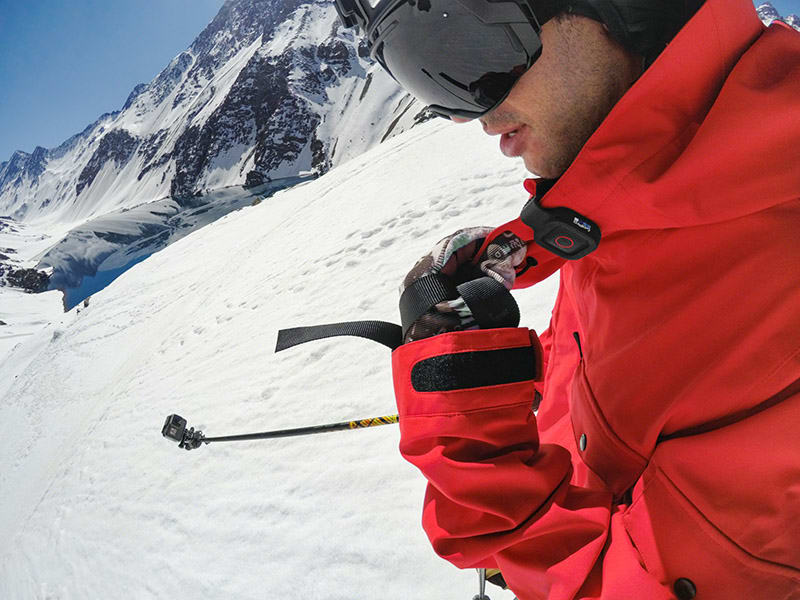 One of the reasons we gave both of GoPro's new cameras -- the Hero5 Black and Hero Session -- good scores is that they both allow you to use voice control to do things like start and stop recording, take photo bursts, set a highlight tag, shoot pictures, change modes and switch the camera off. In our tests, we found that the feature works well, although on blustery days wind noise can prevent the camera's microphones from picking up the sound of your voice. In part to address that sort of problem, GoPro just unveiled the Remo, a voice-controlled remote meant to be used with its new voice-controlled cameras. Like the Hero5 Black itself, the clip-on remote is waterproof, albeit to 16 feet here instead of 33. It also responds to the same commands as the two cameras, in 10 languages.

In addition to controlling for wind noise, you might clip it to pets or small children and start a recording from afar. In that use case, the voice commands will work with in a 33-foot range. The remote is available now for $80, with both clip and wrist housings included in the box. That's a reasonable price for a stocking stuffer (no coincidence GoPro announced this on Black Friday, right?), but hopefully Engadget can test one soon so that we can actually vouch for it.

Source: GoPro (1), (2)
In this article: cameras, gadgetry, gadgets, gear, gopro, goproremo, remo, video
All products recommended by Engadget are selected by our editorial team, independent of our parent company. Some of our stories include affiliate links. If you buy something through one of these links, we may earn an affiliate commission.