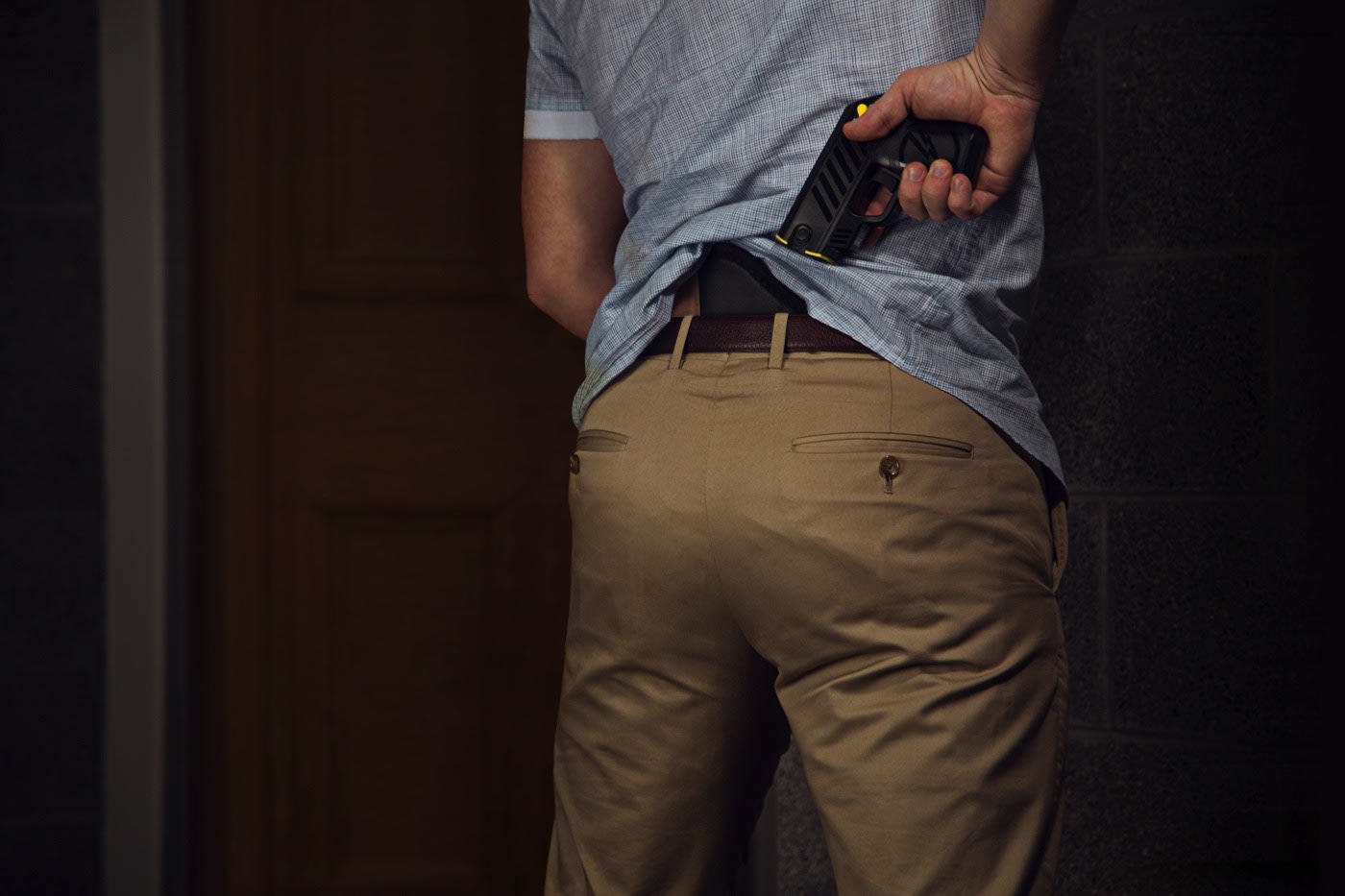 The Firearms Policy Foundation and Matthew Avitabile are suing New York state over a regulation that outlaws the possession of electronic weapons including stun guns and Tasers. Avitabile happens to be the mayor of Middleburgh, New York, and he wants to buy a Taser or stun gun for his home, according to court documents filed over the weekend. His lawyers argue that the New York ban on owning stun guns is unconstitutional, violating the Second Amendment right to keep and bear arms.

New York is one of five states that prohibits the possession of stun guns and tasers -- the remaining four are Hawaii, Massachusetts, New Jersey and Rhode Island. A handful of cities and towns across the US also have bans in place. In 45 states, electronic weapons are legal for use in the home, and in most states it's also legal carry a stun gun in public. New York Penal Law § 265.01 disagrees with this approach, making it a criminal misdemeanor to "possesses any firearm, electronic dart gun [or] electronic stun gun."

Avitabile's lawyers cite the Second Amendment ruling in District of Columbia v. Heller, a 2008 US Supreme Court case that overturned a ban on handgun possession in the home and made it legal to store weapons so they can be readily deployed for self-defense.

Via: Ars Technica
Source: Washington Post
In this article: constitution, culture, gadgetry, gadgets, guns, lawsuit, NewYork, politics, SecondAmendment, security, StunGun, taser, weapons
All products recommended by Engadget are selected by our editorial team, independent of our parent company. Some of our stories include affiliate links. If you buy something through one of these links, we may earn an affiliate commission.