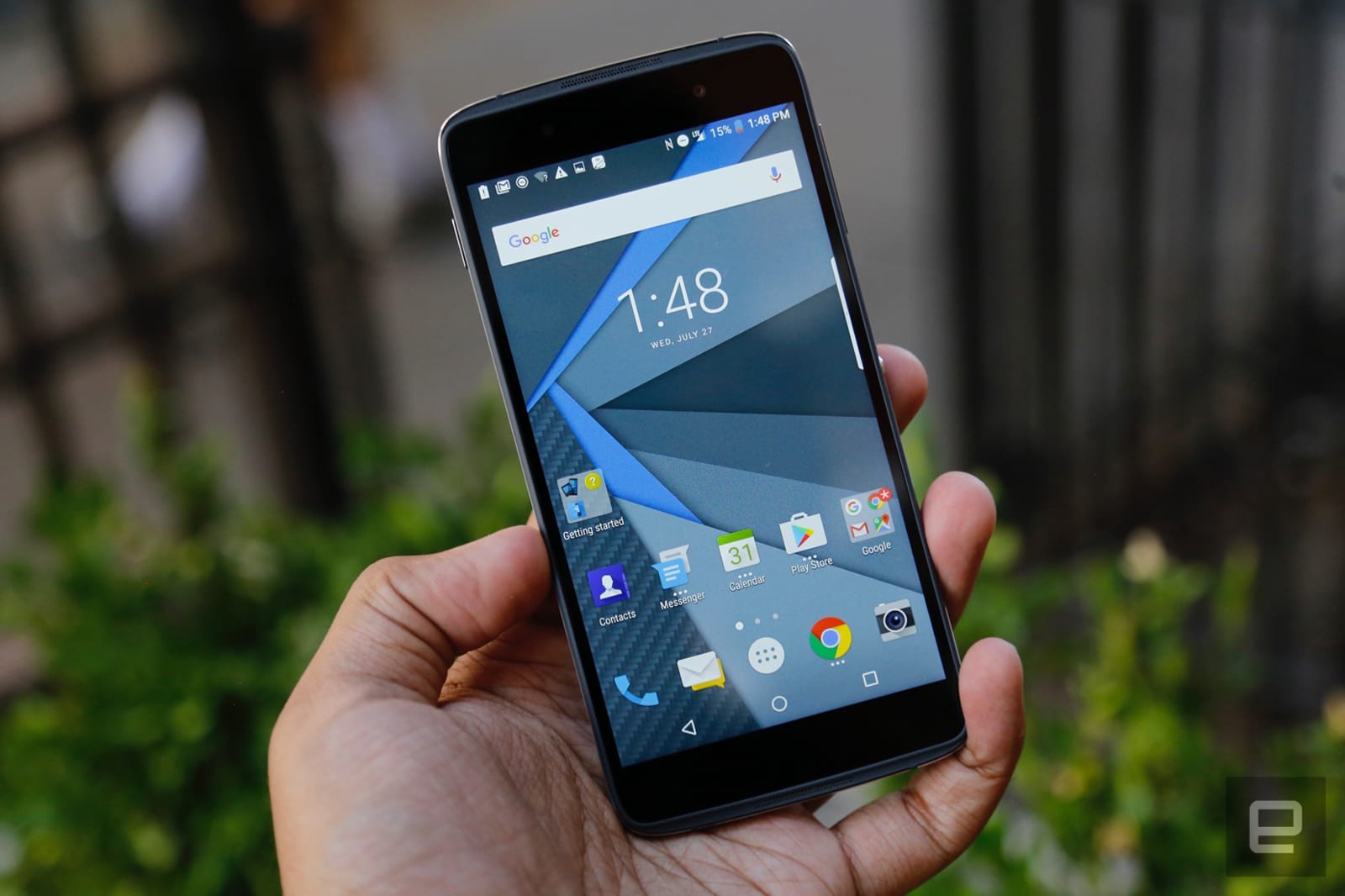 BlackBerry's days of making its own smartphones are over, and that means it's time to hand the responsibilities over to someone else. The Canadian company has reached a "long-term" deal with TCL (which repurposed Alcatel phones as the BlackBerry DTEK50 and DTEK60) that licenses both the BlackBerry name and software for future devices. TCL will design, build, sell and support the hardware -- BlackBerry is just putting its security-oriented spins on the resulting handsets. You'll learn more about the phones resulting from the deal in the "coming months."

You could see this pact coming from a mile away: there were already expectations that BlackBerry phones would carry on, and TCL was already a close partner. Even so, it's an important symbolic step. After years of trying and failing to turn its smartphone business around, BlackBerry is officially handing the baton to another company that has had a much better time in the modern phone market. You probably won't see a full-on BlackBerry revival any time soon, but that's not really the goal here. The TCL deal keeps the BlackBerry name in the public eye, and gives its remaining software business a better shot at success.

Source: Marketwired
In this article: alcatel, android, blackberry, gear, smartphone, tcl
All products recommended by Engadget are selected by our editorial team, independent of our parent company. Some of our stories include affiliate links. If you buy something through one of these links, we may earn an affiliate commission.