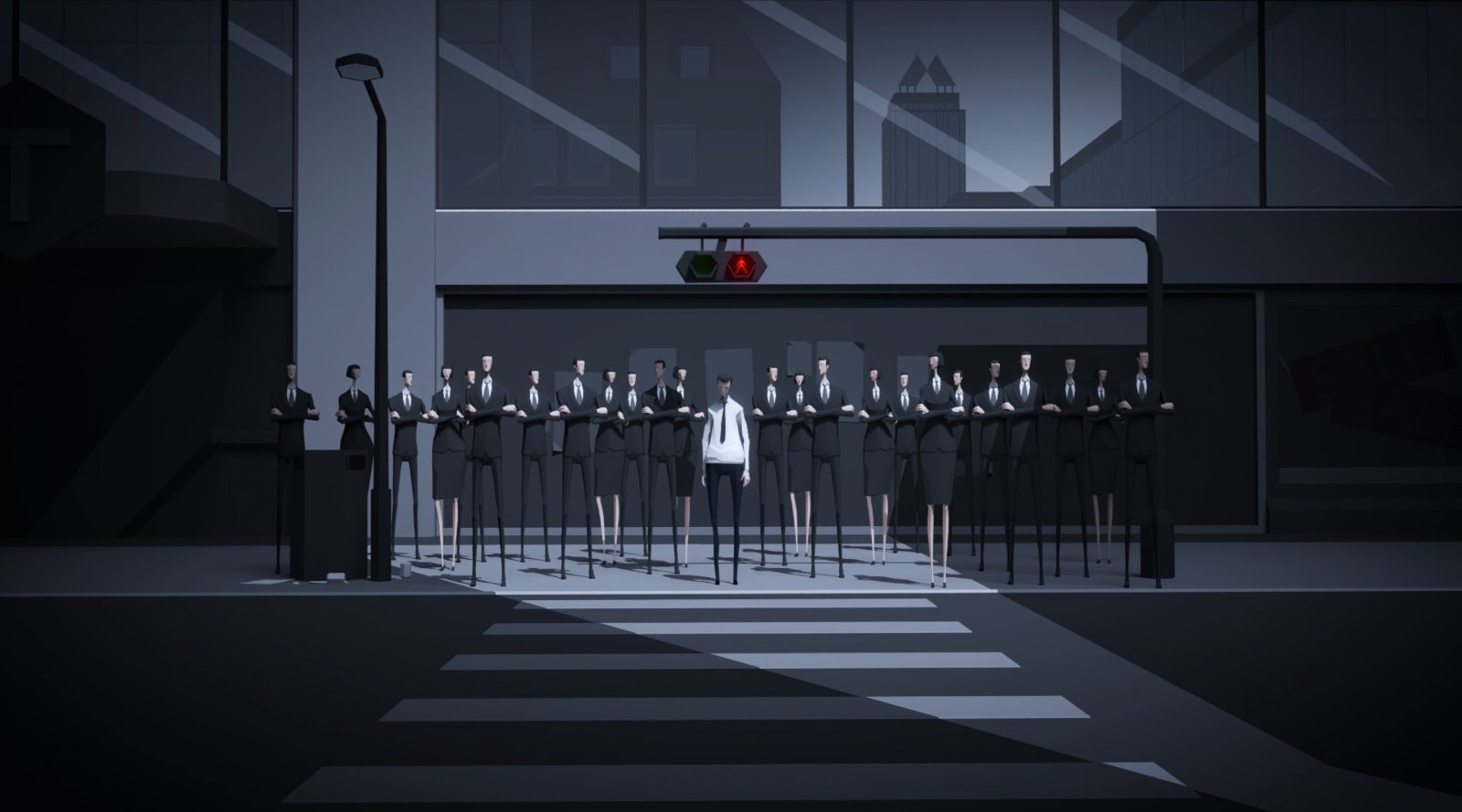 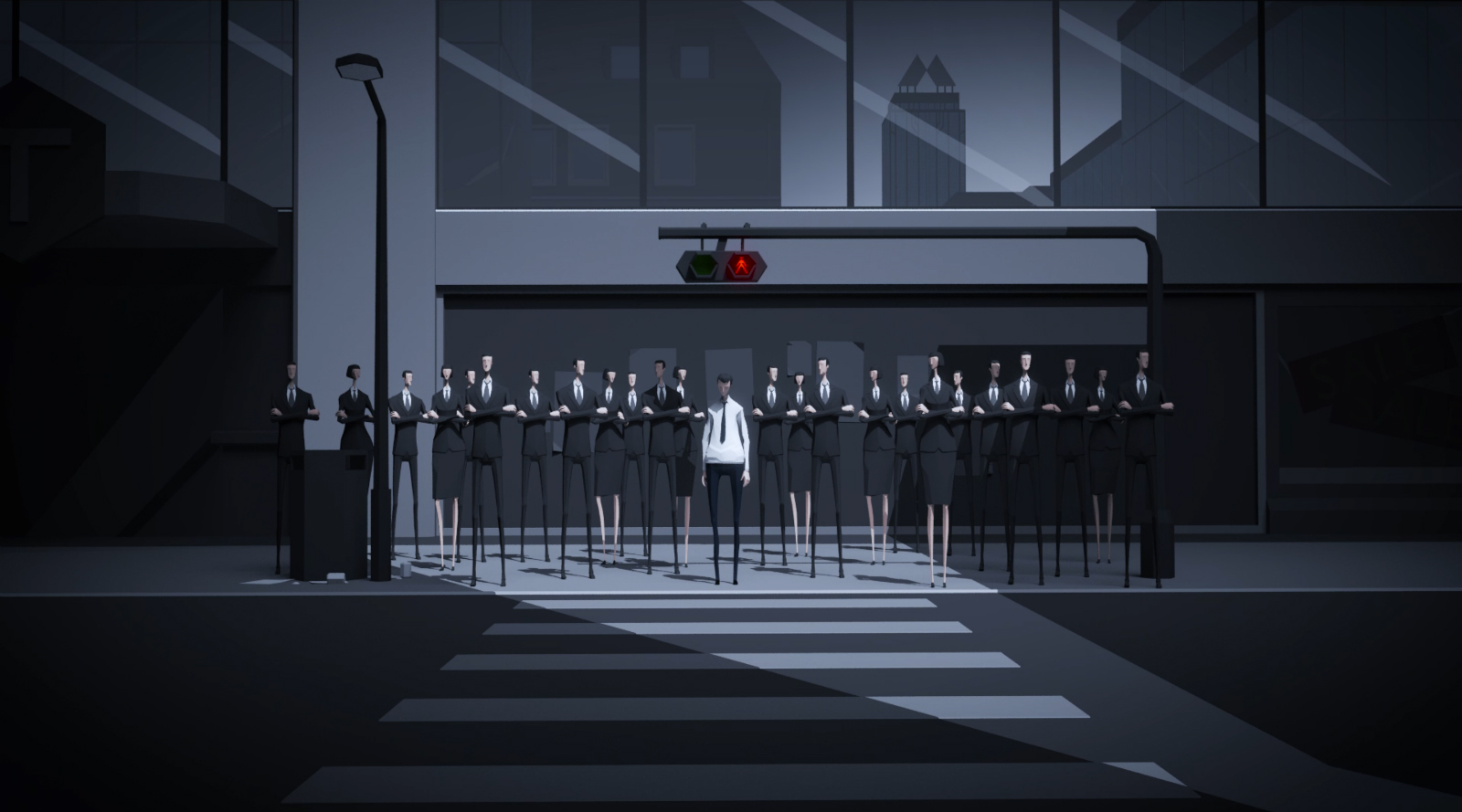 Adrian Husby and Martin Kvale have been working together since 2011, when they were finishing up their bachelor's degrees in Norway. That's when they began conceptualizing Among the Sleep, a surreal first-person horror game that puts players in the shoes of a toddler, waddling around a suburban house at night as stranger and stranger things creep through the floorboards. With their studio Krillbite, they released Among the Sleep in 2014. It was a hit, selling well across PCs and consoles and garnering a handful of awards.

Today, Husby and Kvale are hard at work on their new project, Mosaic. It's a mysterious, atmospheric game that retains Krillbite's trademark creepy vibe. They only want to tease Mosaic for now; they don't want to give too much away before its expected release on PC and PlayStation 4 in late 2017. As they attempt to describe Mosaic while maintaining its mystery, Husby and Kvale play off each other as old friends do.

"It's like Brazil has a baby with Every Day the Same Dream and World of Goo," Kvale says.

Husby adds, "With some driblets of Kentucky Route Zero."

"Like sprinkles," Kvale says with a laugh. "It definitely has a lot of inspiration from that game as well; it's a beautiful game."

"We draw from a lot of places, definitely," Husby concludes.

It's clear that Mosaic is very different than Among the Sleep, but it still feels like a Krillbite game. In its first teaser trailer, Mosaic is bleak and highly stylized, featuring a man with thin, spindly limbs trapped in a monotonous nine-to-five cycle: He brushes his teeth, travels to work alongside crowds of people in suits staring at their phones, and goes home. He does it again. And again. The repetition is cut with scenes of strange technological intervention: A server clicks on, seemingly controlling the movement of the working-class horde. In a flash, the protagonist's head turns into a fish. We see him sinking into a deep body of water.

Even if the game's story line remains mysterious, its focus is obvious. This is a dystopian nightmare, a commentary on the monotony of modern life and the life-sucking pull of technology.

"We live our everyday lives in a very systematic manner," Husby says. "So we go through, to and from these jobs to serve this continuous loop of income and spending, and all that stuff. That's at the very core of this experience. And of course, how that affects our lives. How does it feel to live in a city where everything's just automatic and systematic and cold? Inhuman, somehow."

Kvale jumps in, "And how much a system like that could hurt your daily life and a city's well-being, kind of."

"I think I'd rather call it an adventure game than a horror game," Husby adds.

They both agree on this final description but with a few caveats. Mosaic isn't a traditional point-and-click adventure game. It has puzzle elements, but they're not presented in an expected way, Husby says. Plus, the narrative is extremely experimental.

"It's fragmented and weird," Husby says. "So there's a bunch of unchartered territory that makes it hard to describe."

Mosaic draws from Husby and Kvale's experience as independent game developers in Norway. The art is blue-tinged and desaturated, drawing from the long, dark winters in their home country. And the story itself -- the mobs of people rushing to work every day, eyes glued to their phones -- stems from Husby's feelings of displacement in a busy city. The Krillbite team works hard, but it doesn't conform to the standard nine-to-five lifestyle.

"When you live a very alternative life, I guess, but you're still living in the same environment as this, you go to and from your job and you definitely feel like an outcast somehow," Husby says. "Standing in the tube in the morning, looking around, it's people on auto-pilot ... If we're able to capture that, that's proof we've come a long way."

Phones play a big part in Mosaic's story. The world is filled with people wearing the same suits, going to the same jobs, staring at the same screens. This obsession with technology is a central theme, and there's even a playable mini-game inside the main character's phone. It's a simple, microtransaction-style mobile game that, for now, Krillbite is calling Bleep Bloop. Players will be able to mess around with Bleep Bloop for as long as they want while they're playing Mosaic; it's a game within a game about the dangers of technology addiction. 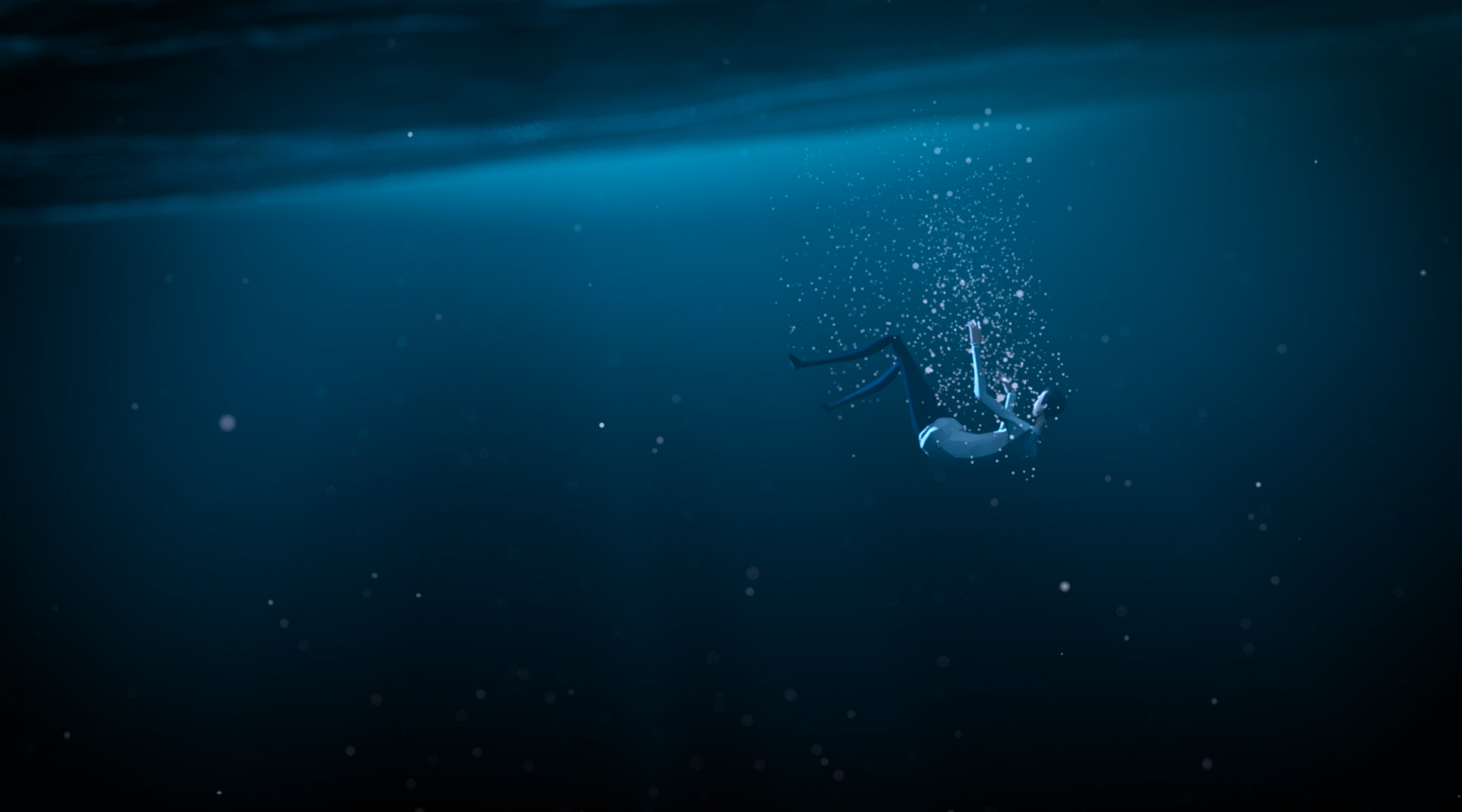 That's all Husby and Kvale will say about Mosaic for now. They want to maintain the game's mystery while still intriguing potential players, which is one reason they released the teaser trailer so far ahead of their expected launch window. One thing they learned from Among the Sleep was how important it was to hear from fans, to feel the anticipation around their game.

Husby and Kvale at least want to make it clear that Mosaic is just as creepy, fantastical and surreal as Among the Sleep, but it's presented in a very different package. Among the Sleep was more survival horror while Mosaic is filled with existential dread.

"This is more, think of your own life and go cry in the corner," Kvale says. Husby nods in agreement.

In this article: AmongTheSleep, av, Existentialism, gaming, horror, Indie, krillbite, mosaic, norway, personal computing, personalcomputing, playstationexperience2016
All products recommended by Engadget are selected by our editorial team, independent of our parent company. Some of our stories include affiliate links. If you buy something through one of these links, we may earn an affiliate commission.