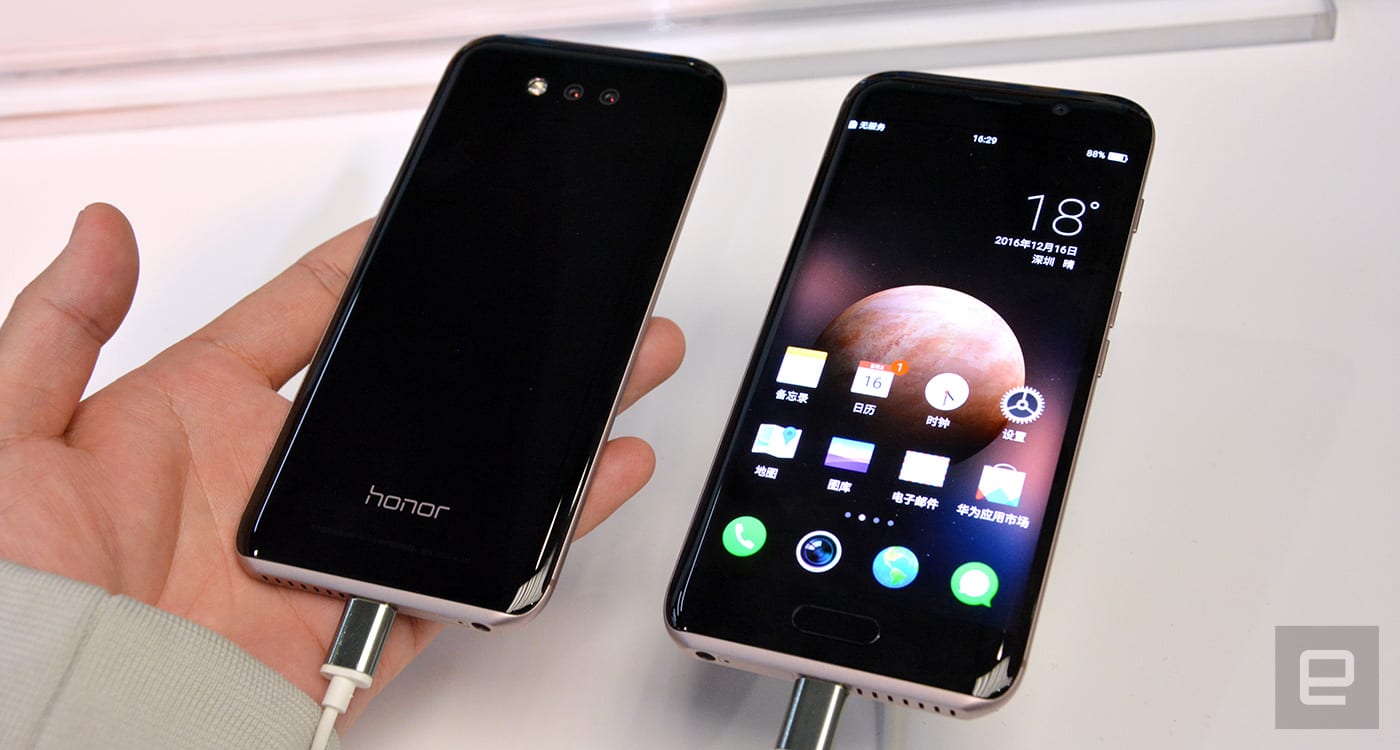 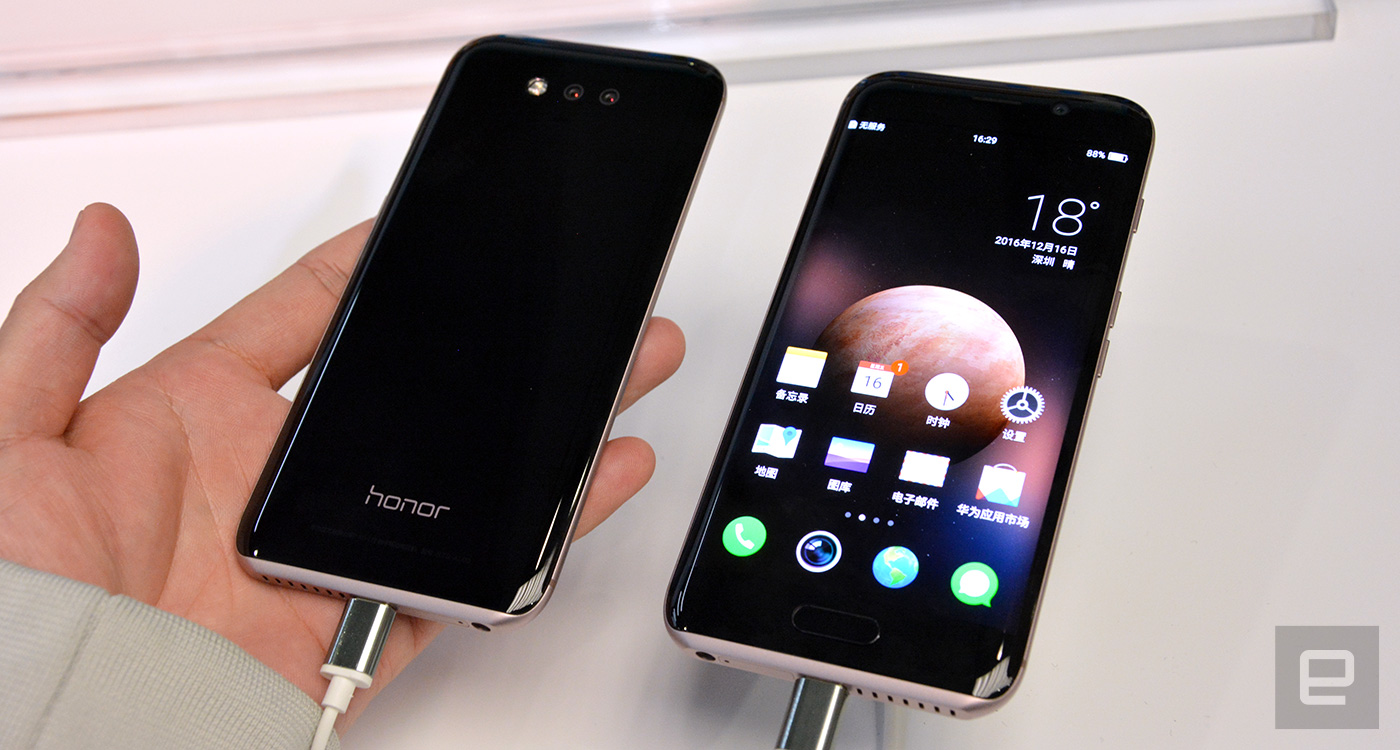 Huawei is probably best known for its Leica-branded smartphones aimed at high-end users, but its e-commerce brand Honor has also been busy entertaining affordable markets with some surprisingly nice devices -- namely the 8 and the Note 8. To wrap up the year, today the company announced the Honor Magic to showcase some of its latest goodies. "This is an experimental product of ours," said Richard Yu, CEO of Huawei's Consumer Business Group. "This concept phone will help us pre-evaluate uncertain future technologies." In a nutshell, the Magic is a mix of fresh design, faster charging tech, smarter assistant and interesting improvements on other aspects of user experience. First and foremost, the device comes with a nice 5.09-inch AMOLED curved display with QHD resolution (577 ppi), and Honor took one step further by also curving the top side. These three round edges are mirrored to the phone's glass back, so if it weren't for the metallic chin and mid-frame, the Magic would resemble a piece of polished black pebble. And because of the moderate body size plus the curved back, the Magic feels nice in my hand. 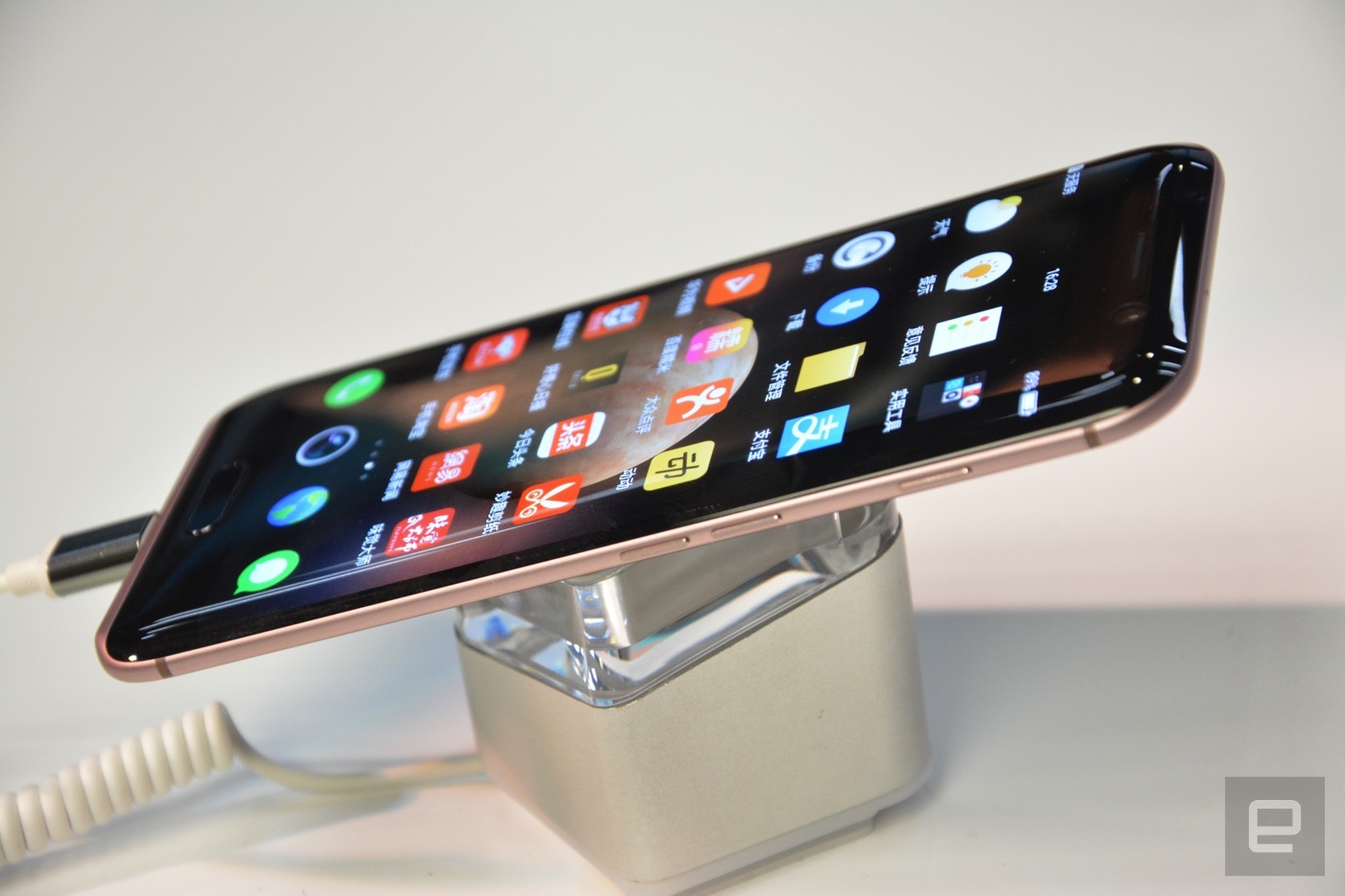 To my surprise, the Magic is powered by an aging Kirin 950 -- the same octa-core SoC inside last year's Mate 8 -- which is quite disappointing for a "concept phone." That said, it still comes with 4GB of RAM plus 64GB of internal storage, the same set of cameras as the Honor 8 (a 12-megapixel f/2.2 dual-lens camera plus an 8-megapixel f/2.4 selfie camera), global LTE bands and dual SIM connectivity (but secondary SIM is limited to 2G). Gone are the usual Android navigation keys below the screen; they are all rolled into the multi-function fingerprint reader on the front: Press for home, double tap to show recent apps and swipe left to go back. I'm not a fan of this implementation, but it does free up some space on the bezel for easier holding.

The 2,900 mAh battery here may not sound so appealing when many of the latest flagship phones are offering an extra 300 to 800 mAh more juice, but the focus here is actually on the battery's new graphite structure courtesy of Huawei's 2012 Lab. According to internal tests, a 10-minute charge can already get a depleted battery back to 40 percent, whereas a 20-minute charge gets you up to 70 percent. Based on our quick percentage conversion, this appears to be breaking the record previously set by the Moto Z Force and its 30W charger. And for those who are wondering, Honor pointed out that there are protection mechanisms in the phone, the charger and even the bundled cable to keep you safe.

One less noticeable addition on the Magic is the infrared camera on the front, which makes use of Tobii's eye-tracking algorithm. When you pick up the phone, the screen will automatically turn on only when you're looking at it. This means you won't have to find the power button while picking up the phone. On top of that there's the FaceCode feature: The notification content on the lock screen is hidden by default, but it's automatically displayed when the phone recognizes your registered face. 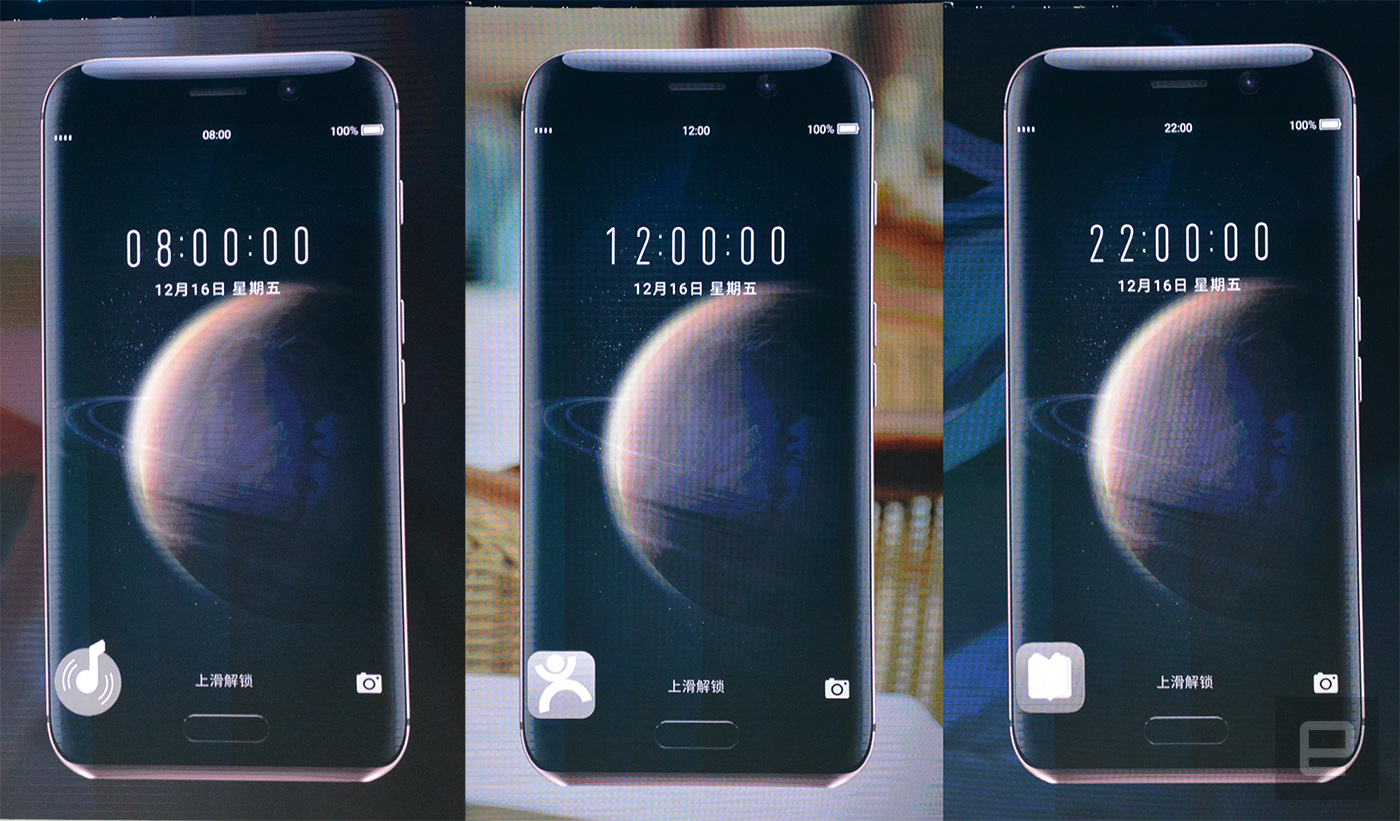 Things get even more interesting on the software side. Honor's Magic Live UI is based on Android 6.0 and packs many situation-aware features. My favorite one is the lock screen shortcut key that's automatically generated based on one's daily habit. For instance, over time the phone will learn that when you go to work at 8AM you tend to listen to music, so it'll show the music app's icon in the bottom left corner of the lock screen around that time; at noon you tend to use a restaurant guide app to find a spot for lunch, so the shortcut will be there for you then; and so on. Another useful scenario is when you whip out the phone in the dark, that same spot will give you the flashlight button just in case.

The Magic's lock screen also automatically brings up relevant information based on your location, messages and purchase history. Say when you're off to pick up a parcel from the courier, the phone will load up your parcel's tracking number as you approach one of the designated collection points. Likewise with electronic boarding passes when you're at the airport, and the same goes for movie tickets when you're at the cinema. Soon after booking a cab through an app -- Didi Chuxing, in this case -- the lock screen will also retain the driver's details until your ride starts. All of this is a bit like Google Now but without having to unlock your phone (and besides, Google Now doesn't work in China unless you use VPN).

The list of intelligent features on the Magic doesn't stop there, so we'll keep it brief: There's driving detection to remind the user to switch to the driving interface (Motorola did this first with the Moto X back in 2013); when on WeChat, the default keyboard recommends an answer whenever you get a generic question -- be it about the weather or an address; and long press the home button to toggle DeepThink on-screen keyword search (which is Huawei's own take on Google Now's screen search feature). 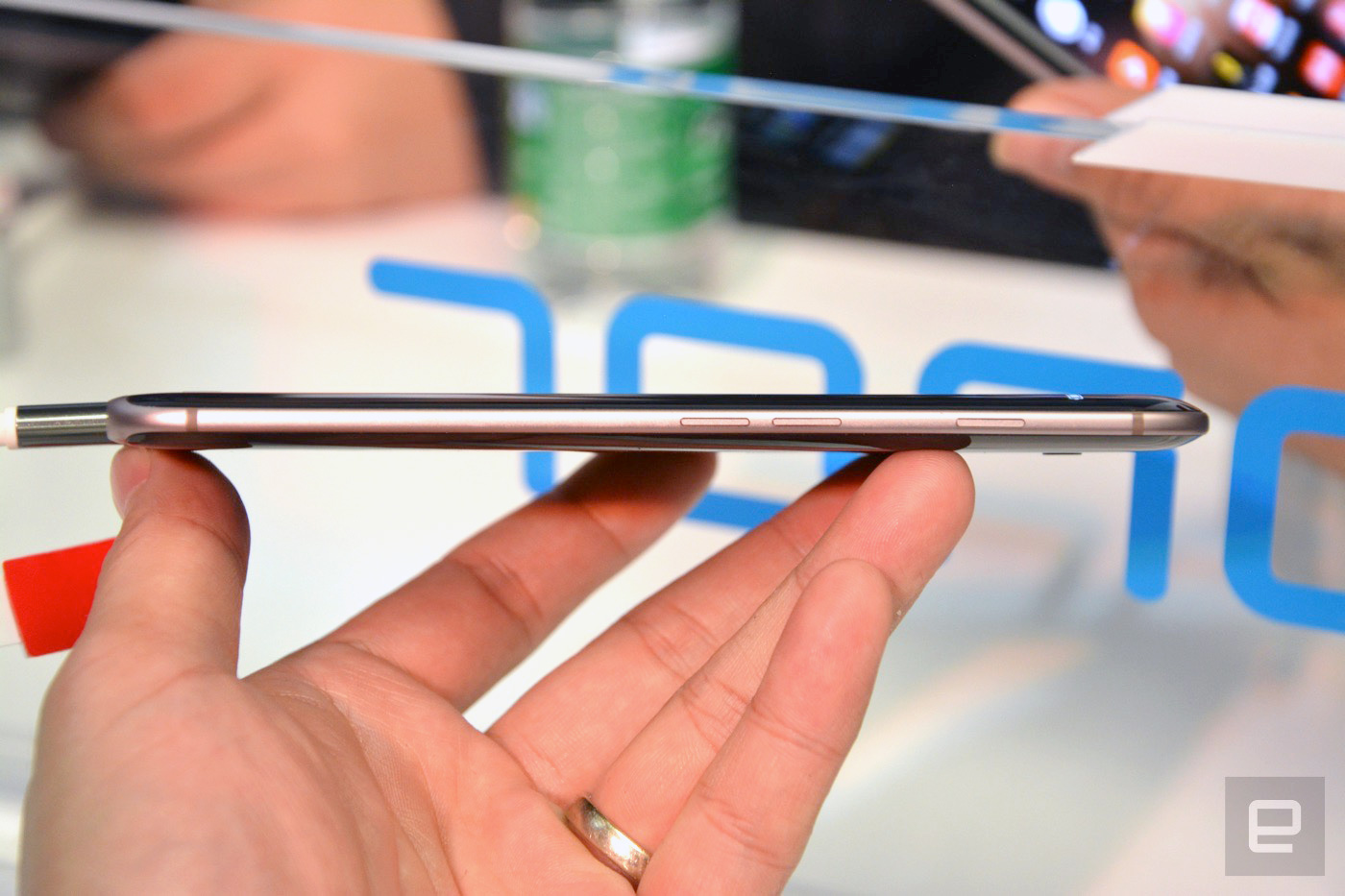 Alas, unlike previous Honor devices, the Magic doesn't come cheap: It's priced at 3,699 yuan which is about $530 -- just a tad more expensive than Xiaomi's very own "concept phone," the Mi MIX. Not that it matters for most of us, anyway, as we understand that much like the Mi MIX, the Magic won't be available outside China. But if all goes well, some of the aforementioned features may eventually end up on future Huawei-branded devices, so just sit back and let others be Huawei's guinea pigs for the time being.

Source: Honor
In this article: china, gear, hands-on, honor, huawei, kirin950, magic, mobile, phone, smartphone, tobii
All products recommended by Engadget are selected by our editorial team, independent of our parent company. Some of our stories include affiliate links. If you buy something through one of these links, we may earn an affiliate commission.