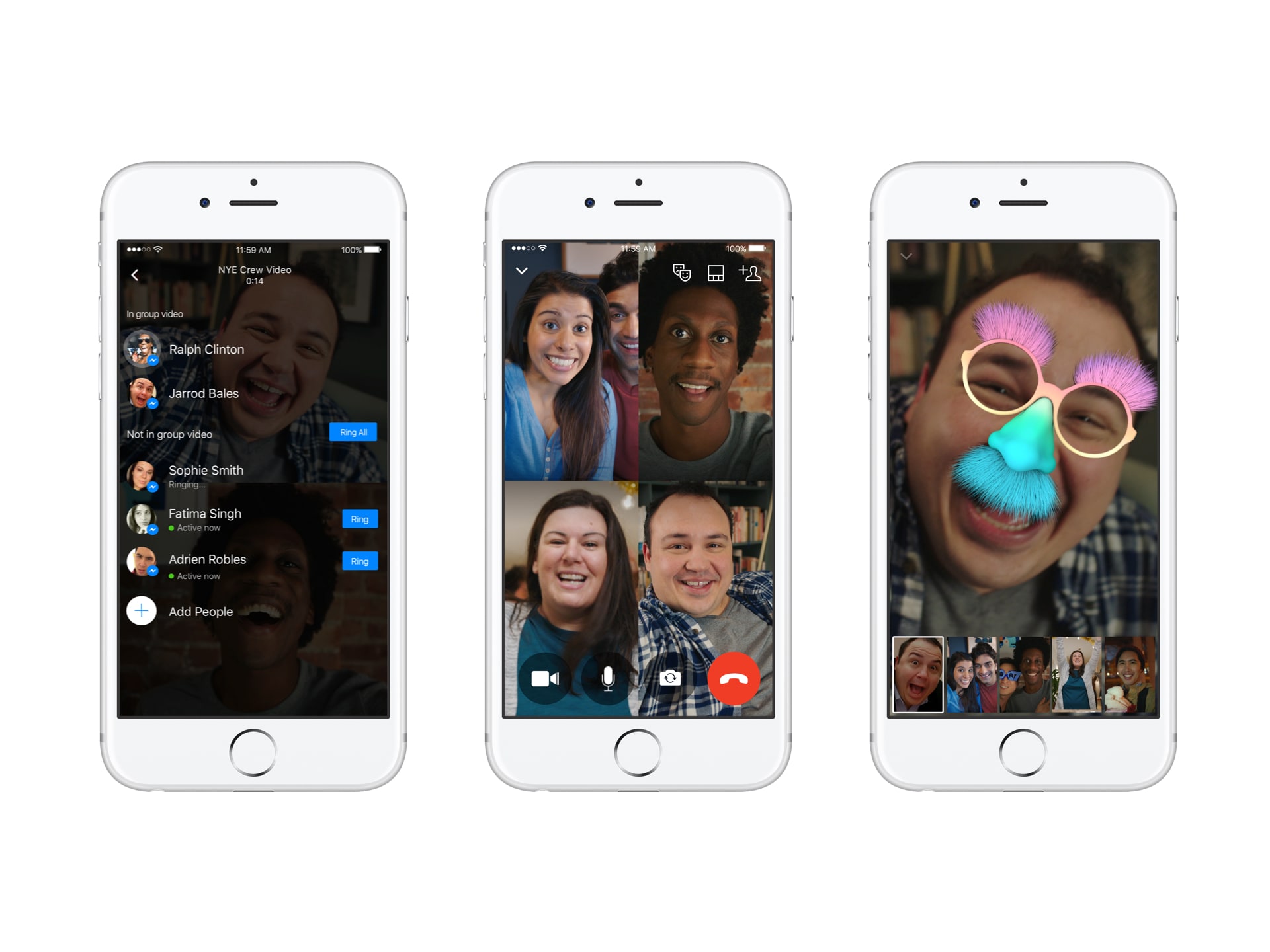 In case you haven't noticed, Facebook has spent a lot of time making video a priority this year, and its latest initiative involves the Messenger app. Today, Facebook is launching group video chat in Messenger for both iOS and Android. The app has had video calling for a good year and a half now, but it was only one-on-one -- but now the app can compete directly with services like Facetime and Skype, both of which offer video calls with multiple participants.

Facebook says its group video chat supports up to six participants -- but you can include up to 50 more participants who can listen in, speak up via voice chat and send a variety of stickers, emoji, GIFs and other foolishness into the conversation. To kick things off, just start a group text chat as you would normally; you'll now see a button in the top corner that lets you ring the participants for a video chat.

Given how Messenger is quickly becoming one of the most dominant communication platforms out there, it makes perfect sense for Facebook to add this feature in -- it's a little surprising it took this long, to be honest. But keeping all these features in one app rather than splitting them up seems to be a smart move. Google split feature apart with its new Allo and Duo text and video chat apps, and both haven't exactly found a ton of traction yet. If you want to try out Facebook's vision for group video chat, the app update is rolling out for iOS and Android today.

In this article: facebook, facebookmessenger, gear, groupvideocalling, mobile, TL18CHAT, videocalling, videochat
All products recommended by Engadget are selected by our editorial team, independent of our parent company. Some of our stories include affiliate links. If you buy something through one of these links, we may earn an affiliate commission.