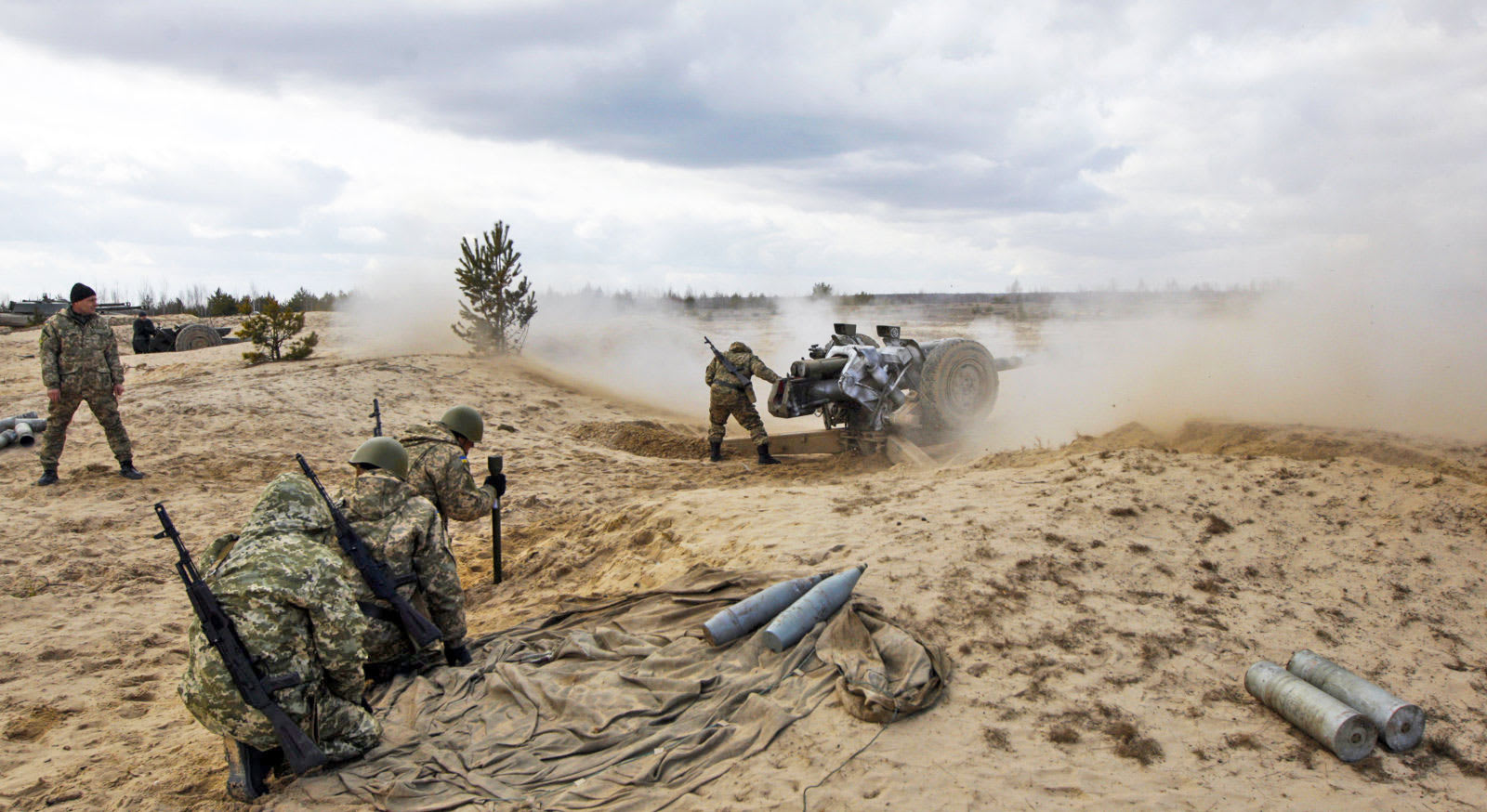 As the conflict in Eastern Ukraine escalates, two separate reports point to Russian hackers disrupting the power grid and weapons in the war-torn country. Outside of Kiev, between 100,000 and 200,000 people were plunged into darkness when portions of the Ukrenergo power company were knocked offline on December 18. The electricity was quickly restored but the situation is raised concerns of infrastructure hacking.

The director of the power company, Vsevolod Kovalchuk, told Defense One that he is 99 percent sure a deliberate attack caused the outage. The event is similar to another blackout last year that was reportedly pulled off by Russian hackers, Sandworm. So far there's no direct connection between the hackers and the Russian military.

Meanwhile it looks like an app built to help quickly target the D-30 howitzers used by the Ukrainian military was hijacked with malware that could have potentially shared the location of those large guns with Russia. Security research firm CrowdStrike notes that from late 2014 thru 2016, a compromised version of the app was distributed through military forums.

The malware was reportedly created by Russian hacking group Fancy Bear which is believed to be behind the Podestra email leaks and has claimed responsibility for leaking the medical records of Olympic athletes.

Source: Defense One, CrowdStrike
In this article: cybersecurity, FancyBear, gear, hackers, hacking, politics, Russia, Sandworm, security, TL17RUSHCK, ukraine
All products recommended by Engadget are selected by our editorial team, independent of our parent company. Some of our stories include affiliate links. If you buy something through one of these links, we may earn an affiliate commission.