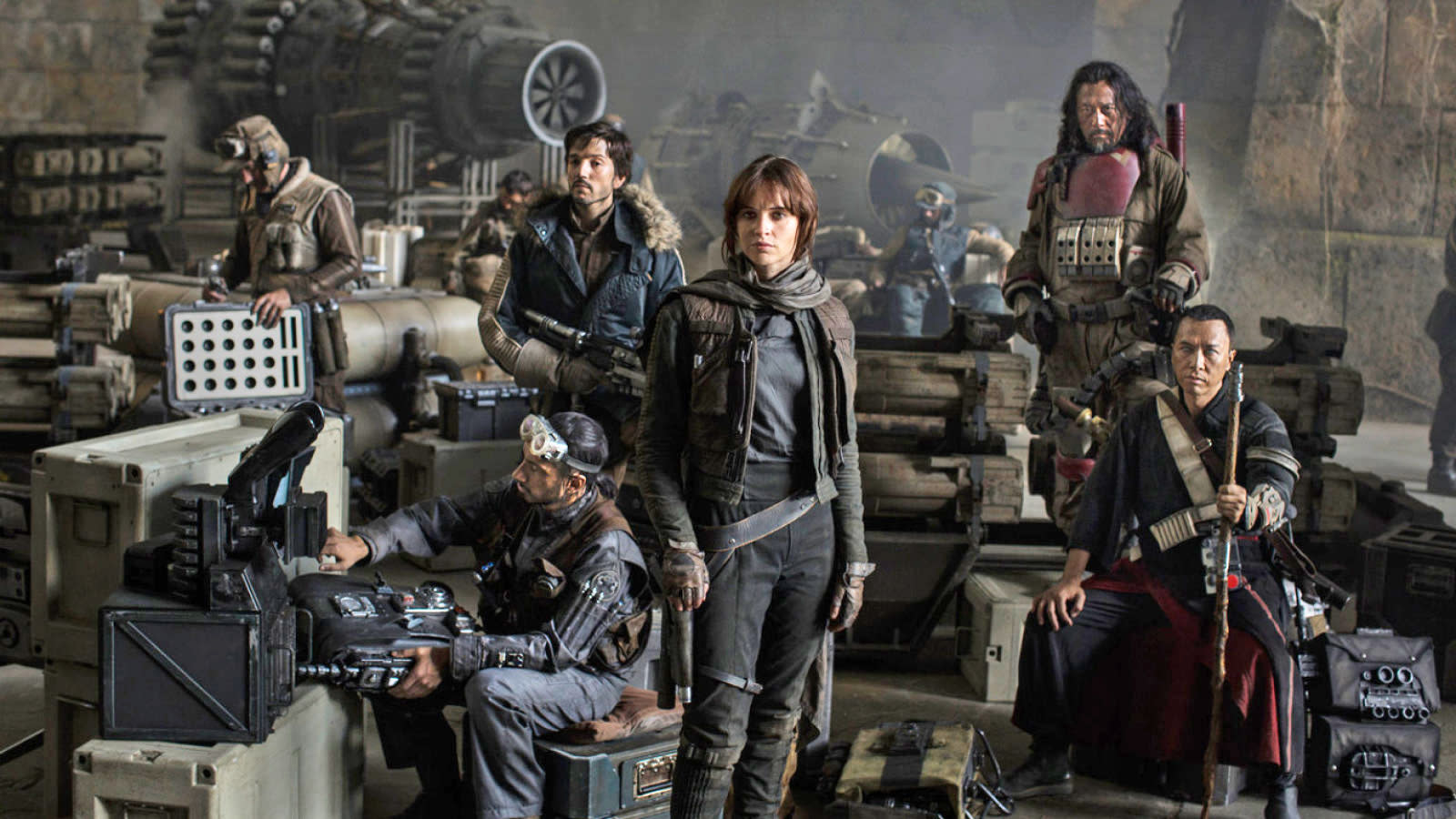 Spoilers ahead for Rogue One: A Star Wars Story.

Two weeks ago, Rogue One: A Star Wars Story debuted, a side tale devoted to bridging the gap between the prequels and original trilogy. But it also spent time with numerous nods to the latter, including digitally resurrecting a character portrayed by an actor who passed away in 1994. While the CG necromancy earned mixed reactions, the resulting animation is an incredible achievement requiring the Rogue One filmmakers to walk a tightrope of technical and ethical concerns.

After they decided that the character in question, Grand Moff Tarkin, would need to be included due to his connection to the Death Star superweapon, the filmmakers set an ambitious plan to recreate him after the original actor Peter Cushing passed away two decades ago. They chose Guy Henry, an actor of similar stature who could affect Cushing's vocal style, to film Tarkin's performances while wearing motion capture materials on his head. Then they began the laborious process to digitally layer Cushing's face on top, which required rigorous tinkering.

For example, Rogue One is lit differently than the franchise's next film, A New Hope, where Tarkin appears: Thus, a more accurate recreation of Cushing's face wouldn't mesh with how the other actors in the scene looked. There were other challenges to hew closer to his performance, like imitating facial tics. The whole process was like "a super high-tech and labor-intensive version of doing makeup," chief creative officer at Industrial Light & Magic John Knoll told The New York Times.

Nevertheless, the CG performance stoked backlash from critics who not only decried the "digital indignity" of resurrecting an actor beyond his or her ability to give permission, but also worried about a slippery slope enabling the studio to bring back other deceased performers. Rogue One's filmmakers defended their decision and denied that the precedent would open floodgates. For one, it was labor-intensive and expensive. To slip other cameo characters in without incurring great cost, the team used unused footage from A New Hope of fighter pilots Red Leader and Gold Leader while completely recasting roles like Rebellion leader Mon Mothma and General Jan Dodonna.

But the worry remains: A final cameo in Rogue One's closing moments shows a familiar bun-haired princess from behind before swapping to a brief facial view of Princess Leia, which the filmmakers had remapped with actress Carrie Fisher's visage from 1977's A New Hope. Unlike Cushing, Fisher was alive and could conceivably have given her personal blessing when Rogue One was in development, but her tragic passing today leaves us wondering just how restrained Disney will be given the character Leia's enduring role in the franchise. The upcoming Episode VIII's shooting may have wrapped back in July, but with this new resurrection tool in Disney's kit, who knows if that will be Fisher's last performance.

Update: This post's original title ambiguously referred to the CG recreation of a "dead actor" to avoid spoiling the late Peter Cushing's role in the film. Unfortunately, the headline was written before actress Carrie Fisher passed on today and seemed to refer to her and her cameo. We apologize for any perceived insensitivity.

In this article: av, CarrieFisher, ComputerAnimation, entertainment, PeterCushing, reanimation, RogueOne, StarWars
All products recommended by Engadget are selected by our editorial team, independent of our parent company. Some of our stories include affiliate links. If you buy something through one of these links, we may earn an affiliate commission.