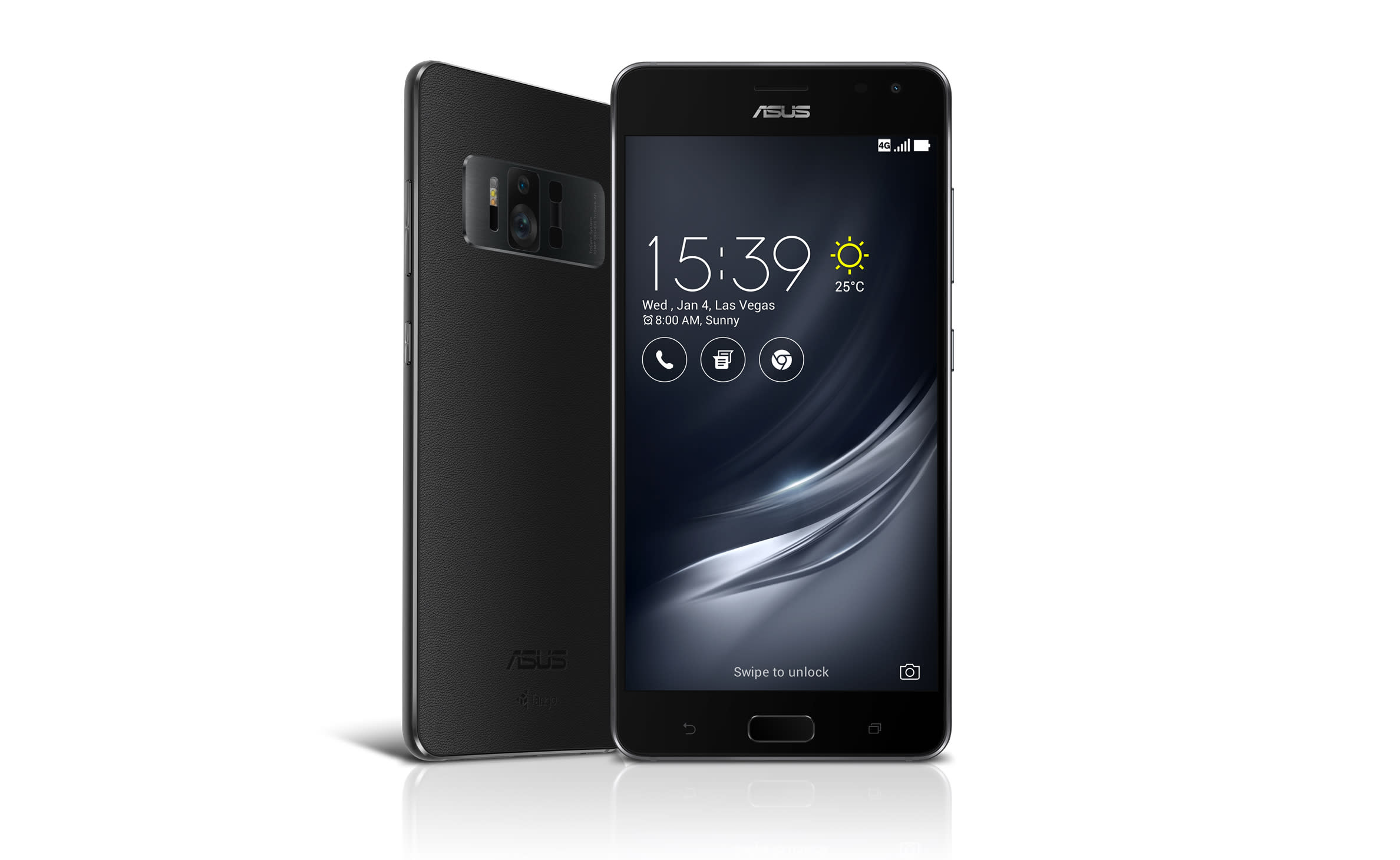 While ASUS's ZenFone AR might have been leaked days early, it's nonetheless a phone that's trying to drag us into the future -- whether that's virtual reality or augmented reality. ASUS says its ZenFone AR will be compatible with both Google's Daydream VR platform as well as Google's Tango augmented-reality tech.

While this is the first smartphone capable of both VR and AR, it's also only the second Tango-compatible Android handset. Even when it comes to Daydream, the phone joins a small group of devices that are compatible with Google's VR platform.

The phone itself is pretty unassuming, with a large camera module that looks like something from Nokia's now-gone Lumia smartphone series. There's an important reason for that: Augmented reality requires plenty of camera and sensor smarts. ASUS's own TriCam system that clusters three camera sensors (a 23-megapixel sensor, alongside motion-tracking and depth-sensing cameras) to reduce the space it takes up, keeping the phone lighter and thinner than it should be.

There's also a lot of power inside: Not only does it have Qualcomm's latest Snapdragon 821 processor, but it's also the first smartphone to cram in 8GB of RAM to keep your augmented (or virtual reality) running smoothly. The ZenPhone AR also crams in a 5.7-inch Super AMOLED display -- a good size for a VR headset -- and a new five-magnet speaker for improved sound, to boot.

How does it fare in practice? We'll be handling one for ourselves at the end of ASUS's big press conference, so stay tuned for more.

In this article: applenews, ar, asus, augmented reality, ces, ces2017, daydream, gear, mobile, tango, virtualreality, vr, zenfone, zenfonear
All products recommended by Engadget are selected by our editorial team, independent of our parent company. Some of our stories include affiliate links. If you buy something through one of these links, we may earn an affiliate commission.