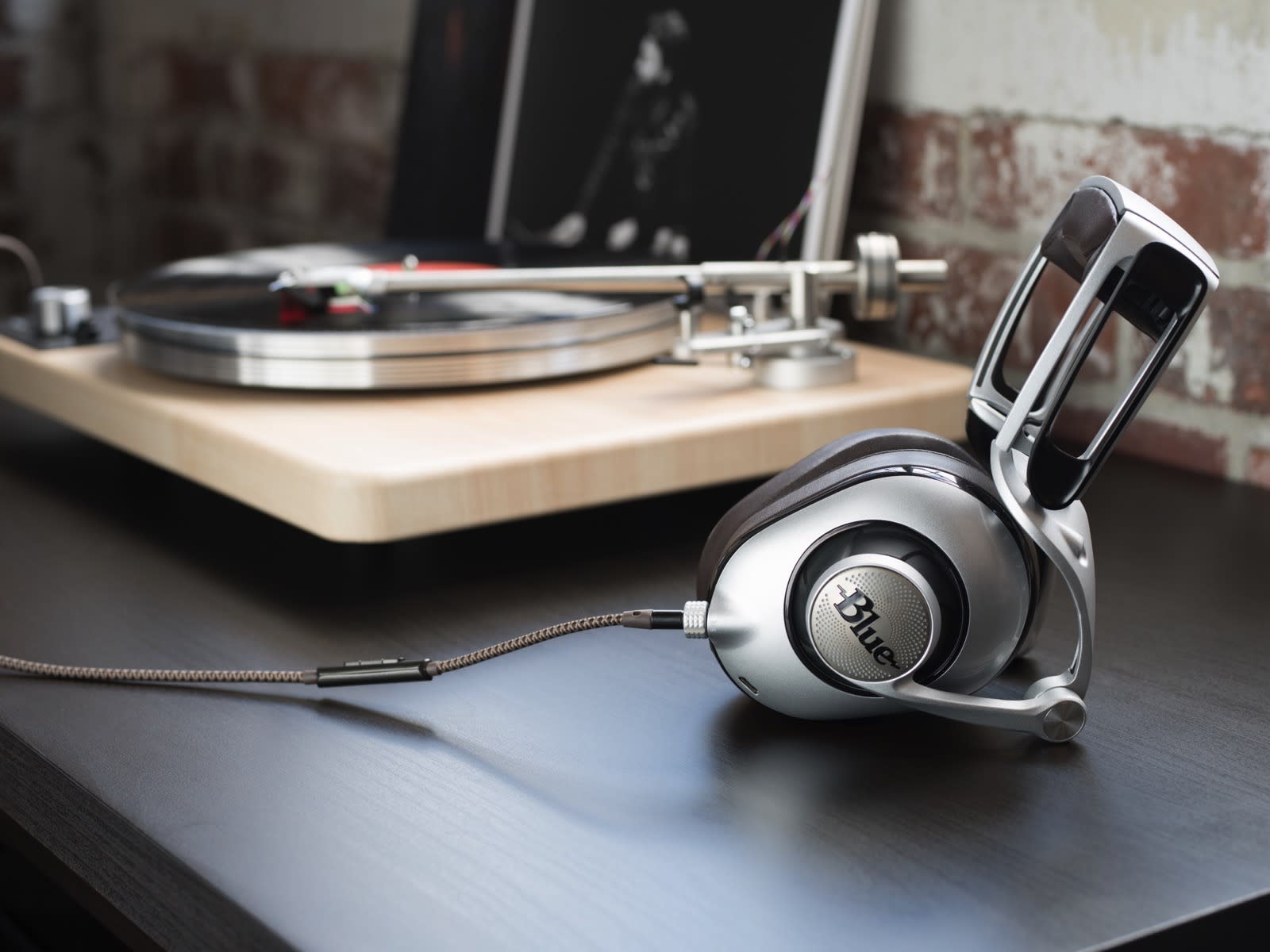 Blue may be a company known more for its studio-grade and USB microphones, but in 2017 it's taking a deeper dive into headphones. After the 2014 introduction of Mo-Fi, a set of headphones with a built-in amplifier, the company released Lola last year. Although that second set didn't feature an amp, it did still offer Blue's rather unique hinged design cut out the added heft. At CES today, the company already took the wraps off of the wireless Satellite headphones and it also has two other models that are set to ship early this year. Blue argues that most planar magnetic headphones "sacrifice impact to achieve higher levels of detail," which creates a sound "that's more clinical than emotional." The company says Ella offers both the power and the detail thanks to the built-in 250mW audiophile-grade amplifier. It also claims to be the first to offer that component in a set of planar magnetic headphones. While the sound from Ella should be quite good, a list price of $700 means these aren't for everyone.

For those on tighter budgets, Blue has a more affordable option that still offers a built-in amp. That second set of headphones, officially called Sadie, also carry that familiar hinged design we've seen before from the company. It's appropriate that Blue kept the look that debuted with Mo-Fi as the company says Sadie builds on what its original set of headphones started with "vastly improved performance and superior sound." Changes to the drivers and overall audio give Sadie the ability to perform better and showcase more detail in your music collection than its elder sibling. The best part? Sadie costs a more reasonable $400. Just like Mo-Fi, both Ella and Sadie feature three-way controls for turning the built-in amplifier off or selecting between "On" and On+" modes. Blue says that while the hinge design remains mostly the same, there were some changes to the headband to cut down on the weight and increase comfort. Both devices arrive soon, with the Sadie going up for pre-order this month and Ella set to ship around the same time.

Click here to catch up on the latest news from CES 2017.
In this article: amplifier, audio, av, blue, bluemicrophones, ces2017, gear, headphones, over-ear, overear, planarmagnetic
All products recommended by Engadget are selected by our editorial team, independent of our parent company. Some of our stories include affiliate links. If you buy something through one of these links, we may earn an affiliate commission.