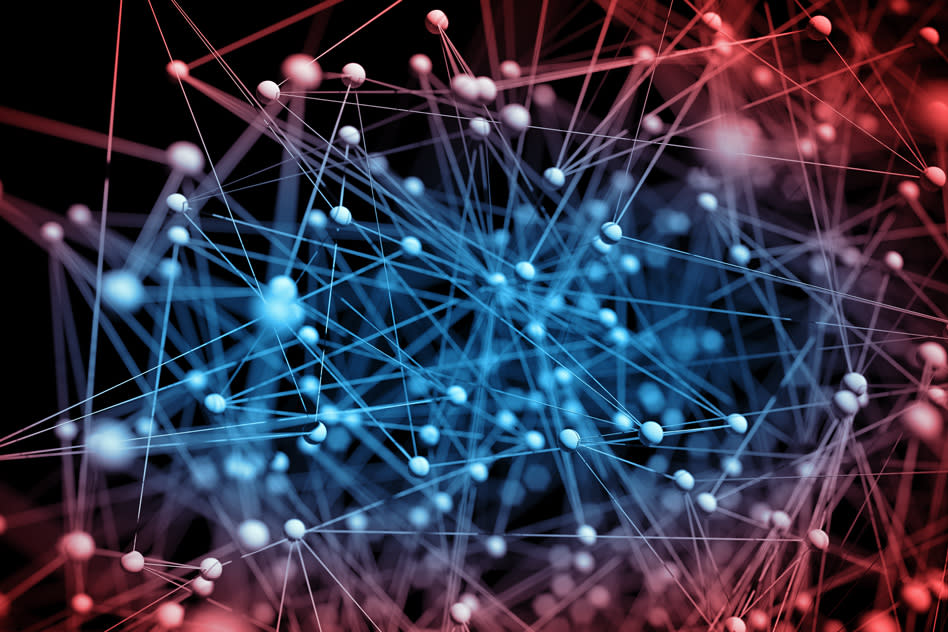 Recent digital tech advancements have produced prototype artificial neurons and light-based neural networks, but we're still discovering ways our brain actually works. Researchers at MIT have built a computational model that could illustrate how inhibitory neurons work efficiently to block others from firing.

The team's model, as described in their paper, uses theoretical computer science applied to a "winner-take-all" operation. It starts with a number of input neurons and finding an efficient configuration of inhibitory ones that will produce a signal from a single output neuron. Abstracting real neural networks in this way could help the field of computational analysis assist neuroscience. NEC Professor of Software Science and Engineering at MIT Nancy Lynch led the team, which will present their results at this week's Innovations in Theoretical Computer Science conference.

"There's a close correspondence between the behavior of networks of computers or other devices like mobile phones and that of biological systems," Lynch said in a press release. "We're trying to find problems that can benefit from this distributed-computing perspective, focusing on algorithms for which we can prove mathematical properties."

In this article: algorithm, ComputerModel, ComputerScience, medicine, mit, NeuralNetwork, neuron, science
All products recommended by Engadget are selected by our editorial team, independent of our parent company. Some of our stories include affiliate links. If you buy something through one of these links, we may earn an affiliate commission.