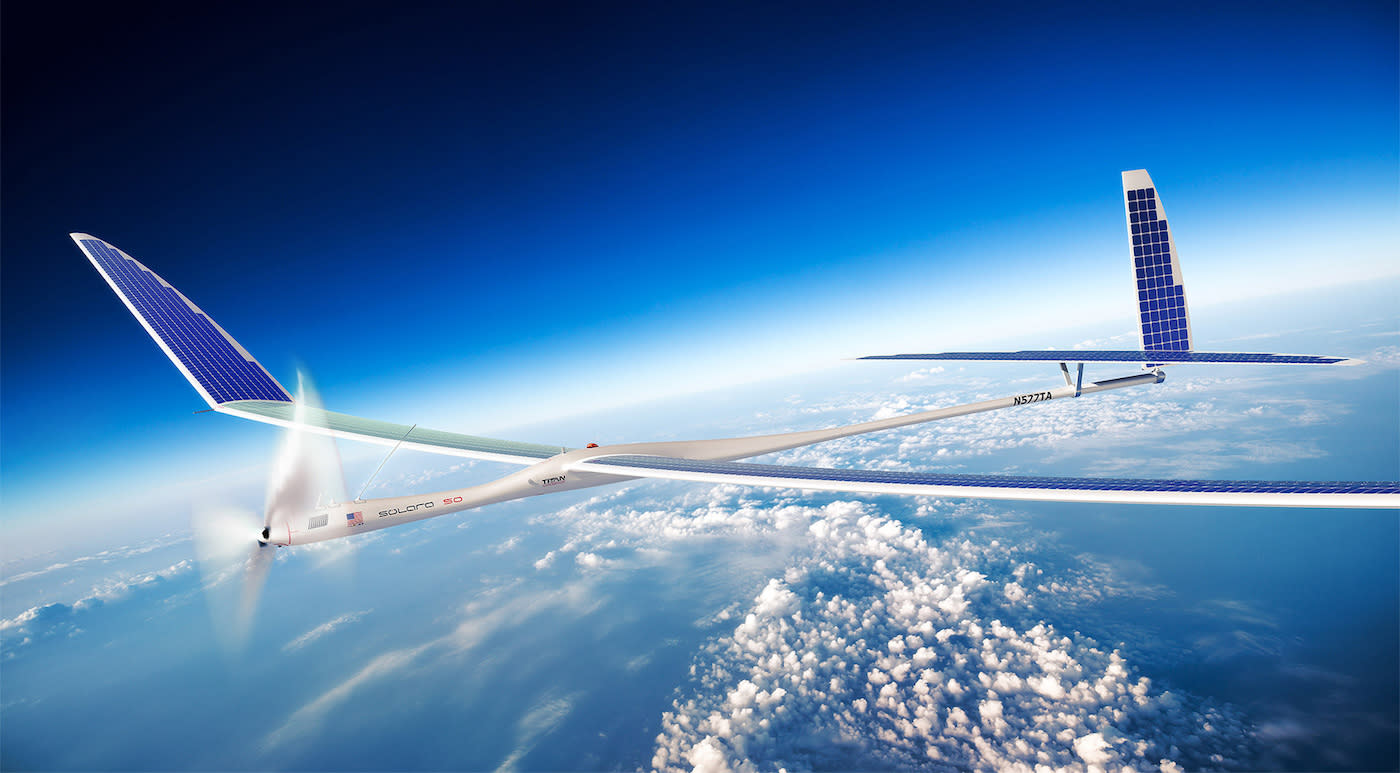 Wondering what happened to Google's solar internet drone project? Unfortunately, we don't have good news. An Alphabet spokesperson has confirmed to 9to5Google that its X division quietly dropped the Titan project shortly after it folded into X in late 2015. It won't surprise you as to why: Project Loon's high-altitude balloons are a "much more promising" way of getting people online in remote locations, the company says. Staffers who were working on Titan have found their way into other "high flying" initiatives, such as Project Loon and Project Wing. You can read the full statement below.

It's a move you might well have seen coming. Titan's 2015 drone crash was bad enough, but there were also reports of problems with both transmitting 5G data as well as a low budget. Also, there's the simple matter of technology: a balloon can stay relatively stationary compared to a drone aircraft, and shouldn't be as likely to fail since there are fewer parts to break.

Finances also help. Now that many former Google projects have to operate separately under the Alphabet umbrella, they're under greater pressure to turn their ambitious ideas into practical, profit-driven concepts. And that means that Alphabet is more likely to shutter initiatives that are either running into trouble or redundant, which is certainly the case here.

"The team from Titan was brought into X in late 2015. We ended our exploration of high altitude UAVs for internet access shortly after. By comparison, at this stage the economics and technical feasibility of Project Loon present a much more promising way to connect rural and remote parts of the world. Many people from the Titan team are now using their expertise as part of other high flying projects at X, including Loon and Project Wing."

In this article: alphabet, drone, gear, google, googlex, internet, robots, science, solar, solara50, solarpower, titanaerospace, x
All products recommended by Engadget are selected by our editorial team, independent of our parent company. Some of our stories include affiliate links. If you buy something through one of these links, we may earn an affiliate commission.