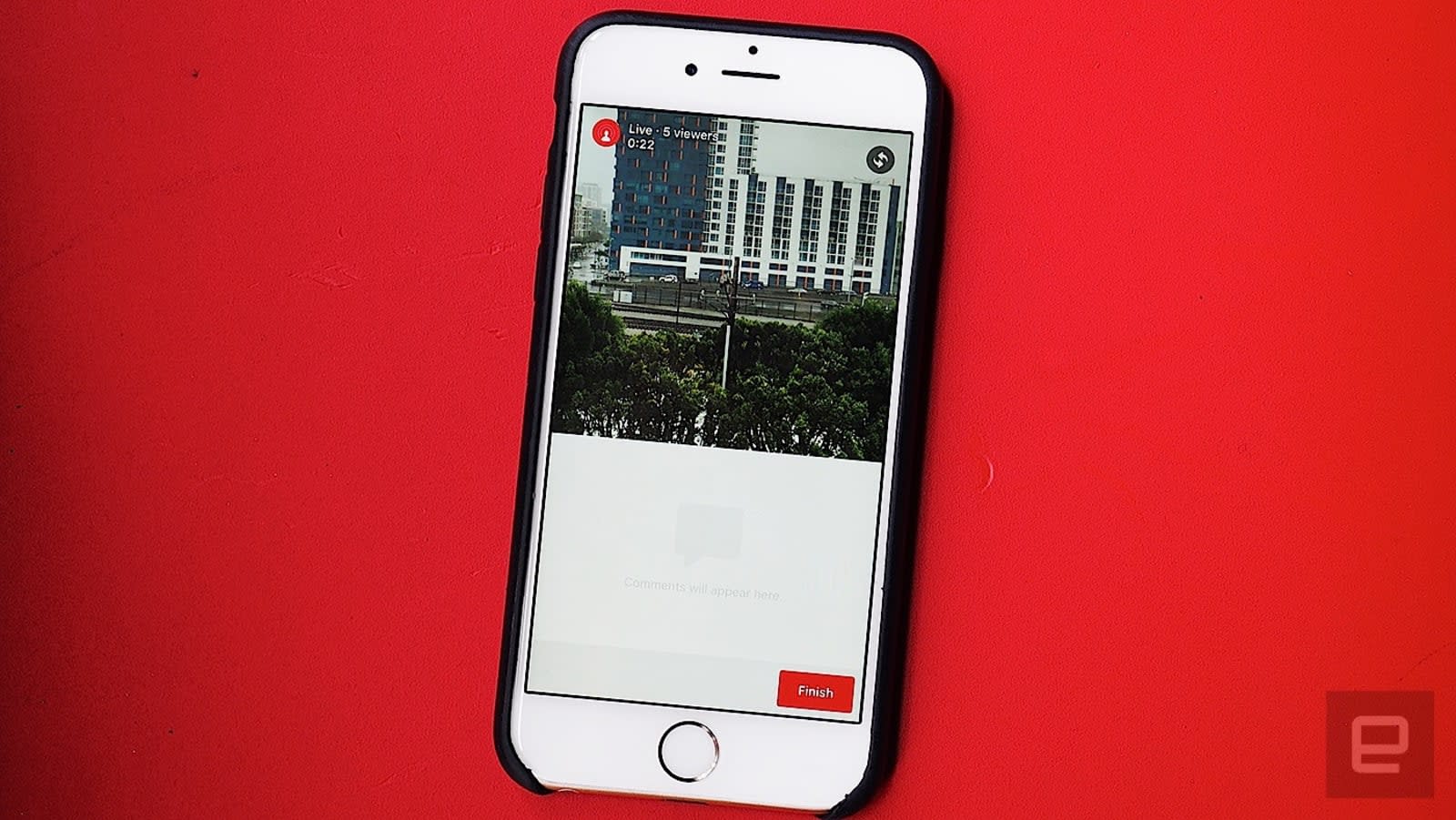 For a while, Facebook was obsessed with live video -- it even paid publishers to make sure there was a steady flow of professionally-shot streams on offer. However, Zuckerberg and company appear to be tempering their enthusiasm a little bit. Recode sources understand that the social network is "de-emphasizing" Facebook Live when it talks to publishers, and isn't expected to renew the pay-to-stream deals it struck in 2016. Instead, the focus is reportedly on long pre-recorded videos.

The company isn't commenting on the report. Supposedly, though, the shift is as much about the cool reception to livestreaming deals as it is changing priorities. While Facebook is still eager to promote user-made broadcasts, publishers weren't enthused with the cash from their deals as it frequently didn't justify the cost of staging a live feed. Why hop on Facebook Live if it'd be easier to do nothing? Facebook didn't intend the paid deals to last long, according to Recode's tipsters, but it might not have had much luck even if it wanted extended agreements.

This doesn't mean that pros will avoid Facebook Live entirely. Major events like electoral debates are still going to draw a lot of viewers, and for some brands it simply makes sense to go live instead of shooting canned video. With that in mind, don't be shocked if you see a marked drop in the number of pro-level livestreams. Not that Facebook is necessarily worried -- if it goes ahead with plans for mid-roll video ads, it could still make plenty of money.

In this article: culture, facebook, facebooklive, internet, livestreaming, services, socialnetwork
All products recommended by Engadget are selected by our editorial team, independent of our parent company. Some of our stories include affiliate links. If you buy something through one of these links, we may earn an affiliate commission.