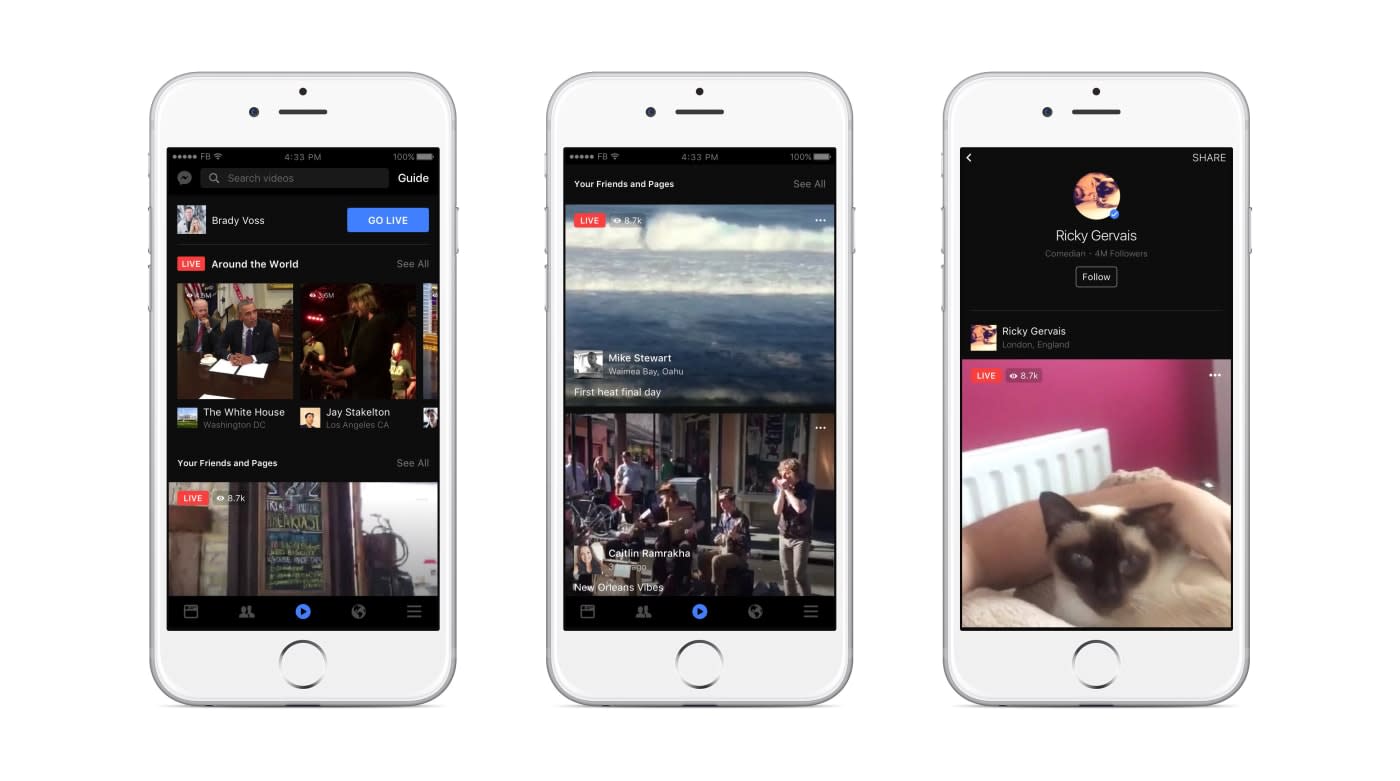 Facebook really, really wants its live video service to be a success -- so much so that it's willing to offer cash to get those streams going. The social network explains to Recode that it's offering a "financial incentive" to some partners to use Facebook Live. It's not naming them, but tipsters say that BuzzFeed, the Huffington Post (one of our sister sites), the New York Times and Vox Media are all on the dole. The terms of the deals are unsurprisingly secret, but the fact that Facebook is offering cash at all is notable. Although the company has clearly been encouraging celebrities to do live broadcasts, it hasn't acknowledged payments until now.

As for why? Simply speaking, the stakes are high. Live streaming on social networks still tends to be dominated by the likes of Twitter's Periscope and longstanding services like UStream, and there may be some fierce competition from YouTube in the near future. Paying big publications to use Facebook Live could make it the go-to source for real-time video, at least for visitors interested in as-it-happens news.

In this article: av, culture, entertainment, facebook, facebooklive, internet, livestream, livestreaming, livevideo, mobile, services, socialnetwork, socialnetworking
All products recommended by Engadget are selected by our editorial team, independent of our parent company. Some of our stories include affiliate links. If you buy something through one of these links, we may earn an affiliate commission.