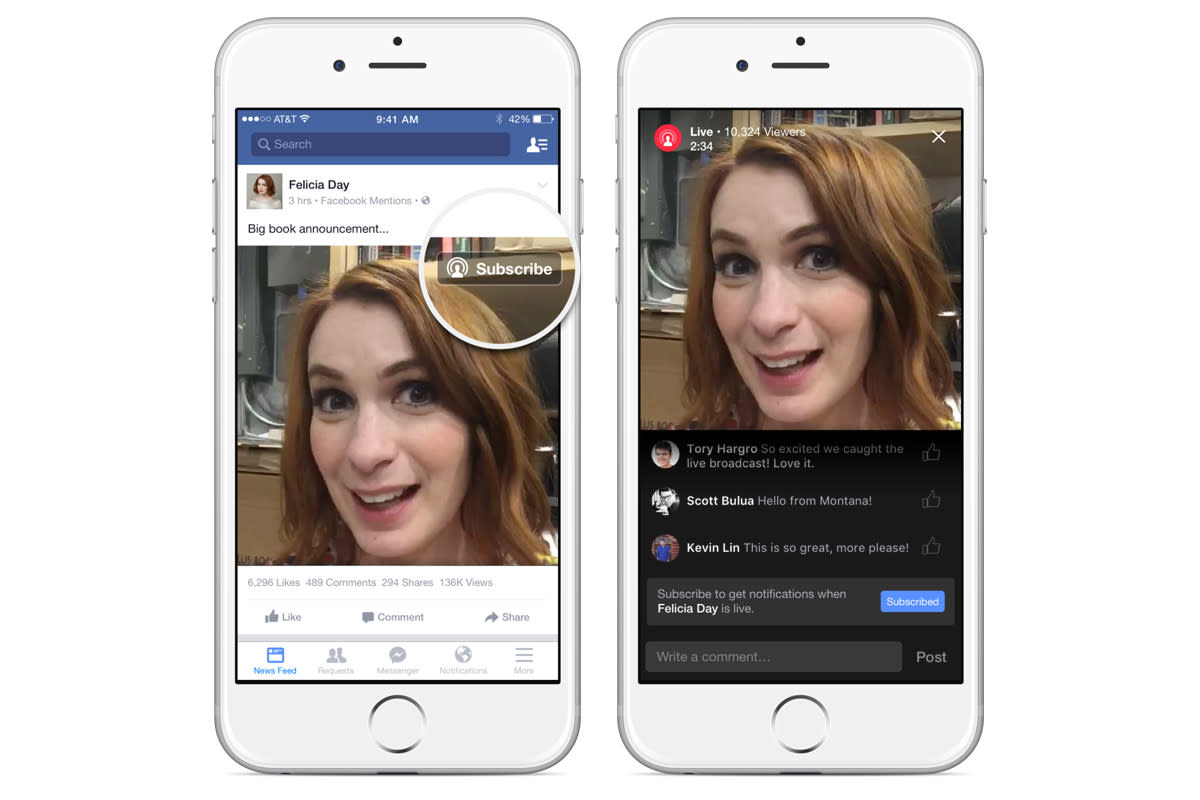 No, Facebook isn't opening up its live streaming feature to the hoi polloi just yet, but it does have the next best thing. It's rolling out a subscription feature to Facebook Live that lets you know the next time your favorite celebrity starts a stream. You'll have to tap the button on a live video (seriously, shouldn't this always be available?), but it'll keep you in the loop the next time a star has a big announcement or Q&A. Clearly, Facebook isn't worried about competing directly with Twitter's Periscope right now -- it's more interested in boosting the profiles of its best-known users than giving everyone a chance to share their lives on camera.

In this article: facebook, facebooklive, internet, live, livestream, mobilepostcross, socialnetwork, socialnetworking, streaming
All products recommended by Engadget are selected by our editorial team, independent of our parent company. Some of our stories include affiliate links. If you buy something through one of these links, we may earn an affiliate commission.