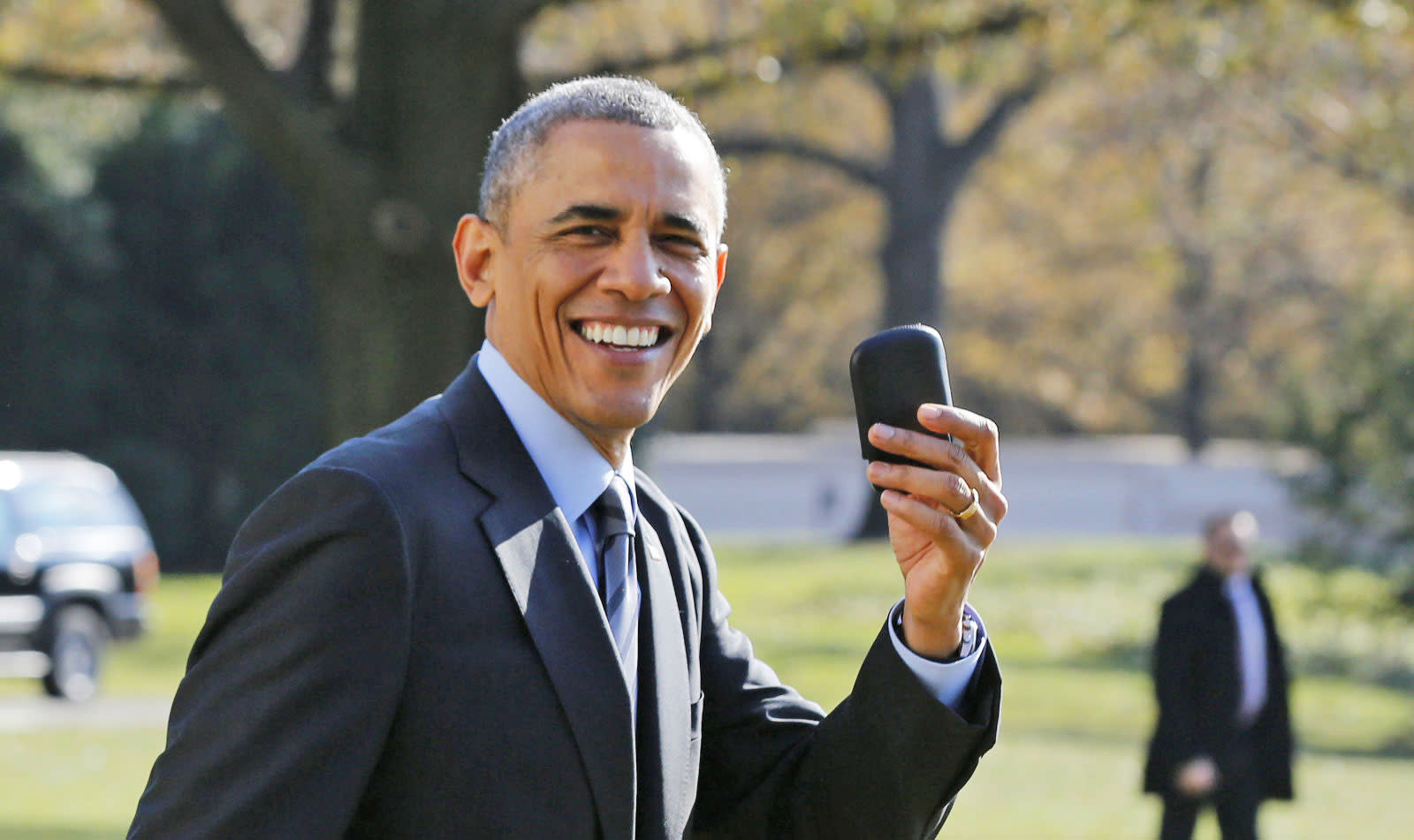 On the last day before President Barack Obama leaves the White House, the New York Times and Associated Press report Donald Trump has traded in his Android smartphone. The device (which a profile last year identified as a Galaxy smartphone) that was the source of so many tweetstorms is apparently gone, replaced by what NYT sources say is a "secure, encrypted device approved by the Secret Service with a new number that few people possess.

When Obama took office in 2009, he famously agitated to maintain his Blackberry smartphone over the approved (and outdated) options. A compromise allowed him to keep it, however, the communication and capabilities were limited. He did eventually upgrade, telling Jimmy Fallon over the summer that his new device was a smartphone, but without the ability to call anyone, install apps, take pictures or play music.

The Associated Press sources now say that he upgraded to an iPhone, capable of sending and receiving emails from a limited group of people, surfing websites and reading news. Obama reportedly had a different phone used for tweeting -- one of the only devices able to access the Presidential account -- and rarely hit send himself.

For security reasons -- this is the person who controls the nuclear launch codes -- access to the president is limited, and fears of hacking put severe restrictions on available devices. It remains to be seen how the new administration will manage communications from within the bubble, but it may not be easy (we hear that maintaining one's own email server is inadvisable). For the outgoing Obama, one of his first post-presidential stops might be a cellphone store for a long-awaited upgrade.

In this article: Android, BarackObama, culture, DonaldTrump, gadgetry, gadgets, iPhone, PEOTUS, politics, security, smartphone
All products recommended by Engadget are selected by our editorial team, independent of our parent company. Some of our stories include affiliate links. If you buy something through one of these links, we may earn an affiliate commission.