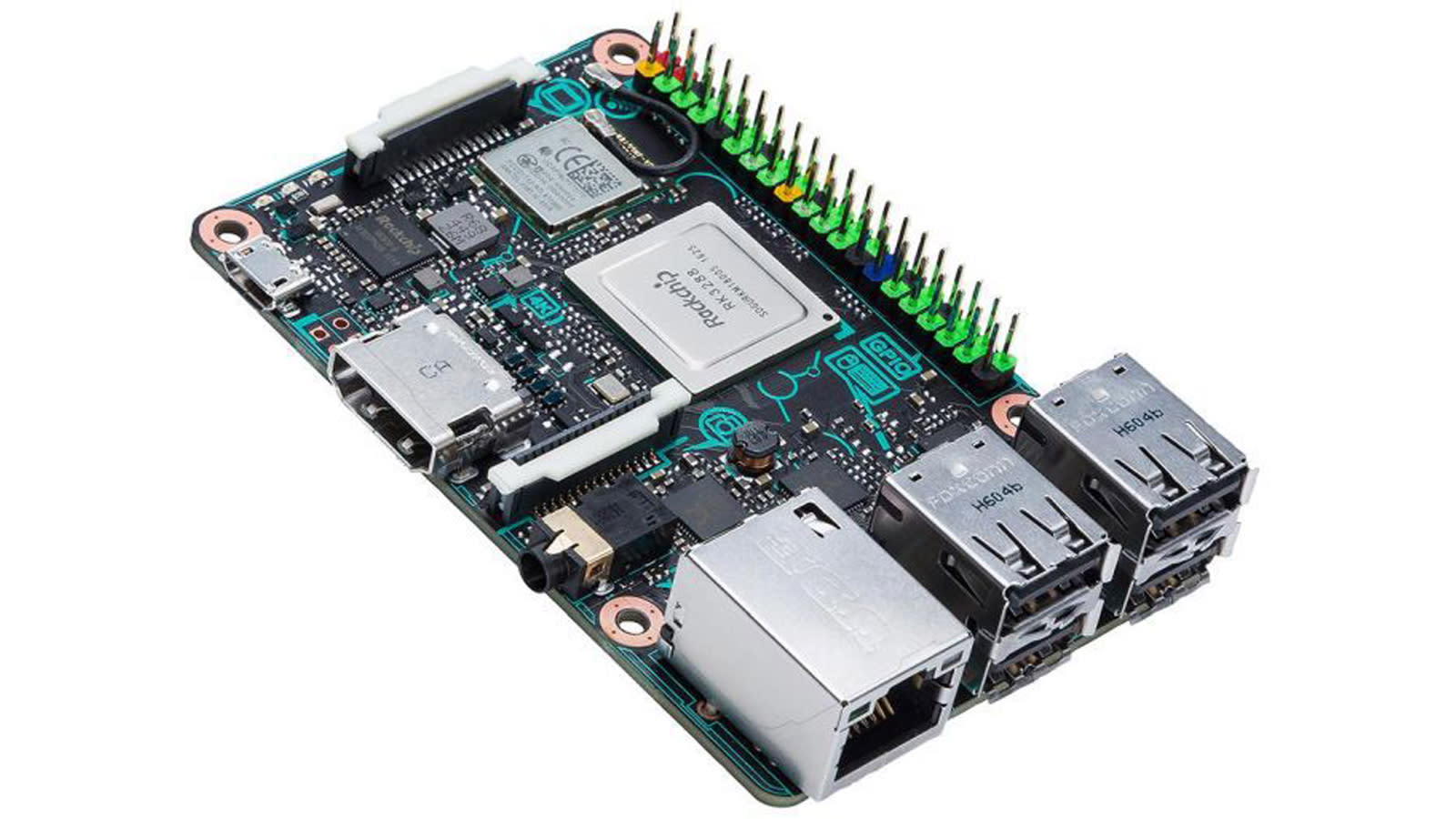 Homebrew-friendly boards like the Raspberry Pi are great for do-it-yourself projects, but they seldom have the oomph needed to handle intensive tasks. That's where ASUS hopes to do better -- it quietly released its own device, the appropriately named Tinker Board. It's almost the same size as the Pi, but its quad-core Rockchip processor has the power to play 4K video and 24-bit audio. This might be your ideal hardware if you're building your own mini media center.

The board touts other perks you don't usually see on these boards, including 2GB of RAM (twice as much as the Pi), gigabit Ethernet and the latest generation of SDIO for add-on boards.

ASUS' hardware is not surprisingly more expensive than its rival at about £55 ($68). However, the bigger question is software. Like the Raspberry Pi, the Tinker Board runs on a variant of Debian Linux and supports Kodi for around-the-home media streaming. As Liliputing notes, though, ASUS doesn't have the Pi's years of developer support and fandom behind it -- you can accomplish more, but you won't have as much help getting started.

In this article: 4k, arm, asus, gear, linux, personal computing, personalcomputing, rockchip, tinkerboard
All products recommended by Engadget are selected by our editorial team, independent of our parent company. Some of our stories include affiliate links. If you buy something through one of these links, we may earn an affiliate commission.