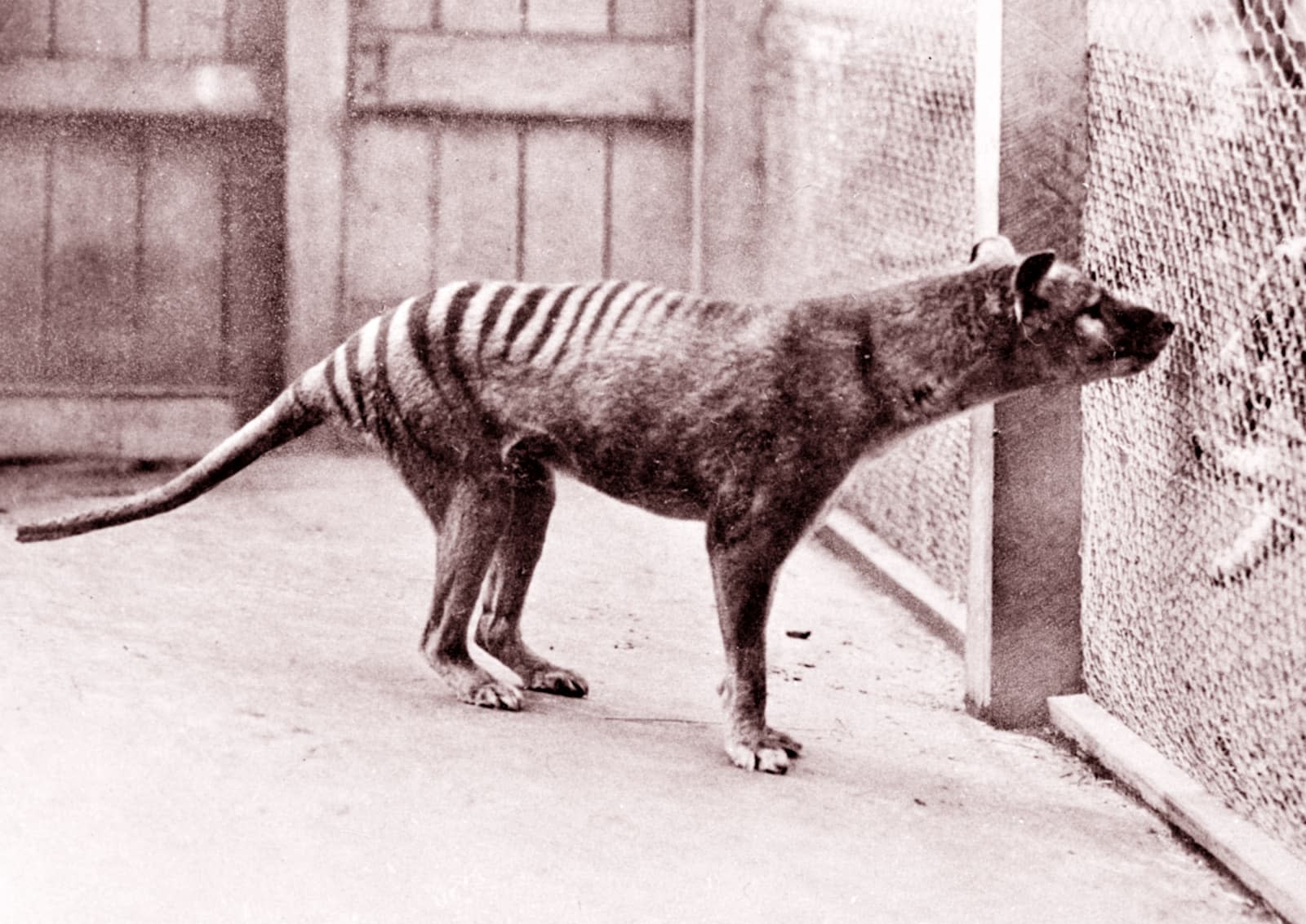 It's not exactly easy to study the Tasmanian tiger. The marsupial has been extinct for over 80 years, and it wasn't given much scientific attention when it was alive -- settlers saw it as a threat to their livestock, not a curiosity. However, that isn't about to stop scientists from learning more about the sadly neglected species. Researchers have scanned two preserved Tasmanian tiger brains and discovered that the creatures were considerably more intelligent than many thought. While their brains were similar to those of Tasmanian devils, their larger frontal lobes suggest they were better at planning and making decisions. That backs the belief that they were hunters, not scavengers like their genetic cousins.

The team accomplished the feat by using two different scanning methods. MRI scans helped analyze the brains' gray matter, while diffusion tensor imaging looked at the white matter. Due to the sheer age of these particular tiger samples (over 100 years old), the scientists had to recreate the white matter by tracing specific tracts and generating virtual models.

There's only so much the team can do with its knowledge when there are no living animals to save. It could help researchers understand other species that went extinct relatively recently, however. And even if the lessons learned here didn't translate elsewhere, they paint a clearer historical picture. While there's no doubt that colonists were cruel to the Tasmanian tiger, we now know that they also underestimated its abilities.

In this article: australia, biology, brain, extinct, extinction, marsupial, medicine, mri, science, tasmania, tasmaniantiger, thylacine
All products recommended by Engadget are selected by our editorial team, independent of our parent company. Some of our stories include affiliate links. If you buy something through one of these links, we may earn an affiliate commission.