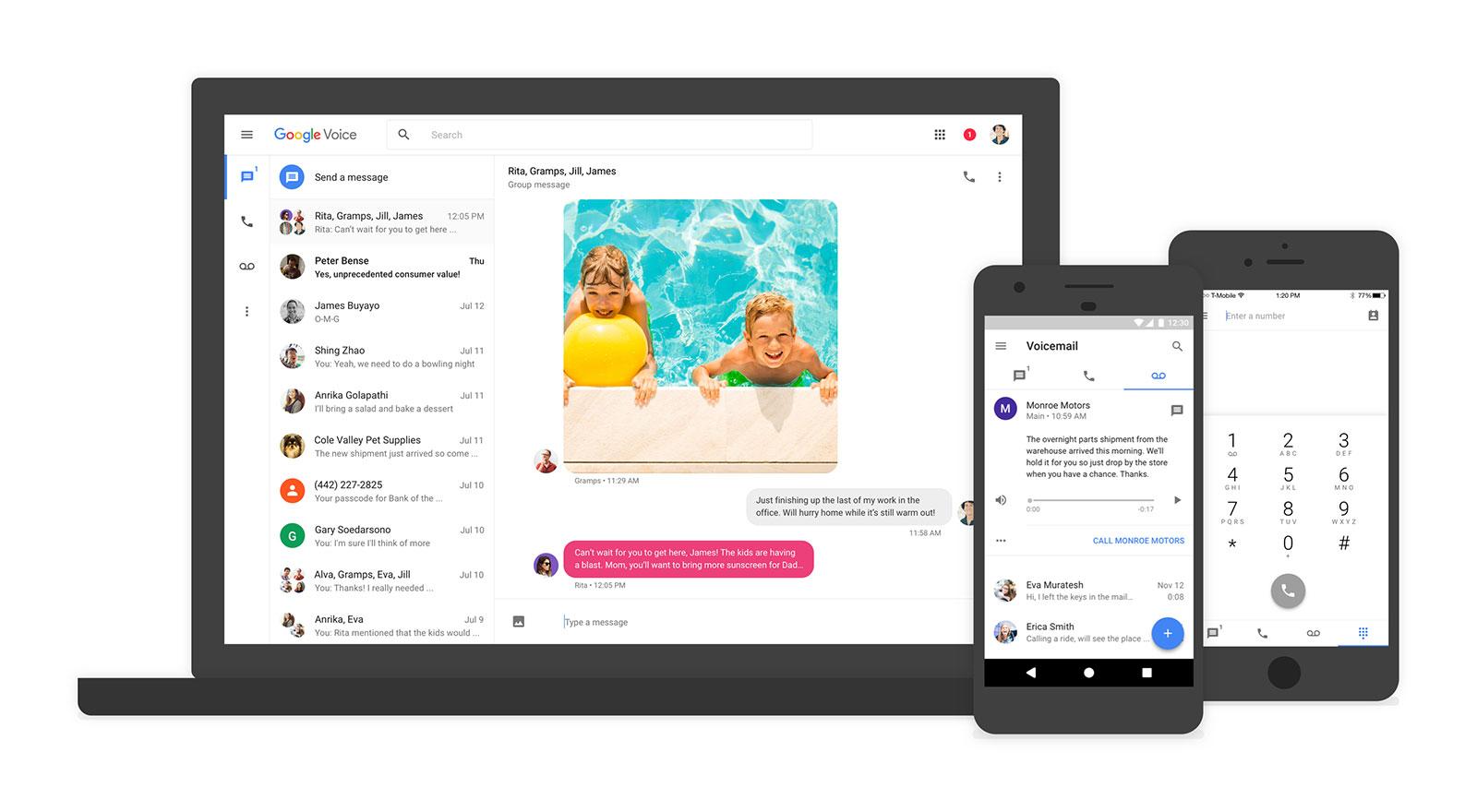 Google Voice is undoubtably useful, but it has also been neglected for a long time. Fortunately, the rumors were true: Google just released a pretty major visual overhaul of Voice, and there are a handful of new features on board as well. Most obvious is that service now fits in with Google's Material Design language, something that rolled out to just about all of Google's apps a long, long time ago.

The new interface is anchored by three different tabs for your content: calls, voicemails and messaging. Messaging has gotten a few new features, as well -- it now supports group messaging and group MMS, so it's a lot easier to share photos with multiple people. These are super-basic features for any messaging service out there, but it seems like Google is making Voice a more viable option. (Confusing if you're using Hangouts or Allo, but Google's messaging strategy has been all over the place for a long time now.) As before, Google offers the option to integrate your Google Voice number and messages with Hangouts, but you can also opt-out if you want to keep those two worlds separate. While this is primarily a visual refresh, Google also says that it is working on the technical side of things as well. Foremost among those improvements should be better voicemail transcriptions and improved call quality and reliability. Voicemail transcriptions in Spanish are also supported for the first time. And messaging should get better before long, as TechCrunch notes Google is working to support RCS, a new messaging protocol that'll bring iMessage-like features to standard texting -- it should be a big improvement over ancient SMS.

If you don't see these updates yet, don't fret. As per usual, Google says they're rolling out to users over the next few weeks. Once the update hits your phone, you'll also see the new interface on the web. It'll be coming to Android first, but iOS should follow in short order.

In this article: gear, google, googlevoice, googlevoiceupdate, internet, messaging, mobile, RCS, transcription
All products recommended by Engadget are selected by our editorial team, independent of our parent company. Some of our stories include affiliate links. If you buy something through one of these links, we may earn an affiliate commission.