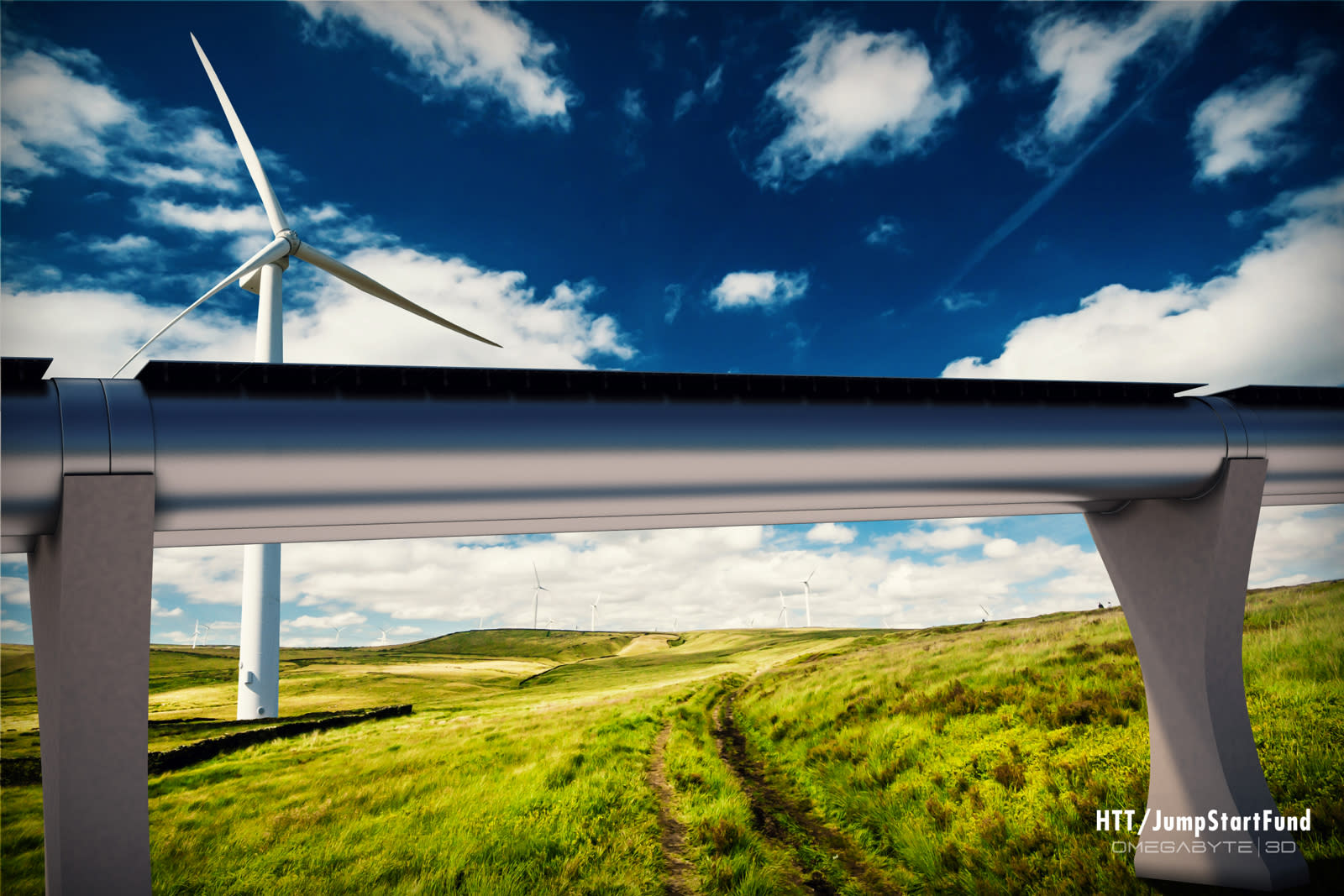 You'd be forgiven for forgetting that there are two companies trying to create Elon Musk's vision for the future of transportation. Beyond signing a few deals to explore routes with local cities, Hyperloop Transportation Technologies still lags behind its more well-heeled competitor. Now, the company has revealed that it'll set up shop in the French city of Toulouse, taking over a 3,000 square meter facility that'll host its research.

Like so many parts of HTT's business, it appears that it hasn't had to pay for the facility that it's about to take control of. In a statement, the company explained that the city is "providing" the building along with some outdoor terrain that can be used for experiments. The new location is located at Francazal Airport, which is being turned into an "innovation park" by the local government.

It looks like there's a very definite split taking place between the two hyperloop players, at least in the countries they target. Hyperloop One has devoted much of its attention in the US, Asia and the United Arab Emirates. Hyperloop Transportation Technologies, meanwhile, has focused much of its attention on doing handshake deals with the leaders of European cities. It's still early days, but this split may wind up having implications further down the line. Perhaps France is backing the company as its ostensible champion in any potential hyperloop space race.

The news is also testament to CEO Dirk Ahlborn's knack of scoring highly-prized assets for his company without spending any money. HTT has previously claimed that it has raised $100 million in investment, although TechCrunch pegged the figure at $31.8 million. The rest of that figure was made up with land use rights and as-yet unpaid work carried out by HTT's volunteer engineers.

In this article: DirkAhlborn, gear, HTT, HyperloopTransportationTechnologies, Toulouse, transportation
All products recommended by Engadget are selected by our editorial team, independent of our parent company. Some of our stories include affiliate links. If you buy something through one of these links, we may earn an affiliate commission.