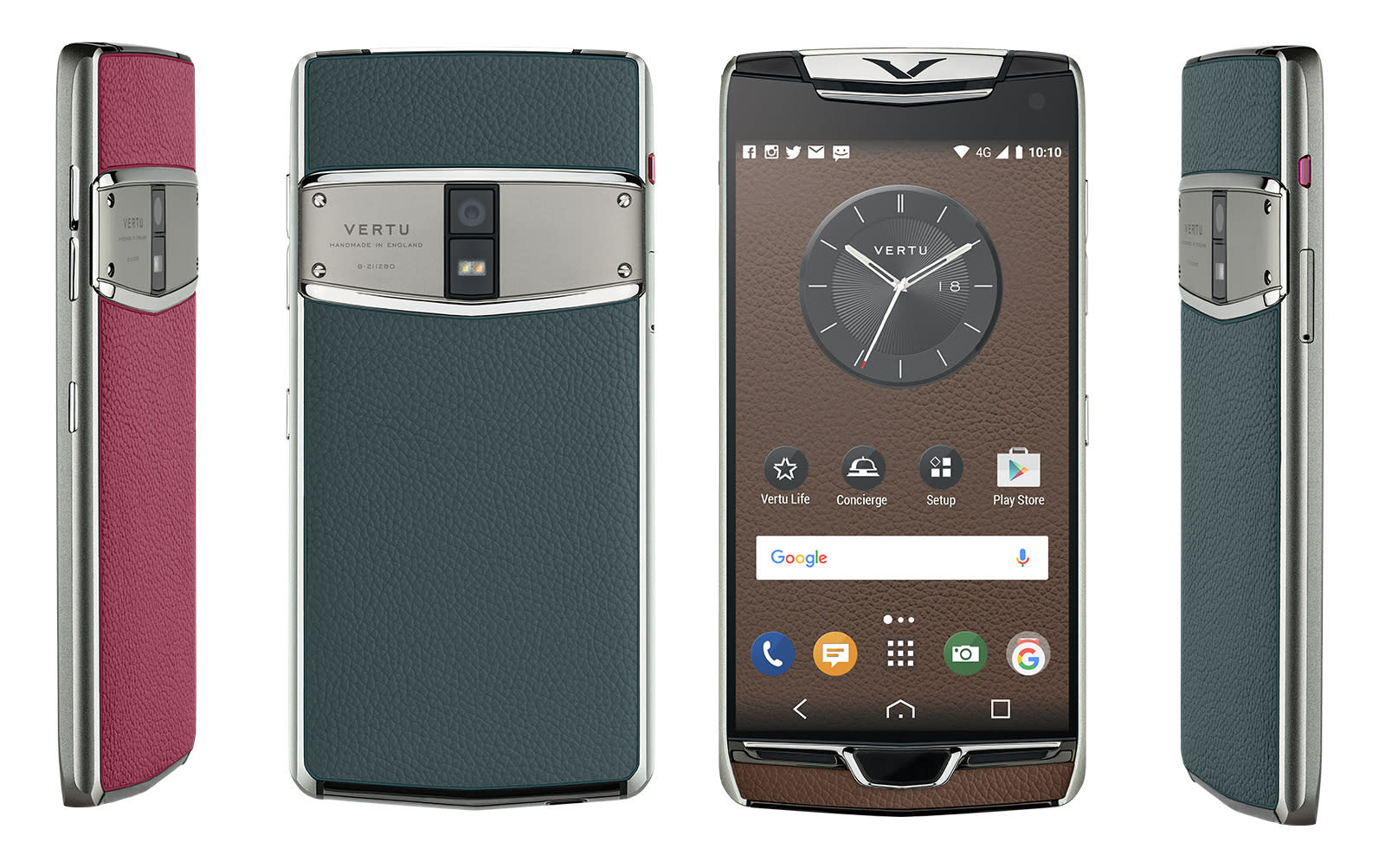 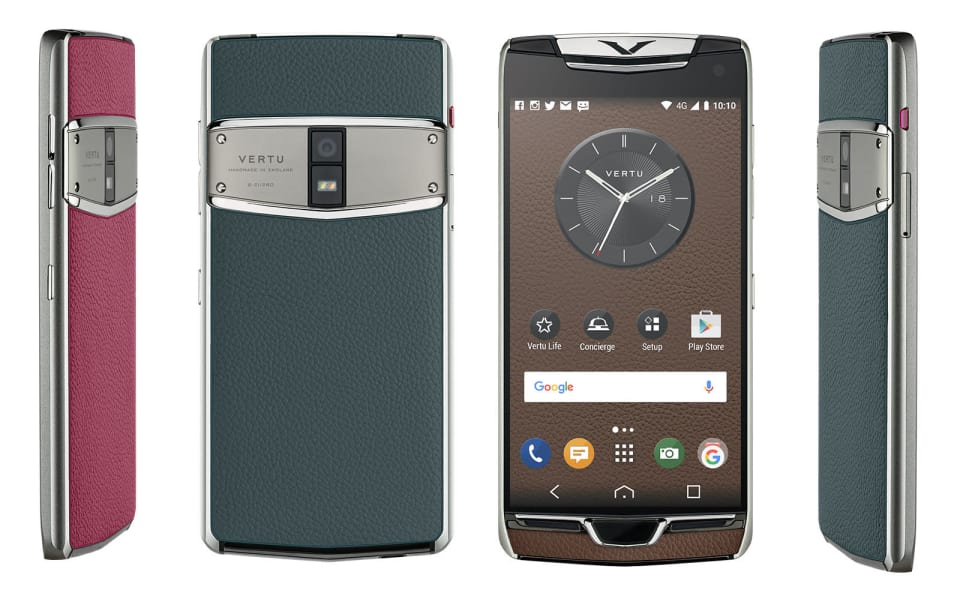 Luxury smartphone maker Vertu may have undergone some operational changes over the past couple of years, but that doesn't mean it has broken the tradition of selling people expensive Android smartphones. With its latest update to the premium Constellation handset, the company is targeting the "global traveller" with support for dual SIMs (for the first time) and access to iPass, the world's largest WiFi network.

As for fit and finish, everything is as you'd expect. The Constellation, like Vertu's other handsets, will be hand-built in England and is crafted from anodized aluminium and finished with leather sourced "from a specialist, family-run tannery in Italy." An inset ruby located on the side of the phone doubles as a button that offers access to Vertu's 24-hour Concierge service, for when you need help with a very important booking.

The Constellation's performance shouldn't be ignored, either. It features a 5.5-inch (2,560 x 1,440) WQHD AMOLED display that, with over 3.6 million pixels, clocks in at an impressive 538 PPI. Vertu is sticking with premium elements, including sapphire, which adds extra protection with its 140 carat scratchproof finish. Under the hood lies a Qualcomm Snapdragon 820 processor, 4GB of RAM, a healthy 128GB of storage (including microSD support), a 3220mAh battery and support for USB-C and wireless charging.

Vertu has also crammed in Dolby Digital Plus virtual surround sound and front-facing stereo speakers, which are located at the at the top and bottom of the device "to achieve the best possible stereo separation." The 12-megapixel sensor in the Constellation's rear-facing camera is capable of giving Google's Pixel phones some competition, housing "large" 1.55µm (micro) pixels, which will give it an edge on most smartphone cameras in low-light conditions.

The phone itself runs a customized version of Android 6.0.1 Marshmallow and Vertu hasn't given me any indication that the handset will receive an upgrade to Nougat. In the past, it was suggested that the company's new owner, Hong Kong's Godin Holdings, may look to integrate its own suite of security software, but the Constellation will fully encrypt calls using tech from Silent Circle, at least for now.

Vertu says the Constellation will go on sale in boutiques from mid-February, but it has yet to decide on a price. Bear in mind, all Vertu phones run into the thousands, and this will likely be no different.

In this article: android, constellation, gear, mobile, phone, premium, sapphire, secure, silentcircle, smartphone, vertu
All products recommended by Engadget are selected by our editorial team, independent of our parent company. Some of our stories include affiliate links. If you buy something through one of these links, we may earn an affiliate commission.