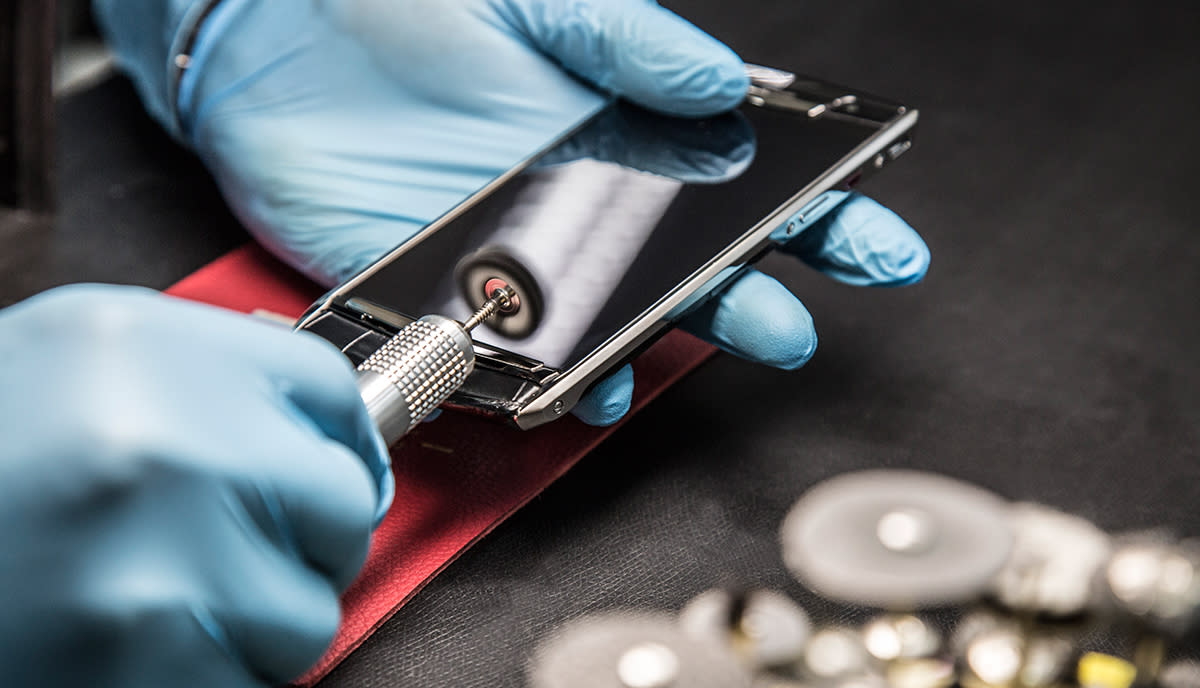 In recent years, we've watched Vertu evolve to a luxury phone maker that actually cares about specs, and you can thank CEO Massimiliano "Max" Pogliani for that. But according to Financial Times, Swedish private equity group EQT has recently sold Vertu to Hong Kong's Godin Holdings, and Pogliani has since decided "to pass on the baton" to someone else. While these changes may bring a tear to some eyes out there, things are about to get real interesting for Vertu. You see, after some digging around in the Hong Kong Companies Registry, we found out that this Godin Holdings is actually just a four-month-old shell company of Godin Cyberspace Security Technology (translated name), which claims to be working on its very own secure smartphone OS dubbed "GOS." If you put the pieces together, we could be looking at a luxury equivalent of the Blackphone or the BlackBerry Priv in the making.

According to Godin's Sina Weibo post from June 5th, GOS is developed independently by the company, though our guess is that this is based on Android (as are pretty much all Chinese smartphone OSes), as we came across a job posting for an Android security engineer back in August. GOS boasts anti-rooting, anti-firmware flashing and anti-theft mechanisms, as well as encryption for both software data plus communication data, thorough data wiping and a "G Store" which features carefully sourced apps. There's also a one-click stealth SOS mode in case you get into serious trouble like in the movies. Alas, there's no further detail on how these are implemented, which doesn't help this mysterious company's credibility.

What's also baffling is that there are no images of GOS's allegedly minimalistic UI whatsoever, despite the announcement saying the software had already been shipped to trial users back in June. Similarly, there's no trace of Godin's secure social networking app, Milian (which translates to "secure contact"), nor the company's special SD card which features a "state-approved" encryption chip and remote wipe feature. Both products were announced on the same day as GOS. More worryingly, Godin doesn't even have a website anymore; the last time Internet Archive grabbed a snapshot was back on August 1st.

The only reassuring part of this deal is the background of Godin's chairman, Jason Sun. Prior to his current role and also the chairman of Yellowstone Capital Group Limited, Sun was the founder and CEO of Cellon International, which was China's largest mobile phone ODM at one point, according to an interview back in September last year. He also held top positions at a couple of Chinese electronics companies in his earlier years.

Now, under this new Chinese ownership, who will lead Vertu? The phone maker didn't have any update for us at the time of publishing, but whoever that will be, here's hoping he or she will continue the good work, and perhaps this relationship will even help boost Vertu's position in China's dwindling luxury market. More importantly, if GOS does end up on future Vertu devices, it better be as good as it claims, so that Vertu can go beyond the few Silent Circle encryption features that it already uses.

And please, keep it "handmade in England."

Update: Godin's website is up and running again the day after our article went live. Coincidence?

In this article: acquisition, china, eqt, godin, godinholdings, jasonsun, MassimilianoPogliani, maxpogliani, mobilepostcross, privacy, security, vertu
All products recommended by Engadget are selected by our editorial team, independent of our parent company. Some of our stories include affiliate links. If you buy something through one of these links, we may earn an affiliate commission.