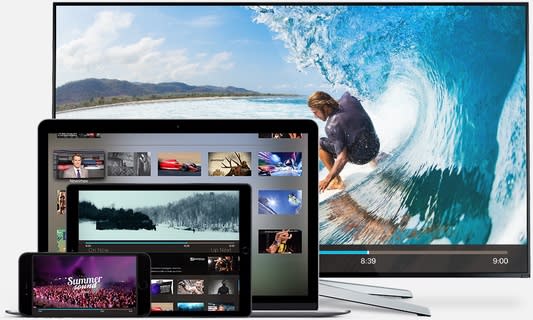 Despite troubles plaguing the company, BitTorrent has brought its peer-to-peer live streaming app to Android, a few weeks after making the iOS version available. The app can be downloaded from the Google Play Store, where it has already garnered a lukewarm rating of 3.2.

BitTorrent Live lets you watch TV broadcasts for free, and features programming curated by the company. It includes livestreams of "alternative voices in news," as well as sports and cultural content. Since Live is a peer-to-peer system, the quality of its streams will depend on the number of users tuning in. Based on the Play Store reviews, it appears the Android app lacks Chromecast support, and needs to work on improving its interface and library.

Meanwhile, BitTorrent recently lost one of its CEOs who was involved with its ad-supported video and music-streaming service Now, causing speculation that the service was in trouble. BitTorrent later said it "remains focused on the media space." Bringing BitTorrent Live to Android is a good follow-through on that commitment, but given the turmoil reportedly going on at the company, the future of BitTorrent Live is uncertain.

In this article: bittorrent, BitTorrentLive, entertainment, internet, personal computing, personalcomputing, services, streaming, tv
All products recommended by Engadget are selected by our editorial team, independent of our parent company. Some of our stories include affiliate links. If you buy something through one of these links, we may earn an affiliate commission.