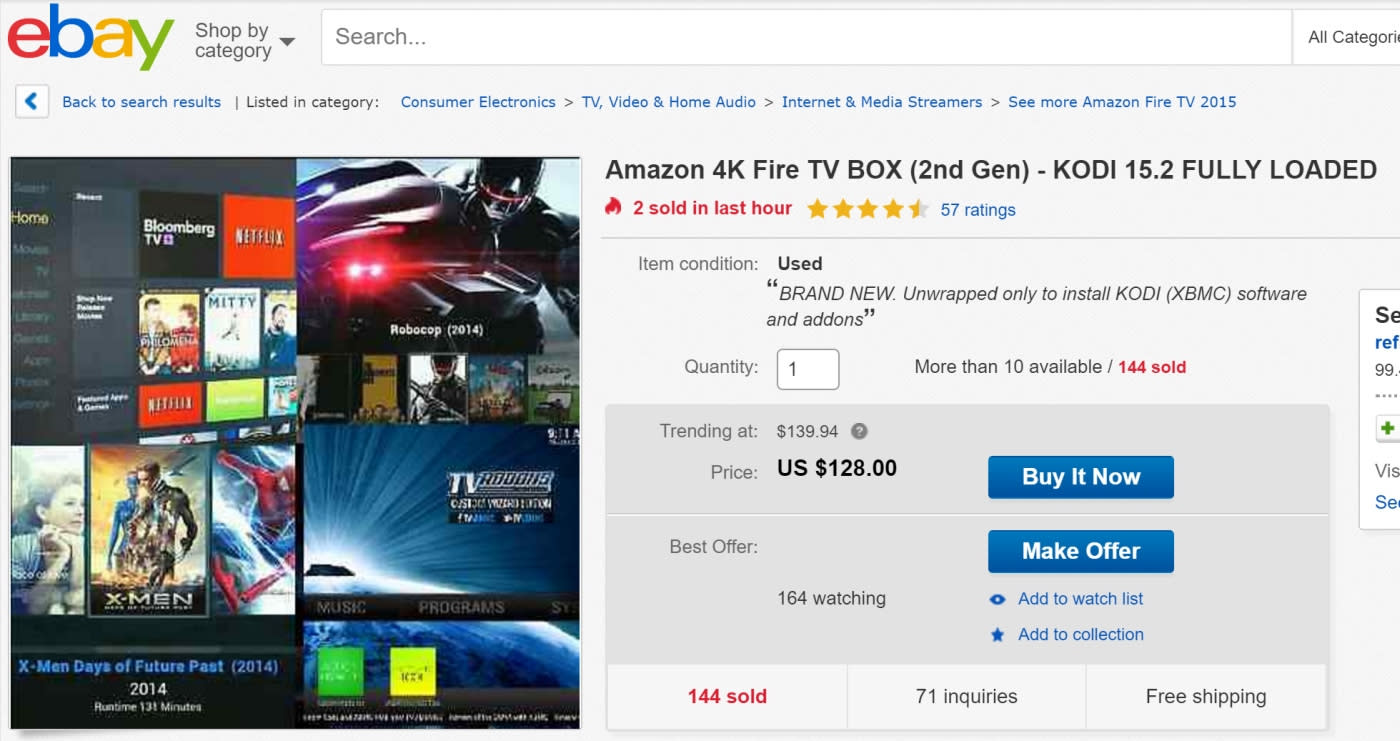 Whether the makers of Kodi (by now you should know that's the new name for what used to be XBMC) like it or (definitely) do not, people have built businesses around preloading their software on players like a Fire TV stick and advertising it as an avenue for watching pirated video streams. Over in the UK, the authorities raided Brian Thompson's Cut Price Tomo TV's and have charged him with two offenses under the Copyright, Designs and Patents Act. Now, as TorrentFreak explains, the court will decide what role Thompson played in any potential copyright infringement by the people who purchased the devices.

In this article: av, copyright, entertainment, kodi, piracy, UK
All products recommended by Engadget are selected by our editorial team, independent of our parent company. Some of our stories include affiliate links. If you buy something through one of these links, we may earn an affiliate commission.