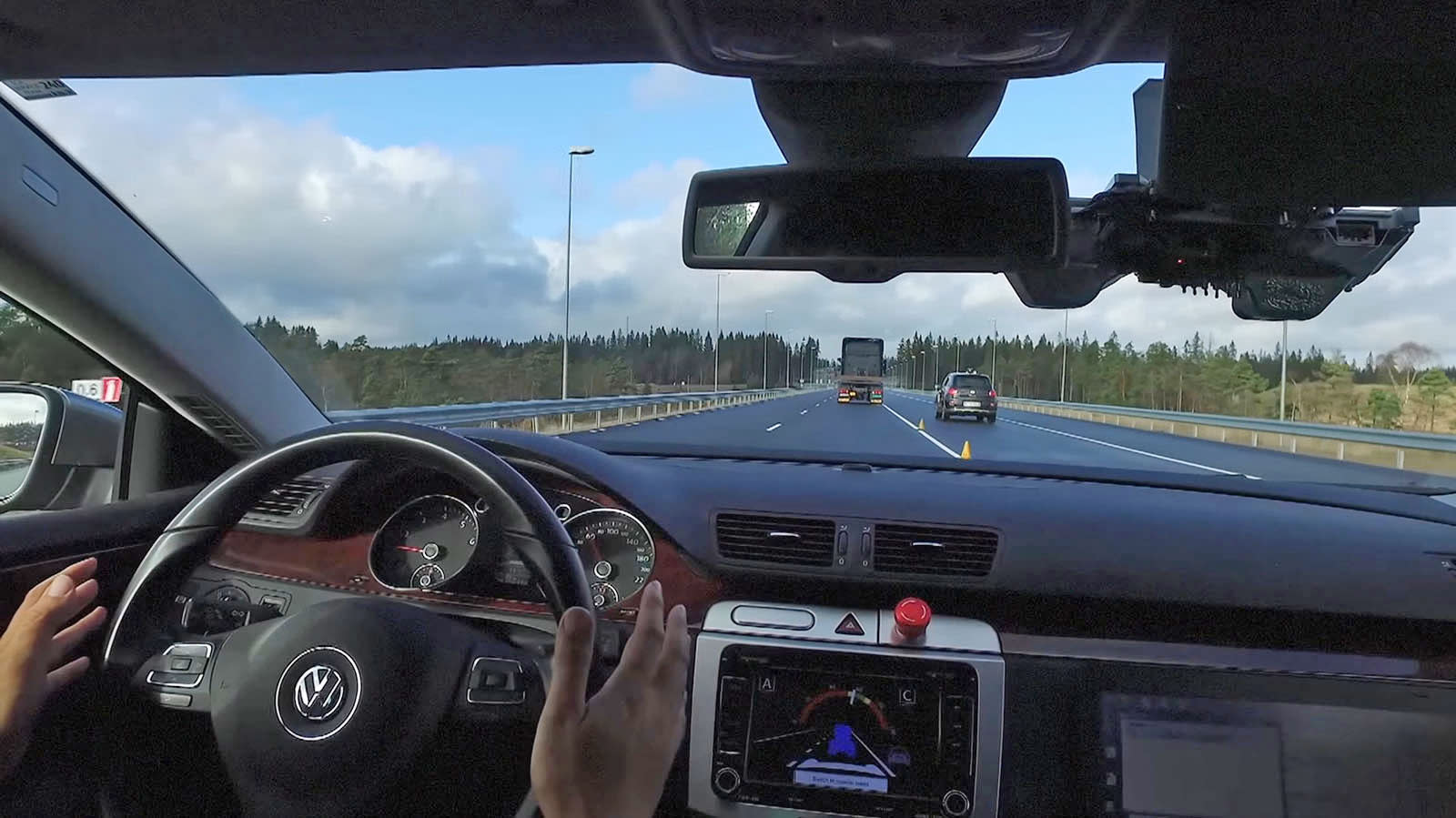 Are you really ready to ride with just a robot at the wheel? To make self-driving cars safer, researchers from the École Polytechnique Fédérale de Lausanne (EPFL) in Switzerland want them to communicate both with each other and non-robotic vehicles to avoid any nasty surprises. As such, they rigged up three vehicles, including a robotic truck and non-autonomous vehicle, to function as one unit on a real road. By working in a team and using each others' sensors, the vehicles were able to anticipate each others' moves, making lane change maneuvers safer.

In the EPFL's scheme, vehicles can travel together as a convoy that doesn't have any particular "leader." Rather, they work as a group with other vehicles in the near vicinity, sharing GPS, laser, video camera and other sensor data via WiFi. That way, each vehicle can take advantage of its neighbor's "eyes" to sense hazardous situations and better coordinate their movements.

The system is managed by special algorithms that allow cars "to work together and achieve complex group behavior," says researcher Alcherio Martinoli. That allows the convoy to reorganize and adapt when vehicles join the group, change lanes or exit. To prove that it works, they did a demo on Swedish roads with three vehicles, including a robotic and non-robotic car, along with a robotic big-rig truck (video, above). When a vehicle wants to merge, "it sends a specific message and the others reorganize to leave enough space," says EPFL's Guillaume Jornod.

While three cars isn't a lot, "for the first time we were able to validate what we had achieved in a simulation," says Martinoli, adding that it should be relatively easy to scale up. The point, he adds, is to put the coordination algorithms on top of the robotic driving tech, but make it robust enough to handle regular, unconnected cars, too. "We are hoping that, with a rise in demand, carmakers will come up with ever cheaper solutions for converting legacy vehicles ... and that we will be able to deploy and improve this multi-lane convoy system."

In this article: AutoNet2030, Autonomous, EPFL, Network, robots, science, Self-driving, transportation, v2v, Vehicle-to-Vehicle, video, WiFi
All products recommended by Engadget are selected by our editorial team, independent of our parent company. Some of our stories include affiliate links. If you buy something through one of these links, we may earn an affiliate commission.