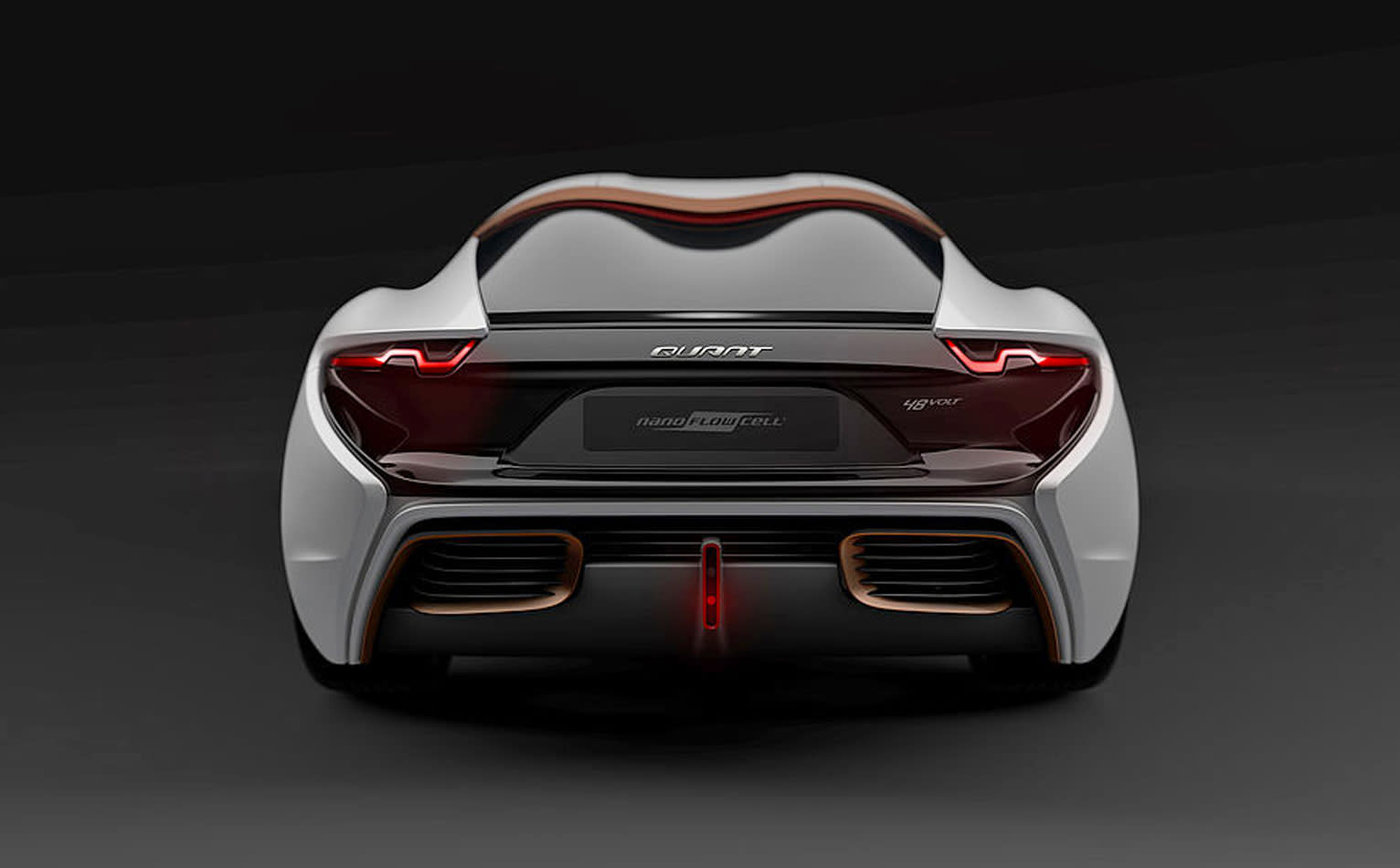 Alternative fuel cars are rarely pulse pounding thrill rides, but NanoFlowcell might have created an exception to the rule. It's teasing the Quant 48Volt, a supercar concept that runs on a combination of positive and negative electrolyte fluids. No, this doesn't mean that you can run it on energy drinks, but it does promise an environmentally friendly vehicle that doesn't compromise on performance or range. Reportedly, the Quant 48Volt's 760HP engine can take it to 62MPH in 2.4 seconds, hit a top speed of 186MPH (arbitrarily limited) and a range of over 621 miles.

While the company has previously developed "flow cell" cars, its latest prototype is the first to promise this kind of performance. It's taking advantage of "new, innovative" motors, an upgraded cell membrane and six of the cells needed to make its technology work.

As it's a concept, NanoFlowcell isn't talking release dates or pricing. However, there are more than a few obstacles to getting a production-ready Quant 48Volt on the road. Would-be buyers need to know that this car can meet expectations, for one thing. It's easy to put out an impressive spec sheet, but it's another matter to back that up. The company unveiled the 1,000HP Quant F in 2015, and little has been heard about it since -- the 48Volt comes across as a second take on the idea. Although NanoFlowcell has previously talked about being ready for production by 2018, it's not certain just what cars will roll out of the factory.

There's also the question of infrastructure. The company says that existing gas stations could supply these fluids, but that still means convincing these locations to switch pumps to brand new technology offered by only one automaker. As it stands, clean fuels like electrolytes and hydrogen frequently come across as stopgaps that could become obsolete once pure electric cars have enough range (they already have the performance). The technology may only have a small window of opportunity to have an impact.

In this article: car, concept, conceptcar, electrolytes, gear, green, nanoflowcell, quant48volt, TL17CCAR, transportation
All products recommended by Engadget are selected by our editorial team, independent of our parent company. Some of our stories include affiliate links. If you buy something through one of these links, we may earn an affiliate commission.