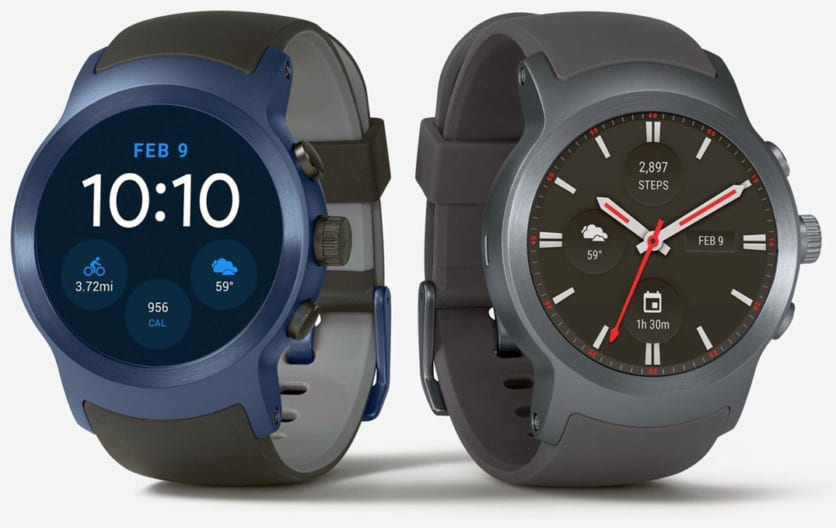 Today has been a long time coming. Android Wear 2.0 was originally announced last May, groomed for launch last fall and then delayed until, well, now. Since that first announcement was made at Google I/O last year, we've seen plenty of new Android Wear watches hit store shelves, but it was hard to get worked up over version 1.whatever when something better, faster and more functional was oh so close. Now the wait is over.

As rumored, Google and LG have teamed up on a pair of smartwatches to usher in a new Android Wear 2.0 era. You can find our review of the more basic LG Watch Style here, but with its bigger battery, larger screen and extra niceties, the $349 LG Watch Sport now seems like the Android Wear smartwatch to beat.

LG’s Watch Sport is the more impressive of the two smartwatches launching with Android Wear 2.0, and for the most part it’s a very respectable showing. Beyond the seriously snappy performance, the big Android Wear update brings a load of design tweaks and new features that the platform has needed for a long time. While not perfect, the software helps soften some of the watch’s shortcomings: the body will be too chunky for some, and we wish the battery lasted much longer. Still, the screen works well, the new rotating crown is generally very handy and there’s very little lag to be found. If you can look past those issues, there’s plenty to like about the package overall… though it probably won’t be long before another company crafts another Wear 2.0 that outshines this one.

Be the first to review the Watch Sport?
Your ratings help us make the buyer’s guide better for everyone.
Write a review

In this article: androidwear, androidwear2, gear, google, lg, lgwatchsport, mobile, review, smartwatch, video, watchsport, wearable
All products recommended by Engadget are selected by our editorial team, independent of our parent company. Some of our stories include affiliate links. If you buy something through one of these links, we may earn an affiliate commission.