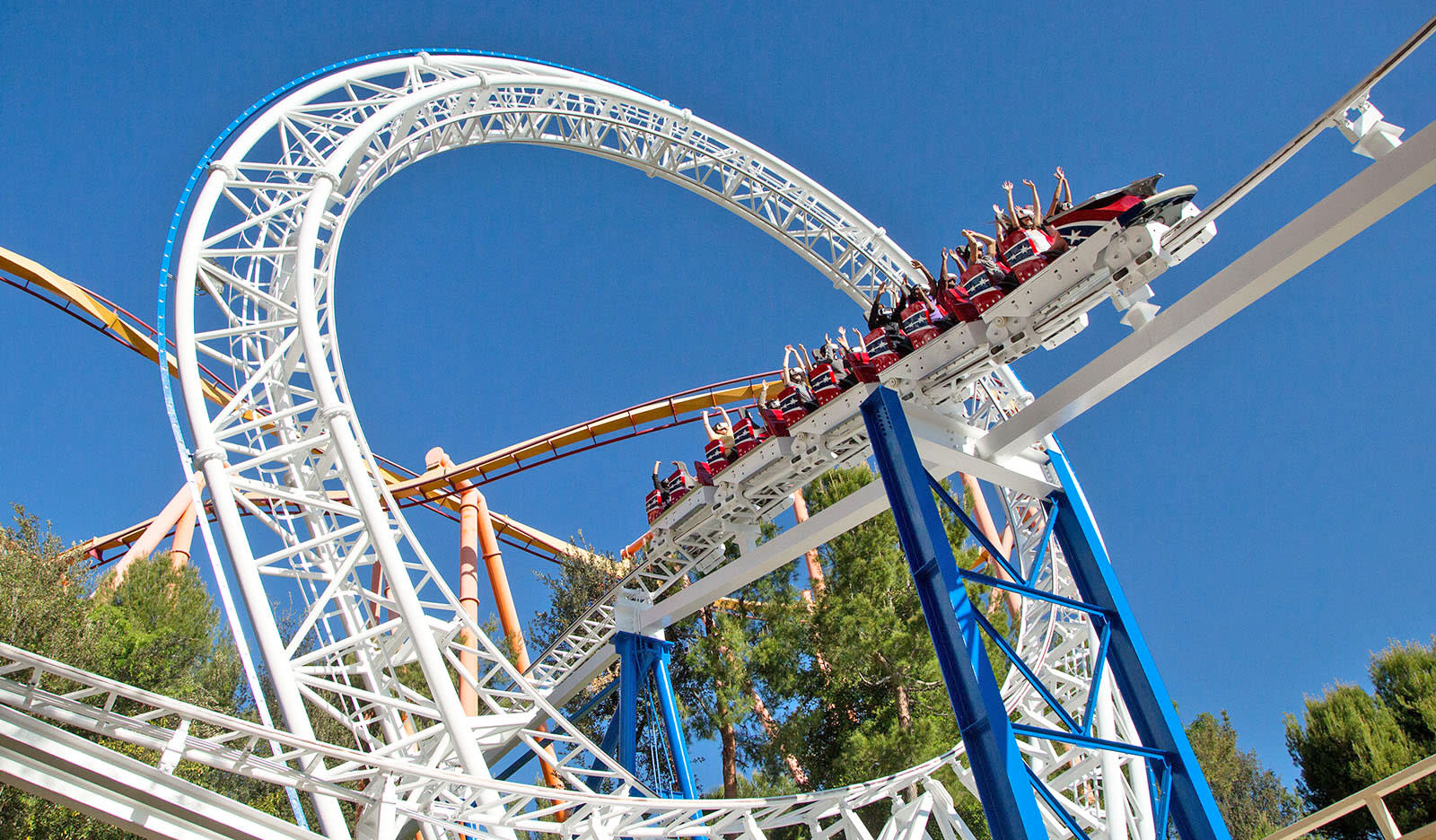 To many of us, roller coasters are just fine without extra visual stimulation. However, last year, several amusement parks introduced virtual reality devices, letting you fly through space or a gargoyle-infested dystopia. Six Flags and Samsung have done that one better now with the New Revolution Galactic Attack mixed reality experience. As before, Six Flags is using Samsung's Gear VR headset, but now it's using the passthrough camera on the Galaxy phones, letting you see the virtual content overlaid on the real world.

Samsung says the Six Flags experience "enables millions of consumers to experience virtual reality for the first time." However, the passthrough camera on the Gear VR won't deliver mixed reality that's as good as something like Microsoft's Hololens, which overlays virtual content onto the real world, not a camera view. However, it'll at least give folks a view of the outside rather than locking them in a digital box.

On top of the virtual imagery, there's a level of gamification. "As riders drop at high speeds, the mixed reality view changes to a completely immersive, virtual reality environment and a fighter spaceship cockpit materializes and envelops the riders into a tunnel of light," the PR breathlessly explains. From there, you'll be brought into one of three (virtual) drone bays, "each of which offer a completely different gaming experience and three different endings," Six Flags explains.

As before, the VR is synchronized to the ride movements, so that you don't experience any not-so-virtual puking. The featured ride at Six Flags Magic Mountain in Valencia, CA is the New Revolution, the first-ever looping roller coaster built in 1976. While not the park's most diabolic ride, the LA Times advises riders to keep their heads back "or you'll get your ears boxed." At the Six Flags Discovery Kingdom in Vallejo, CA, the New Revolution Galactic Attack will be available on floorless looping Kong coaster.

In this article: entertainment, GearVR, Headset, MixedReality, Samsung, SixFlags, VirtualReality, VR, wearables
All products recommended by Engadget are selected by our editorial team, independent of our parent company. Some of our stories include affiliate links. If you buy something through one of these links, we may earn an affiliate commission.