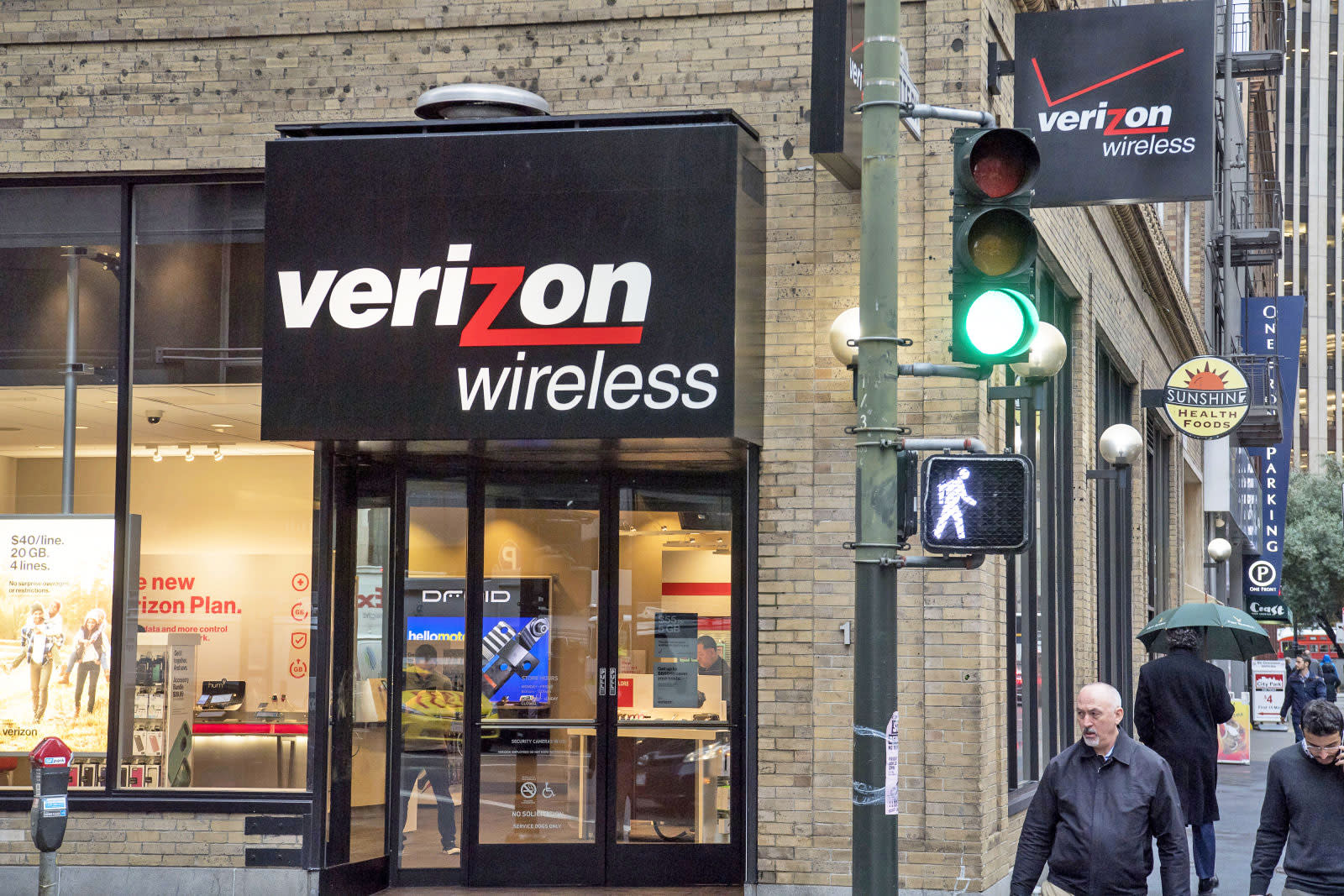 Here's a nice Sunday surprise: Verizon is bringing back the unlimited data plan. As of February 13th, the carrier is launching a Verizon Unlimited tier that gives you unlimited US data, calls and texting for $80 per month ($45 per line for a family of four). You do face the risk of throttling after 22GB of use in a given month, but Big Red is promising that you won't see the catches that come with T-Mobile's standard One plan: HD video streaming and hotspot support (up to 10GB at LTE speeds) are included, for example. And if you travel to Canada or Mexico, you'll get calling and texting to those countries as well as 500MB per day of full-speed data.

There will still be 5GB, small, medium and large data plans if you don't need that much capacity, Verizon says. You can tack on $5 per month for smartwatches and other connected devices, and a $10 per day TravelPass gets you 500MB of daily full-speed data outside of North America.

It seems like an odd move for a provider which has frequently tried its hardest to discourage unlimited data users and shift them to capped plans. However, it's not hard to see why Verizon would suddenly welcome unfettered access with open arms. It's facing stiff competition from T-Mobile, which engineered a dramatic comeback in recent years and upped the ante by making unlimited data standard through the One plan. Sprint's own unlimited data focus hasn't helped, either. Combine those with disappointing subscriber growth in the fourth quarter and there's good reason to be concerned. Verizon might not be facing an immediate crisis, but it doesn't want to drive any more customers to a fast-growing rival.

Update: Verizon wants to stress that your data traffic will be lower priority if you cross that 22GB limit, not that you'll be throttled. That still amounts to the potential for slower speeds -- you just won't be stuck at those slow speeds until your next billing cycle. You can read the full statement below.

"On all Verizon Unlimited plans you get our fast 4G LTE speeds. To ensure a quality experience for all customers, after 22 GB of data usage on a line during any billing cycle we may prioritize usage behind other customers in the event of network congestion. You will still enjoy 4G LTE data speeds after you've used 22 GB of data, unless there is congestion on the network.

"If you have already used 22 GB on a particular line during your current billing cycle AND you are on a cell site that is congested at that moment, your download may be temporarily queued behind other Verizon customers. This may result in slightly slower download speeds for a period of time, maybe as long as stopping at a traffic light, or as long as being caught in rush hour traffic. But once congestion on the particular cell site clears up, you will go back to 4G LTE speeds - even if you have used 22 GB of data."

In this article: carrier, gear, mobile, smartphone, unlimited, unlimiteddata, verizon, video, wireless
All products recommended by Engadget are selected by our editorial team, independent of our parent company. Some of our stories include affiliate links. If you buy something through one of these links, we may earn an affiliate commission.