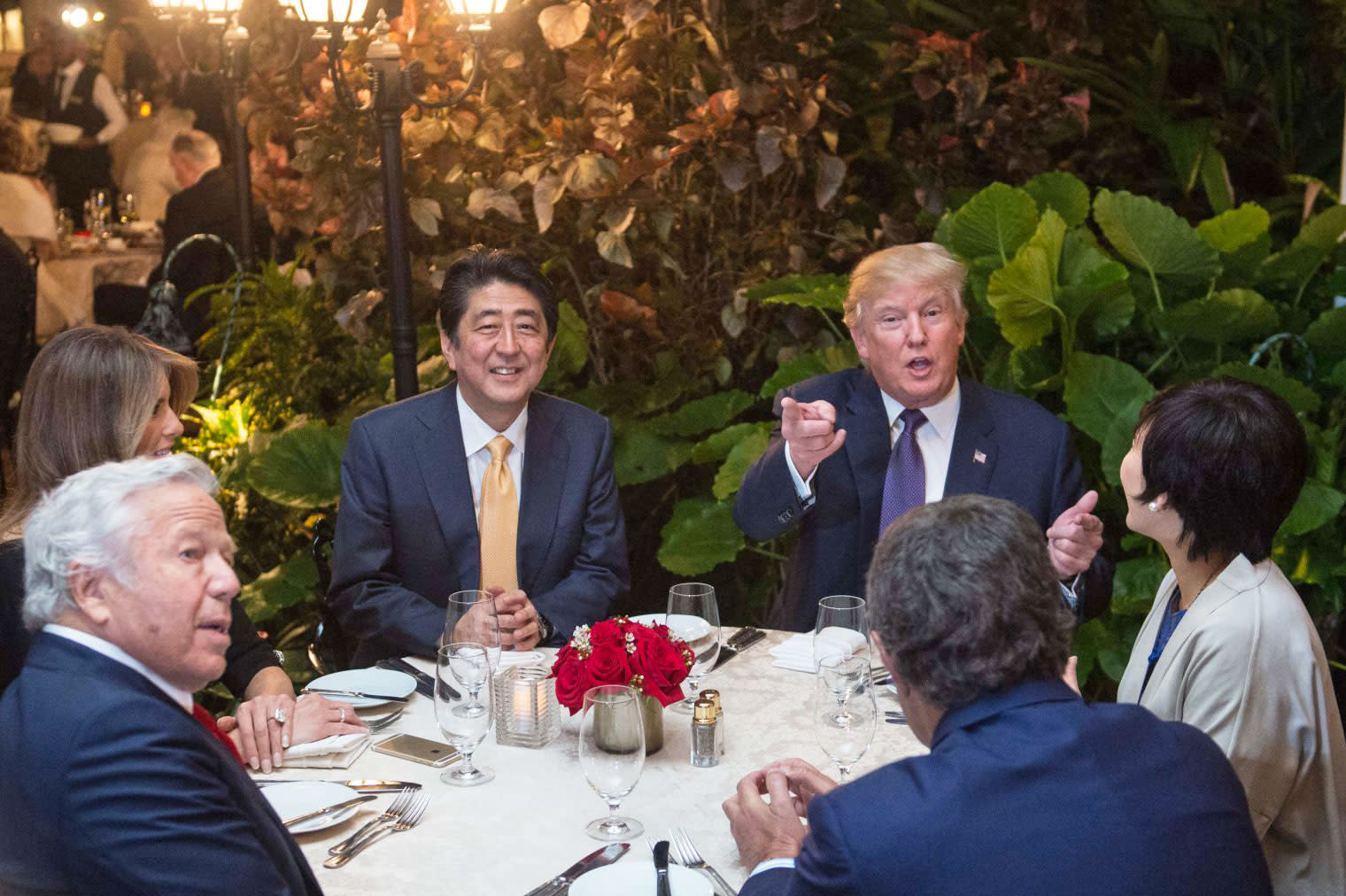 Hillary Clinton caught plenty of flak for the security risks involved with her private email server, but President Trump is raising a lot of eyebrows as well. When the Commander-in-Chief received word of North Korea firing a test missile, he started discussing classified info with Japanese Prime Minister Shinzo Abe right at his Mar-a-Lago Club dinner table -- and did nothing to curtail phone use by guests. Club member Richard DeAgazio took photos of not only the discussion, but the man holding the "nuclear football" briefcase used to remotely authorize nuclear attacks. And did we mention that aides used their phone flashes to illuminate the sensitive documents? DeAgazio has since deleted the Facebook posts containing the shots, but the damage was already done by that point.

While the primary issue is that Trump discussed classified data in front of guests and staff, the unfettered phone use only exacerbates the situation. Even though it wasn't likely that someone would snap a high-quality photo of the documents in question, it was entirely possible that people nearby could have recorded audio or video that picked up on vital details. What if a guest got a little too curious and caught word of something important? And hostile governments wouldn't have to necessarily send a spy. As we've recently seen, they could just infect a guest's phone with spyware to record footage without anyone being the wiser. After all, a private Mar-a-Lago member doesn't have to go through a strict background check or otherwise adhere to government security standards.

This isn't completely shocking when Trump still insists on using his old Galaxy S III despite concerns about the handset's vulnerabilities. However, the laissez-faire approach at the dinner goes against both common security practices and what previous Presidents have done. When President Obama got word of an airstrike in Libya at a White House Correspondents Dinner, for example, he left the room to keep the discussion secret. If less-than-sympathetic nations know that the President will discuss classified info within earshot of unsecured smartphones, they may target those phone owners as part of an eavesdropping campaign -- or just hope that someone posts national secrets on their own.

For the low-low price of $200,000 and no background check you too can live-stream a military crisis meeting. pic.twitter.com/vNd8Jo7Bq5

In this article: culture, donaldtrump, government, northkorea, politics, security, shinzoabe, trump
All products recommended by Engadget are selected by our editorial team, independent of our parent company. Some of our stories include affiliate links. If you buy something through one of these links, we may earn an affiliate commission.
Share
Tweet
Share