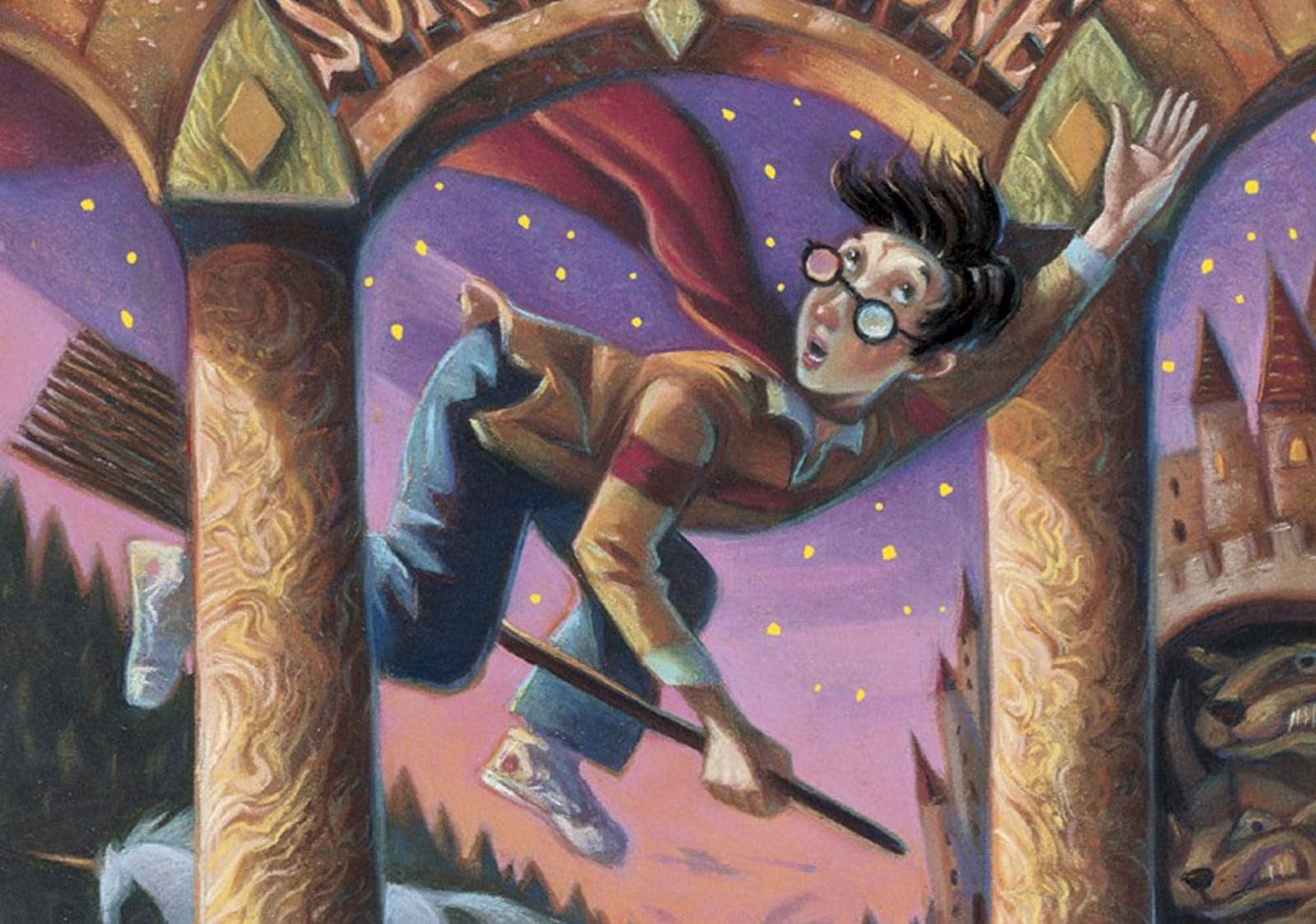 J.K. Rowling is famously outspoken on Twitter, a lesson Piers Morgan is now learning the hard way. On a recent episode of HBO's Real Time with Bill Maher, Morgan spoke in favor of President Donald Trump's travel ban, according to The Huffington Post. That prompted this tweet from the Harry Potter author, who took pleasure in the TV personality "being told to fuck off" by Maher:

Yes, watching Piers Morgan being told to fuck off on live TV is *exactly* as satisfying as I'd always imagined. https://t.co/4FII8sYmIt

Morgan decided to clap back, tweeting that he's not a fan of the writer's boy wizard:

This is why I've never read a single word of Harry Potter. https://t.co/XUJBMs4KKm

As their back-and-forth continued, Simon Key, the co-owner of Big Green Bookshop in North London, England, decided he'd show solidarity with Rowling by tweeting the entirety of Harry Potter and the Sorcerer's Stone at Morgan, line by line. On February 11th, he posted the first of a planned 32,567 tweets, and as of this afternoon, he's tweeted the entire first chapter of the book.

.@piersmorgan Mr. and Mrs. Dursley, of number four, Privet Drive, were proud to say
that they were perfectly normal, thank you very much.

"He clearly needs a bit of a break from all the abuse, so as he mentioned that he hasn't read any J.K. Rowling, rather than having to tear himself away from Twitter to read it, I'd tweet him," Key told Sky News. "Obviously I'm sending it in bite-size chunks, which hopefully he'll be able to cope with, rather than giving him the daunting process of reading a whole book."

Morgan has seen at least one of Key's 275 tweets, responding to the 248th with some critical feedback on Rowling's writing:

Jeez. Not exactly Dickens or Shakespeare is it? https://t.co/m2nkTs2WdK

In this article: biggreen, biggreenbookshop, BillMaher, books, culture, england, entertainment, HarryPotter, HarryPotterAndTheSorcerersStone, internet, J.K. Rowling, JkRowling, Piers Morgan, PiersMorgan, RealTimeWithBillMaher, twitter
All products recommended by Engadget are selected by our editorial team, independent of our parent company. Some of our stories include affiliate links. If you buy something through one of these links, we may earn an affiliate commission.