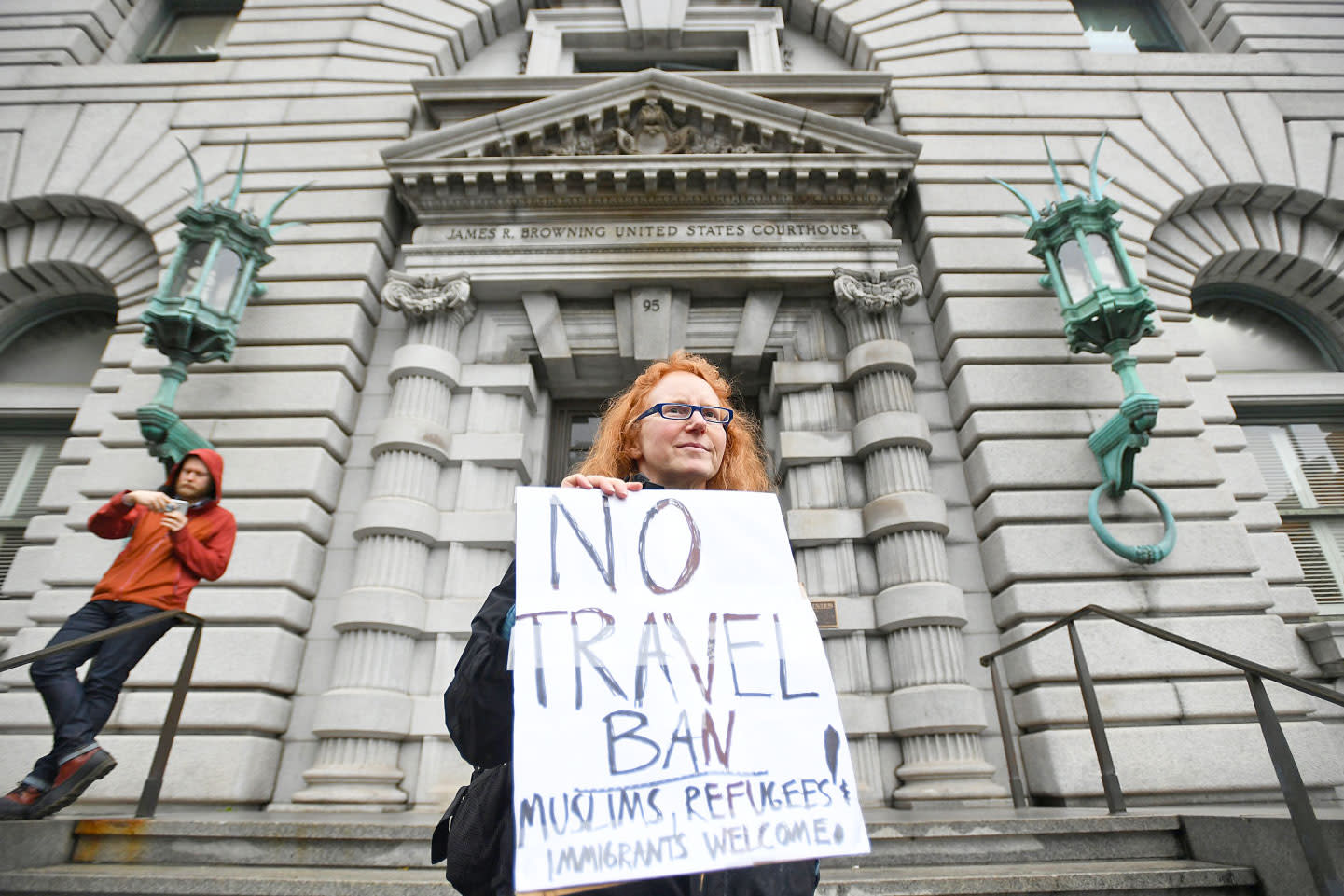 The San Francisco Ninth Circuit Court of Appeals ruled Thursday afternoon to keep the stay on President Donald Trump's travel ban, which aims to halt people from seven majority-Muslim countries from entering the United States. More than 100 technology companies -- including leaders Apple, Google, Microsoft and Facebook -- objected to the ban and filed an amicus brief in support of lawsuits against it.

Trump signed the executive order on January 27th. It places a 90-day ban on travelers from Iraq, Syria, Iran, Sudan, Libya, Somalia and Yemen, halts all refugees from entering the US for 120 days, and places an indefinite ban on accepting refugees from Syria. The order immediately faced backlash from protestors and groups including the ACLU, and dozens of lawsuits across the country were filed in opposition to it.

The technology industry has been a leading voice of opposition. Google employees staged a walkout; Facebook executives publicly criticized the order; Lyft pledged to donate $1 million to the ACLU. Uber CEO Travis Kalanick left Trump's economic advisory council after his seat at the table led to the #DeleteUber campaign. And, of course, 127 tech companies have signed on to support legal action against the ban.

The case before the federal court today was State of Washington v. Donald Trump. Last week, Judge James Robart ruled in this case to stay Trump's executive order, allowing travelers from the named countries to enter the country once again. This afternoon's decision means the Ninth Circuit Court of Appeals agreed with Robart's ruling and the travel ban remains not in effect.

The judges deciding the case -- Barack Obama appointee Michelle Friedland, George W. Bush appointee Richard Clifton and Jimmy Carter appointee William Canby Jr. -- heard arguments from both sides of the lawsuit on Tuesday, February 7th. The court live-streamed audio of the arguments on YouTube and at one point, the video drew 100,000 listeners.

Today's ruling was unanimous. The decision reads, "We hold that the Government has not shown a likelihood of success on the merits of its appeal, nor has it shown that failure to enter a stay would cause irreparable injury, and we therefore deny its emergency motion for a stay."

On Tuesday, Department of Justice Lawyer August Flentje argued that the state of Washington had no legal standing to sue on behalf of its universities or citizens. He also attempted to defend against allegations that the executive order was conceived in bad faith -- that it was intended to be a ban on Muslims, which would be challenged as a violation of the Establishment Clause.

Washington Solicitor General Purcell argued for the state's right to sue on the basis of proprietary harms including lost tax revenue and parens patriae -- the theory that the government is the legal protector of people who are unable to protect themselves. Purcell said there was "shocking evidence of intent to discriminate against Muslims" by the Trump administration, including public statements from the president and his aides.

In this article: culture, DonaldTrump, immigration, ImmigrationBan, lawsuit, politics, refugees, trump
All products recommended by Engadget are selected by our editorial team, independent of our parent company. Some of our stories include affiliate links. If you buy something through one of these links, we may earn an affiliate commission.