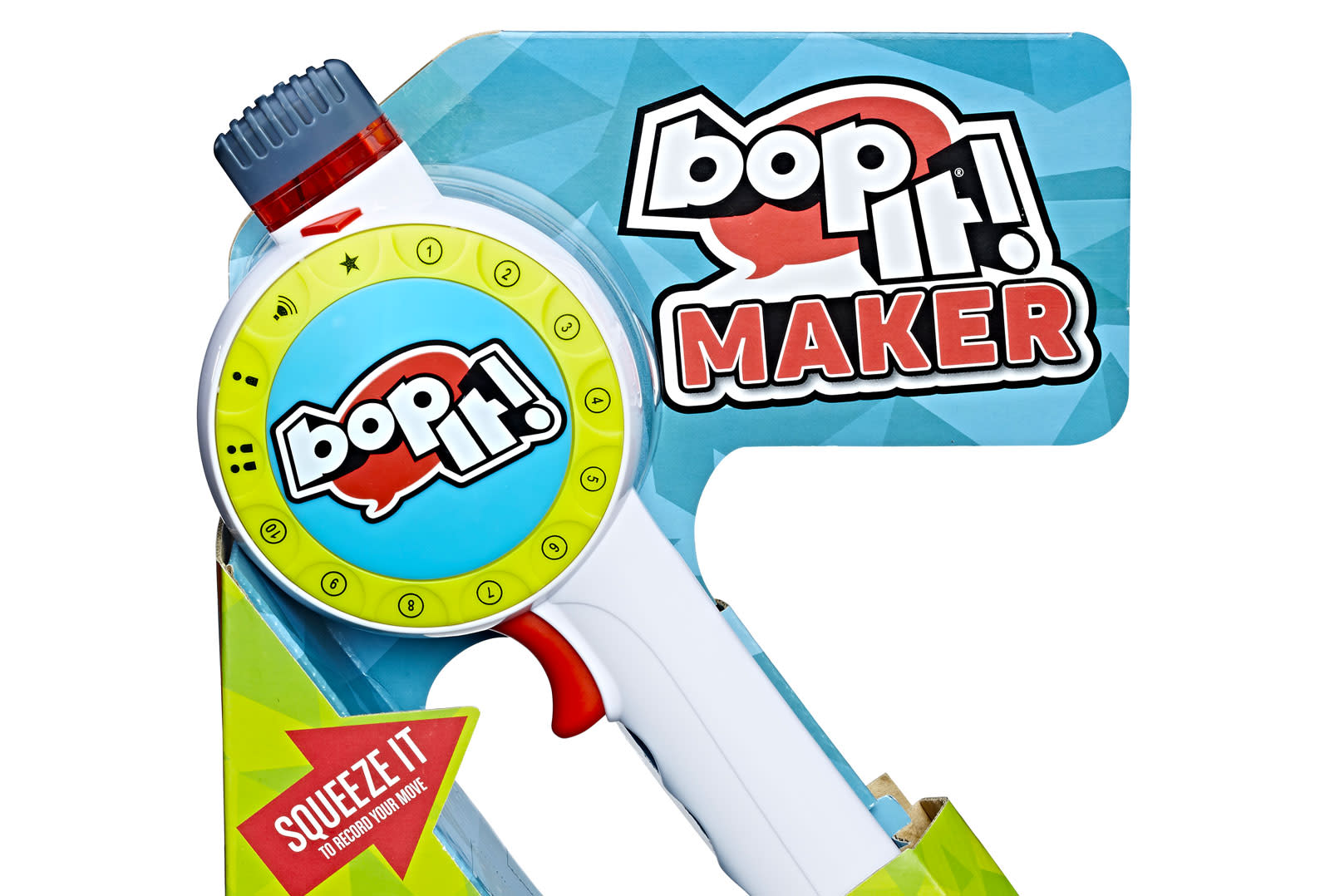 Bop It! 2016's got nothing on this year's iteration of the '90s musical toy. Hasbro has just launched a Bop It! Maker edition, and if that name isn't obvious enough, it promises the most personalized game you've ever played. The latest version allows you create your own moves by naming them, performing them and recording a sound for them. You can store up to 10 custom moves your friends can try to imitate later, so go crazy and make up some awkward and complex commands for maximum laughs. Bop It! Maker will cost you $20, just like last year's version. It will be available at retailers and on the HasbroToyShop website in the fall, but the company will showcase it at Toy Fair 2017 in New York.

In this article: bopitmakeredition, entertainment, gadgetry, gadgets, games, gaming, hasbro, toy, toyfair, toyfair2017, toys
All products recommended by Engadget are selected by our editorial team, independent of our parent company. Some of our stories include affiliate links. If you buy something through one of these links, we may earn an affiliate commission.