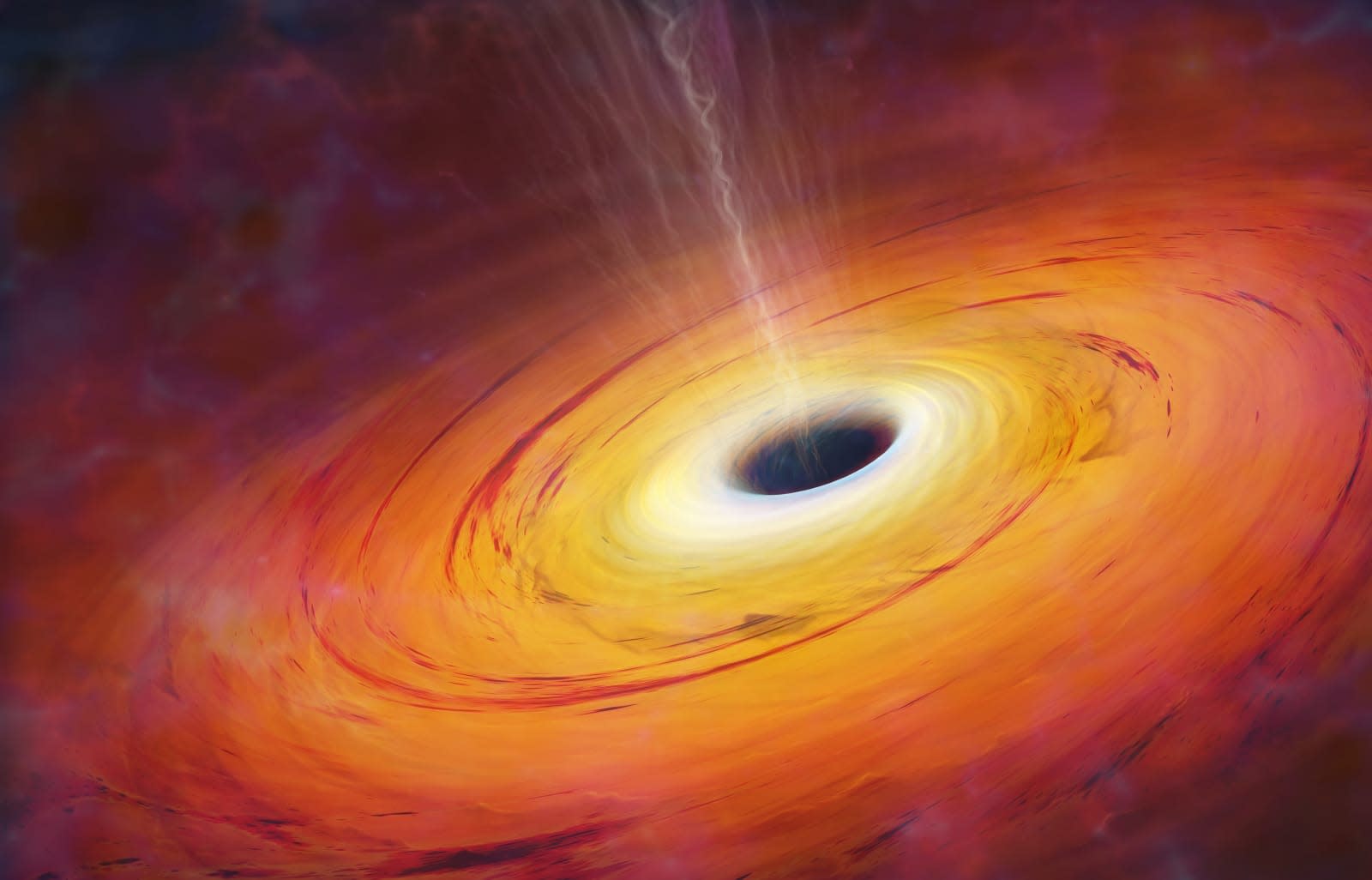 The Event Horizon Telescope (EHT) is finally ready to take a picture of Sagittarius A*. From April 5th to 14th this year, the virtual telescope that's been in the making for the past two decades will peer into the supermassive black hole in the center of our galaxy. EHT is actually an array of radio telescopes located in different countries around the globe, including the Atacama Large Millimeter/submillimeter Array in Chile.

By using a technique called very-long-baseline interferometry, the EHT team turns all the participating observatories into one humongous telescope that encompasses the whole planet. We need a telescope that big and powerful, because Sagittarius A* is but a tiny pinprick in the sky for us. While scientists believe it has a mass of around four million suns, it also only measures around 20 million km or so across and is located 26,000 light-years away from our planet. The EHT team says it's like looking at a grapefruit or a DVD on the moon from Earth.

To prepare the participating observatories, the team equipped them with atomic clocks for the most precise time stamps and hard-drive modules with enormous storage capacities. Since the scientists are expecting to gather a colossal amount of data, they deployed enough modules to match the capacity of 10,000 laptops. Those hard drives will be flown out to the MIT Haystack Observatory, where imaging algorithms will make sense of EHT's data, once the observation period is done.

The researchers said it could take until the beginning of 2018 before we see humanity's first photo of a black hole. As for what they're expecting to see, it'll be something like what their simulation yielded last year:

Based on Einstein's theory of general relativity, we're supposed to see a crescent of light surrounding a black blob. That light is emitted by gas and dust before the black hole devours them, while the dark blob is the shadow cast over that mayhem. But what if we see something else altogether? Team leader Sheperd Doeleman from the Harvard-Smithsonian Center for Astrophysics told BBC:

"As I've said before, it's never a good idea to bet against Einstein, but if we did see something that was very different from what we expect we would have to reassess the theory of gravity."

In this article: blackholes, eventhorizontelescope, science, space, TheoryOfRelativity
All products recommended by Engadget are selected by our editorial team, independent of our parent company. Some of our stories include affiliate links. If you buy something through one of these links, we may earn an affiliate commission.