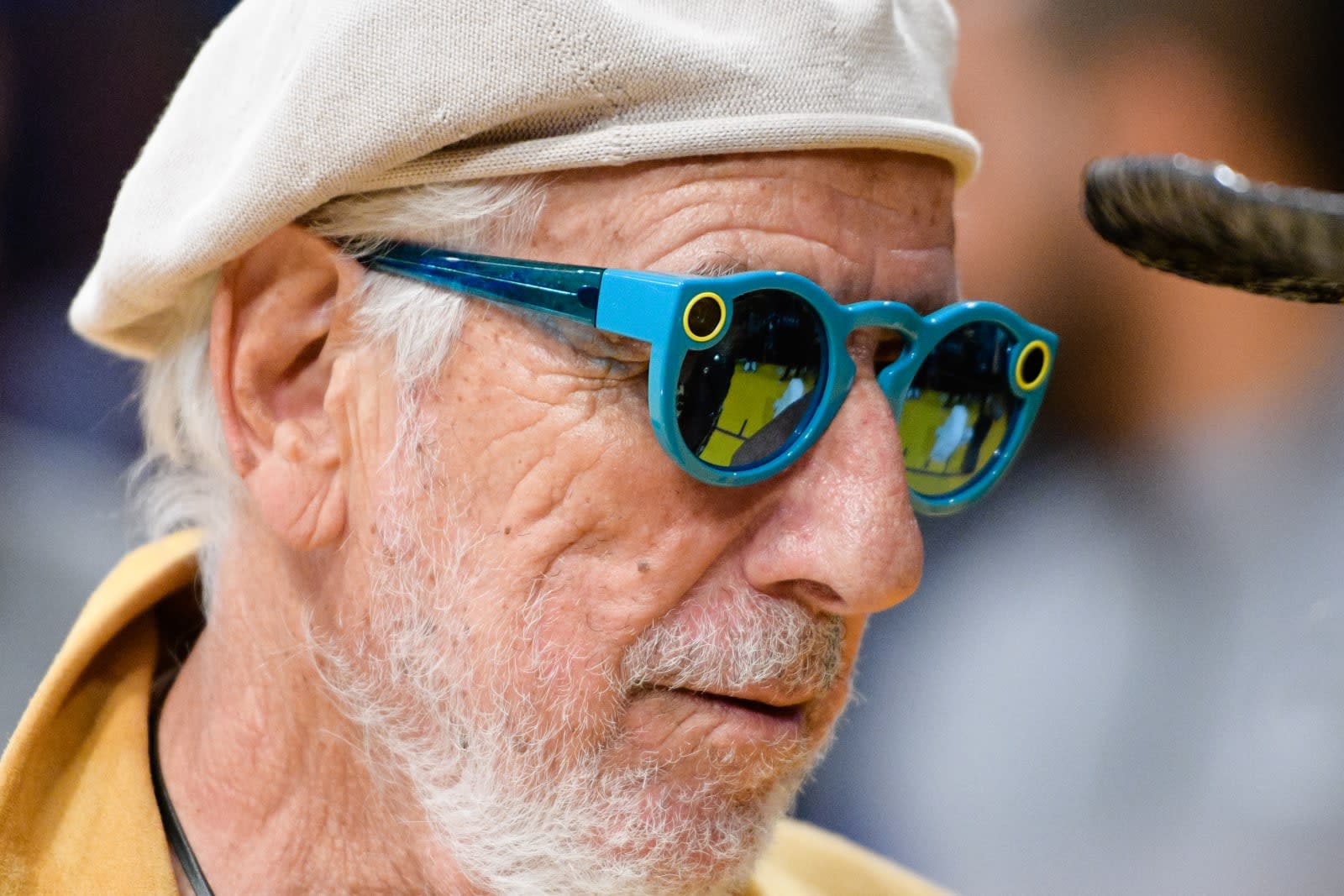 Snapchat's video and photo-capturing spectacles are no longer restricted to those who can hunt down its colorful vending machines. From today, you can also buy them online. Or rather, you can if you live in the US. Head to the Spectacles website and you'll see the option to purchase a black, coral or teal pair for $129.99. Add them to your basket, however, and you'll find a note which says "available in the US only," as well as a reminder that only six Spectacles can be ordered per address/person. A welcome expansion then, but one that will frustrate power-snappers outside the states.

The sunglasses caused quite a stir when they launched last September. They were cheaper and more approachable than Google's high-end Glass wearable, and displayed a clear ring of lights when the user was recording. The camera's footage was unique too, shooting in a circular format that allowed fellow Snapchat users to watch in landscape, vertical, or a mix between the two. Snapchat followed up with a store in New York City, which attracted long lines at first. Recently, however, it's been a lot easier to just walk up and buy a pair (the cold weather has probably helped.)

Ever since Snapchat rebranded as Snap, it's talked about itself as a camera company. The app, it seems, is just the start of a broader push that involves both hardware and software. Wider availability for Spectacles, at least in the US, should also help the company as it gears up for a long-awaited IPO.

In this article: cameras, gadgetry, gadgets, gear, snapchat, spectacles
All products recommended by Engadget are selected by our editorial team, independent of our parent company. Some of our stories include affiliate links. If you buy something through one of these links, we may earn an affiliate commission.