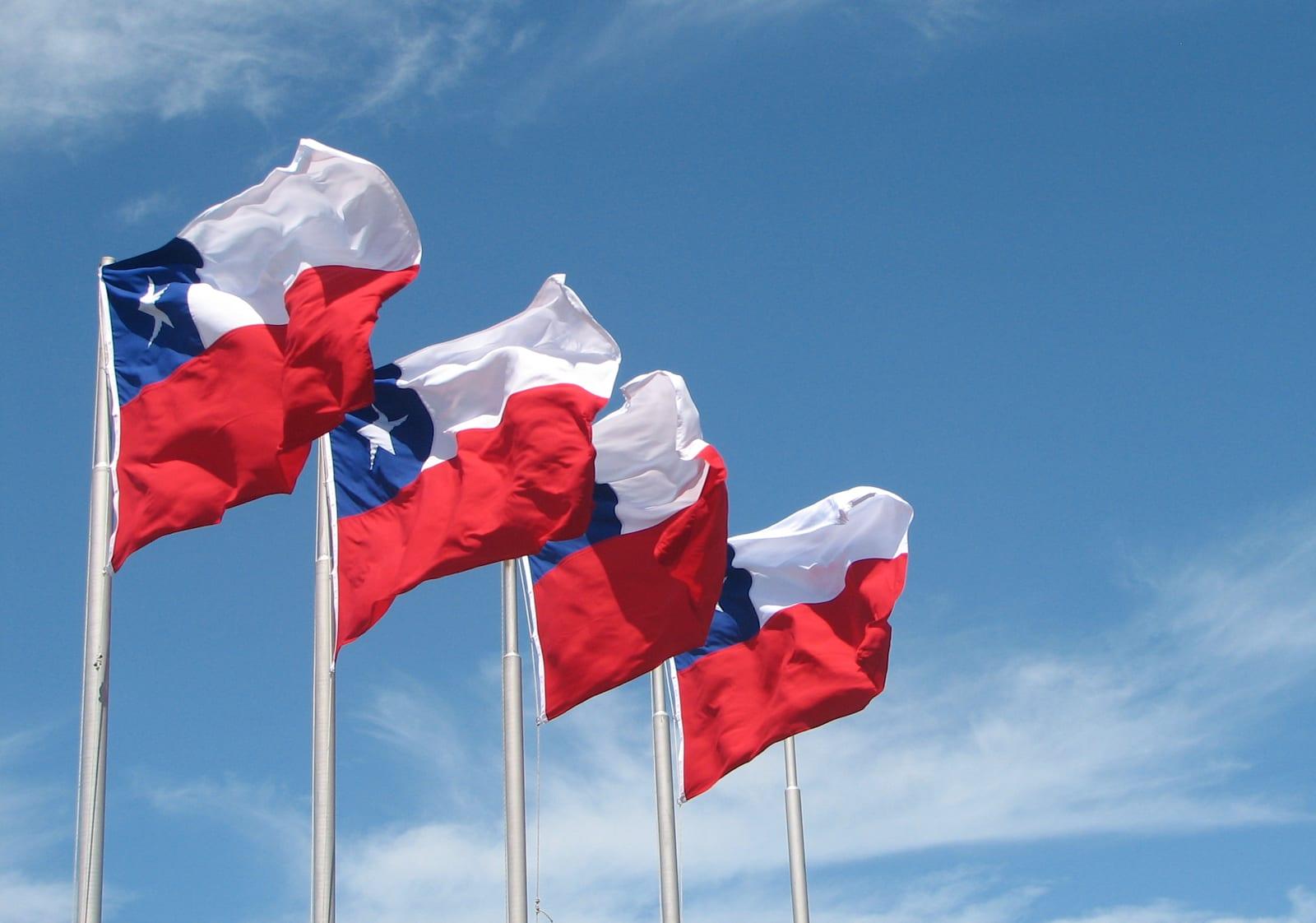 The current roster of emojis includes many national flags, but not state-specific ones. So, left with few other options, people have taken to using the Chilean flag emoji (🇨🇱) to signify Texas pride. This makes sense considering how much the two flags look alike, but one Texas lawmaker has had enough.

Reuters reports that on February 16, State Representative Tom Oliverson filed a resolution that asks Texans to lay off using the emoji when talking about their home state. The legislation is polite, but calls on lawmakers "to reject the notion that the Chilean flag, although it is a nice flag, can in any way compare to or be substituted for the official state flag of Texas and urge all Texans not to use the Republic of Chile flag emoji in digital forums when referring to the Lone Star Flag of the great State of Texas."

The language of the resolution doesn't propose an enforceable law. Instead it's more of a lighthearted plea for tweeters to stop mixing up the two flags. Oliverson doesn't seem to be taking the legislation too seriously either, telling Reuters he "designed it be educational, kind of like a public service announcement."

In emoji form, the Chilean flag looks a lot like The Lone Star Flag, but they're not identical. The biggest difference is that while Chile's flag has a blue square in the top left corner containing a white star, Texas' has a blue bar on the left side with a white star in the middle. The flags are even similar in name -- Chile's flag is known in Spanish as "La Estrella Solitaria," or "The Lone Star."

This amusing resolution is further proof that, as we suspected, emojis are taking over the world. They're getting their own movie, helping us order tacos and being incorporated into the bible. They're beyond our control and language is dead.

In this article: chile, chilean, culture, emoji, Emojis, flag, flags, internet, politics, reuters, texas, TomOliverson
All products recommended by Engadget are selected by our editorial team, independent of our parent company. Some of our stories include affiliate links. If you buy something through one of these links, we may earn an affiliate commission.