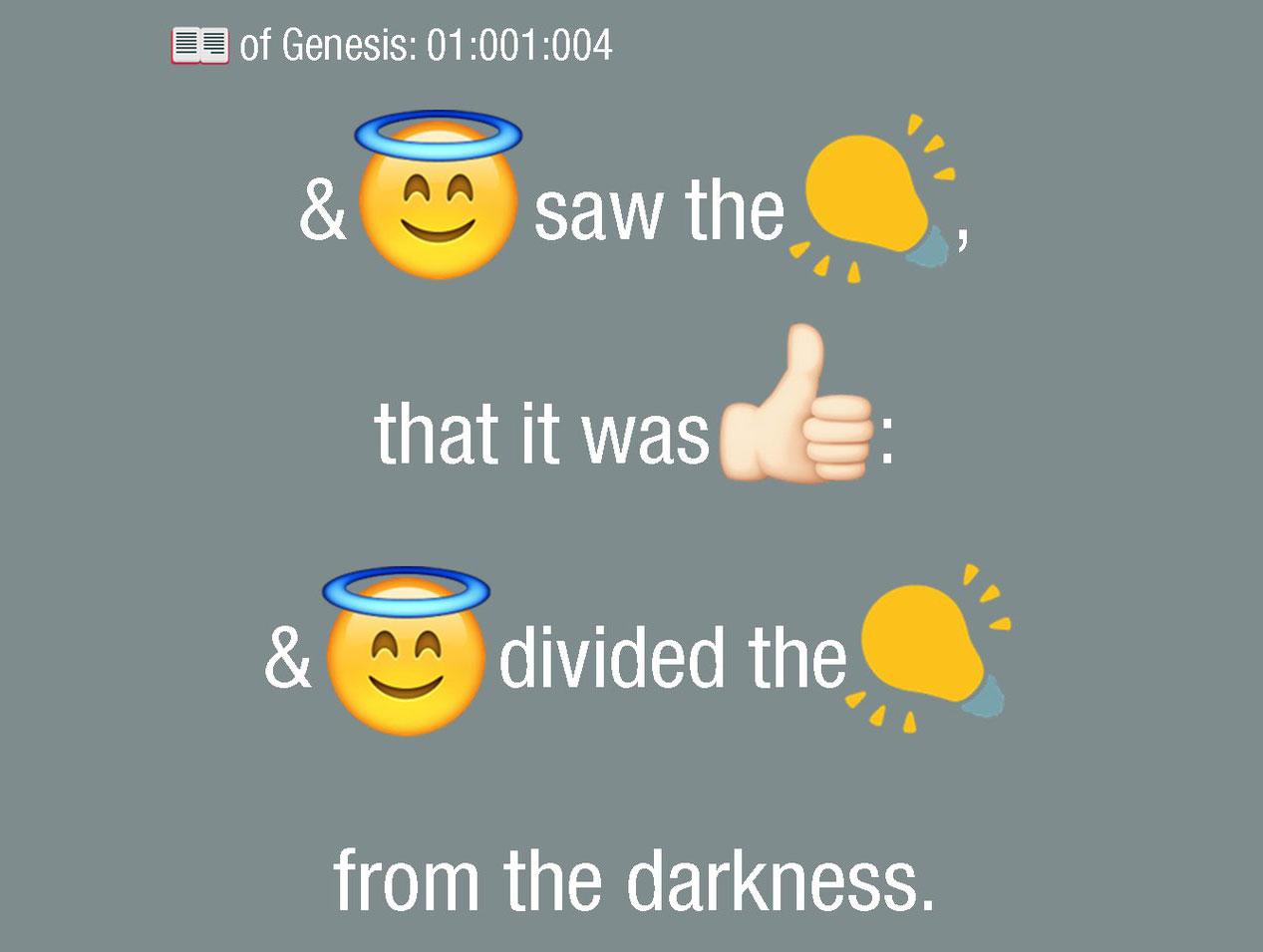 It was inevitable: The bible has been updated for the 21st century with a new... emoji translation. According to The Guardian, an anonymous translator, who prefers to be identified only by 😎, reworked the King James Version of the bible using unicode emoji, as well as common internet abbreviations and slang. The bible, appropriately titled Scripture 4 Millenials, took six months to complete, and was translated with a program created by Mx. 😎 that matched up 80 distinct emoji with 200 words. If you're curious (or pious) enough and are willing to part with $2.99, you can check out the 3,000-plus page work right now on iTunes.

In this article: bible, culture, emoji, emojibible, internet, scripture4millenials
All products recommended by Engadget are selected by our editorial team, independent of our parent company. Some of our stories include affiliate links. If you buy something through one of these links, we may earn an affiliate commission.
Share
Tweet
Share