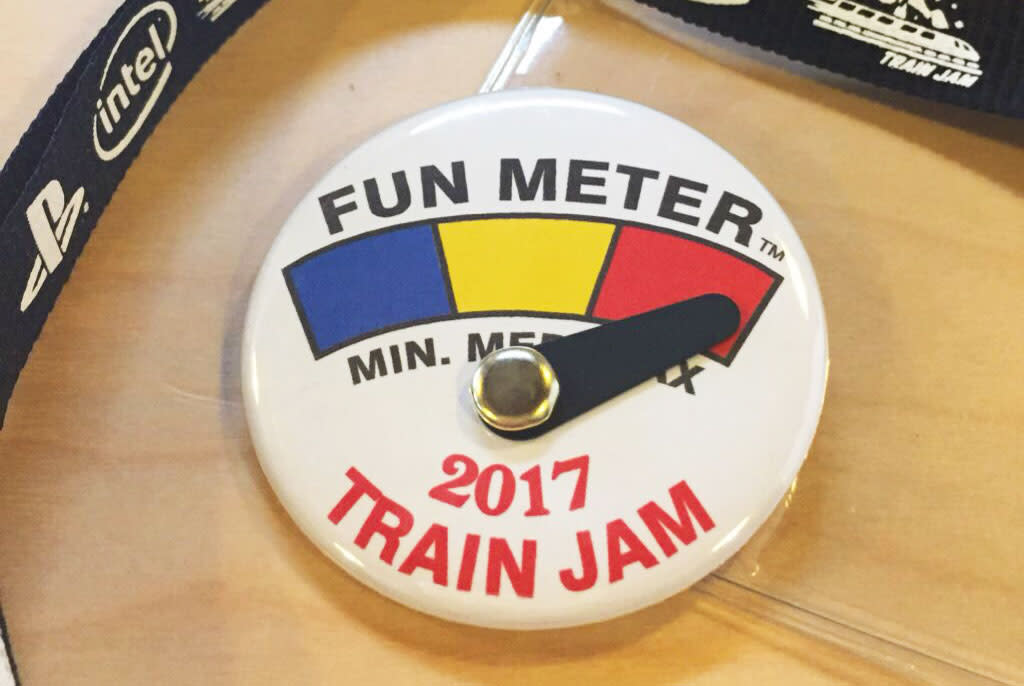 Two game developers with disabilities are headed to the 31st annual Game Developers Conference (GDC) this year via Train Jam, a four-day rail excursion from Chicago to San Francisco that was founded in 2013. Train Jam participants collaborate to create new games during the trip, which they can debut at GDC. Both developers are being sponsored by the AbleGamers Foundation, a nonprofit that provides access to video games for people with disabilities via assistive technologies like adapted controllers.

Veve Jaffa and AJ Ryan, two talented indie developers who experience disabilities, were chosen to receive accessible rooms on the train along with airfare, lodging and Train Jam event tickets, thanks to the sponsorship of both AbleGamers and GDC itself. They'll also get All Access passes for the following week's GDC events in San Francisco, which include development panels, technology showcases and demos of new and upcoming video games. GDC is the largest and longest-running conference of its kind, and has become the place to be for anyone working or writing about the gaming industry.

Veve Jaffa experiences chronic pain with sensory and ambulatory challenges. They (their preferred pronoun) are looking forward to the train ride itself, and feel included rather than tokenized. Train Jam is something they've always wanted to participate in, but needed accommodations to do so. They're also speaking at GDC this year about urban exploration and photogrammetry in game design, as well as demonstrating their latest game prototype, Nakam.

"I often strive to meet accessibility standards in my games," Jaffa told Engadget in an email, "whether it's unimodal interfaces, text descriptions or accessible colour palettes. I want to demonstrate that you can make complex and engaging games while accommodating a variety of players and abilities."

Ryan has muscular dystrophy, a progressive disease that affects motor strength. He's not been to GDC before but wants to prove to the game industry that there are game developers with disabilities who can do great work.

"I've successfully done this (created an accessible game) before during multiple game jams but being on a train will bring unique challenges such as no internet access and a bumpy road to code on," he said in an email.

AbleGamers founder Mark Barlet is proud of his foundation's sponsorship. Sending two indie developers to both Train Jam and GDC is a move designed to help raise the visibility of people with disabilities in such a culturally significant industry. "We can't wait to see what Veve and AJ cook up while touring across the country," he said in a press release, "and are eager to hear about their experiences and opportunities encountered while at GDC in San Francisco."

In this article: ablegamers, design, disabilities, GameDevelopersConference, gaming, GDC, personal computing, personalcomputing, trainjam
All products recommended by Engadget are selected by our editorial team, independent of our parent company. Some of our stories include affiliate links. If you buy something through one of these links, we may earn an affiliate commission.