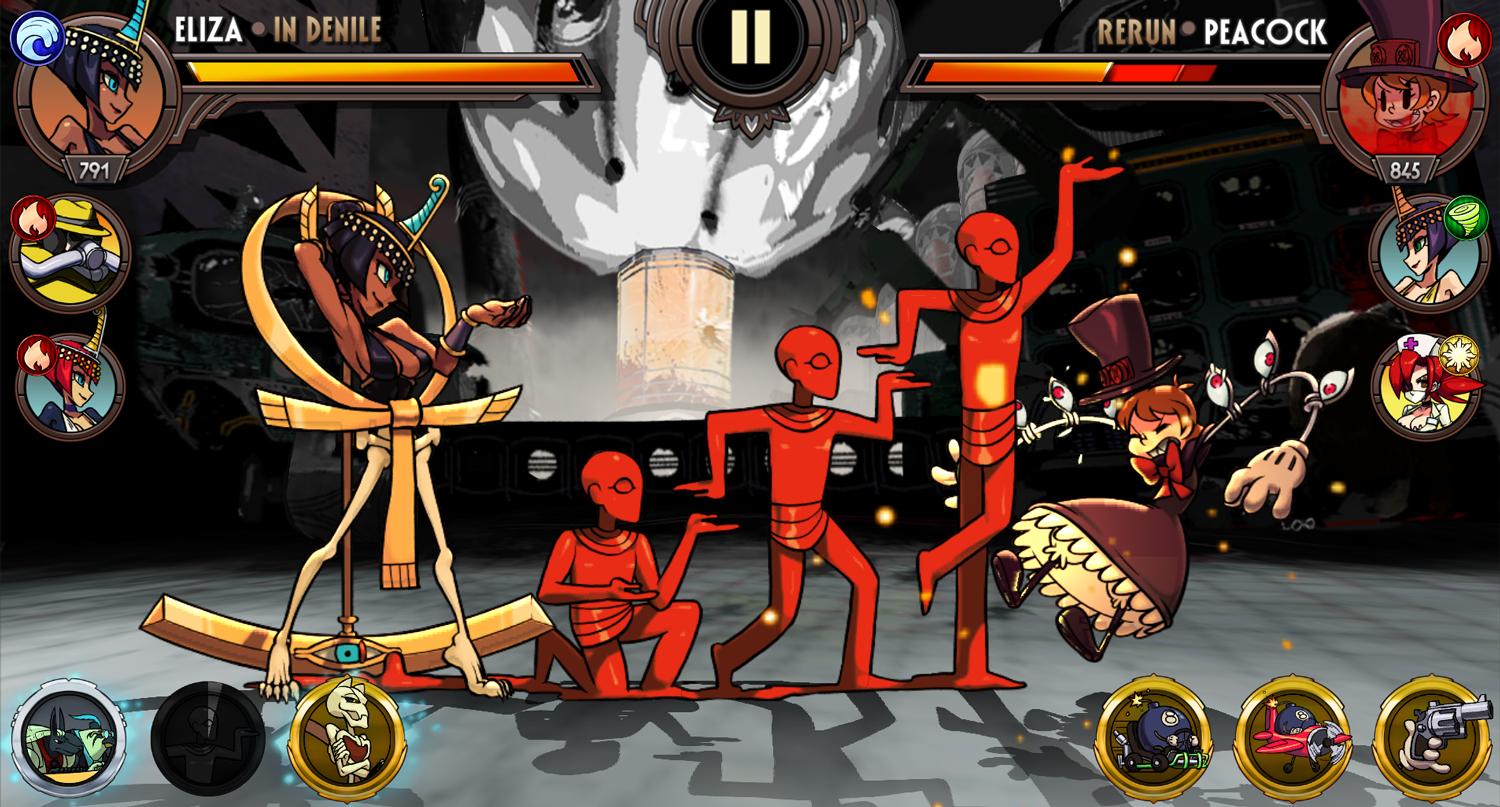 Popular fighting game Skullgirls has been released on almost every other modern platform; now it's time to play it on your smartphone. Originally teased last July, the free-to-play version of this fan-favorite title is slated to arrive in Spring 2017 for both iOS and Android devices.

The mobile version of Skullgirls was developed by Hidden Variable Studios (best known for its hit number puzzle game Threes). The new iteration was designed as a pared-down experience compared to the the console version, which should match the more truncated playstyle of mobile gamers. Skullgirls mobile will include leveling systems (like an RPG), team and deck-building mechanics and a Fight Assist mode that will allow players to take on more of a tactical, bigger-picture role using these auto-battle settings.

The original Skullgirls title, released by developer Lab Zero in 2013, was a more traditional fighting game that could be played using specialized controllers. It received high review scores from both critics and gamers. Even if a free-to-play version might not please fans of the more hardcore original, Skullgirls could in fact do well on mobile. Its developer has a proven track record and the IP has solid indie cred.

As for when exactly the game will show up on your phone, the developers are playing it safe. Even though they've said it would be available this spring, they've declined to share specific launch dates or even which markets Skullgirls mobile will appear in first. In this article: Android, fightinggame, gaming, HiddenVariableStudios, iOS, mobile, mobilegame, Skullgirls, video
All products recommended by Engadget are selected by our editorial team, independent of our parent company. Some of our stories include affiliate links. If you buy something through one of these links, we may earn an affiliate commission.