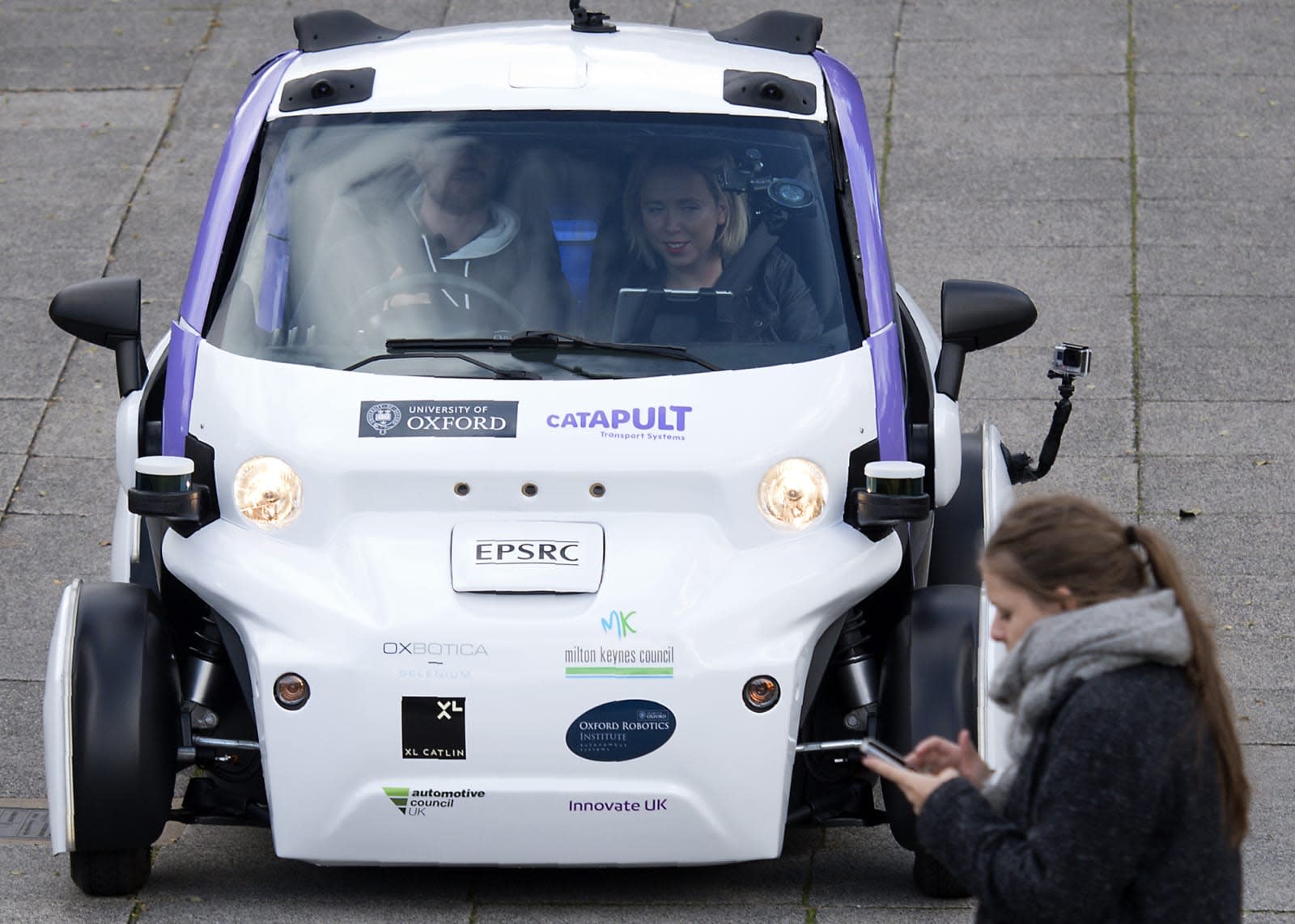 Ever since the idea of autonomous vehicles began appearing on the roadmaps of major car makers, the UK government has made it clear that Britain can provide a strong platform for them to develop and test what they've built. Some projects, like the Lutz Pathfinder pod, are already underway, but questions have remained over who will be liable when autonomous modes are engaged on public roads.

The 2016 Queen's Speech included a "Modern Transport Bill" that set out what needed to be done to support the introduction of driverless cars in the coming years. The document, which called for new and updated legislation, has now been worked on and finalised as the Vehicle Technology and Aviation Bill. In it, the government lists a number of proposals regarding how self-driving cars should be insured and suggests new rules requiring petrol stations (like Shell) and businesses to install more charging points for electric and hydrogen-powered cars.

Most importantly, the government says insurance for autonomous vehicles in the UK will need to cover when the driver is in manual control and when the car is driving itself. It has been suggested that insurers will act as a middleman for manufacturers so that anyone injured by an autonomous car can claim against the owner's insurance and not have to file a private liability claim against the car maker. "This will mean innocent victims involved in a collision with an automated vehicle will have quick and easy access to compensation," the government said in a statement.

The Bill also lays out instances where the owner will be at fault, even after engaging autonomous mode. If the owner has decided to modify the software on their vehicle or has failed to install important updates when their policy instructs them to, they will be made liable for any damages. It'll be down to the Secretary of State, by way of the Department for Transport, to decide which cars are covered by the new laws.

"Automated vehicles have the potential to transform our roads in the future and make them even safer and easier to use, as well as promising new mobility for those who cannot drive," said Transport Secretary Chris Grayling. "We must ensure the public is protected in the event of an incident and today we are introducing the framework to allow insurance for these new technologies."

To better assist the rising numbers of electric cars, the Vehicle Technology and Aviation Bill includes measures to increase the number of charging stations, but also force businesses to provide easy access to information regarding their location, hours of operation, fuelling options, cost (and methods of payment), charging methods (Tesla uses a different connector to Nissan, for example) and whether they are in use. Petrol stations and large businesses like supermarkets would be urged to provide points under the new proposals.

Although true driverless cars are perhaps a few years away, the government believes that by acting quickly, car makers and developers of driverless technology will position the UK a leader in autonomous transportation. The Bill will now pass through Parliament, where ministers and third parties like insurers and vehicle makers can share their thoughts on how the UK's autonomous infrastructure should be built and maintained.

In this article: autonomous, bill, culture, gear, politics, selfdriving, transportation, ukgovernment, VehicleTechnologyandAviationBill
All products recommended by Engadget are selected by our editorial team, independent of our parent company. Some of our stories include affiliate links. If you buy something through one of these links, we may earn an affiliate commission.