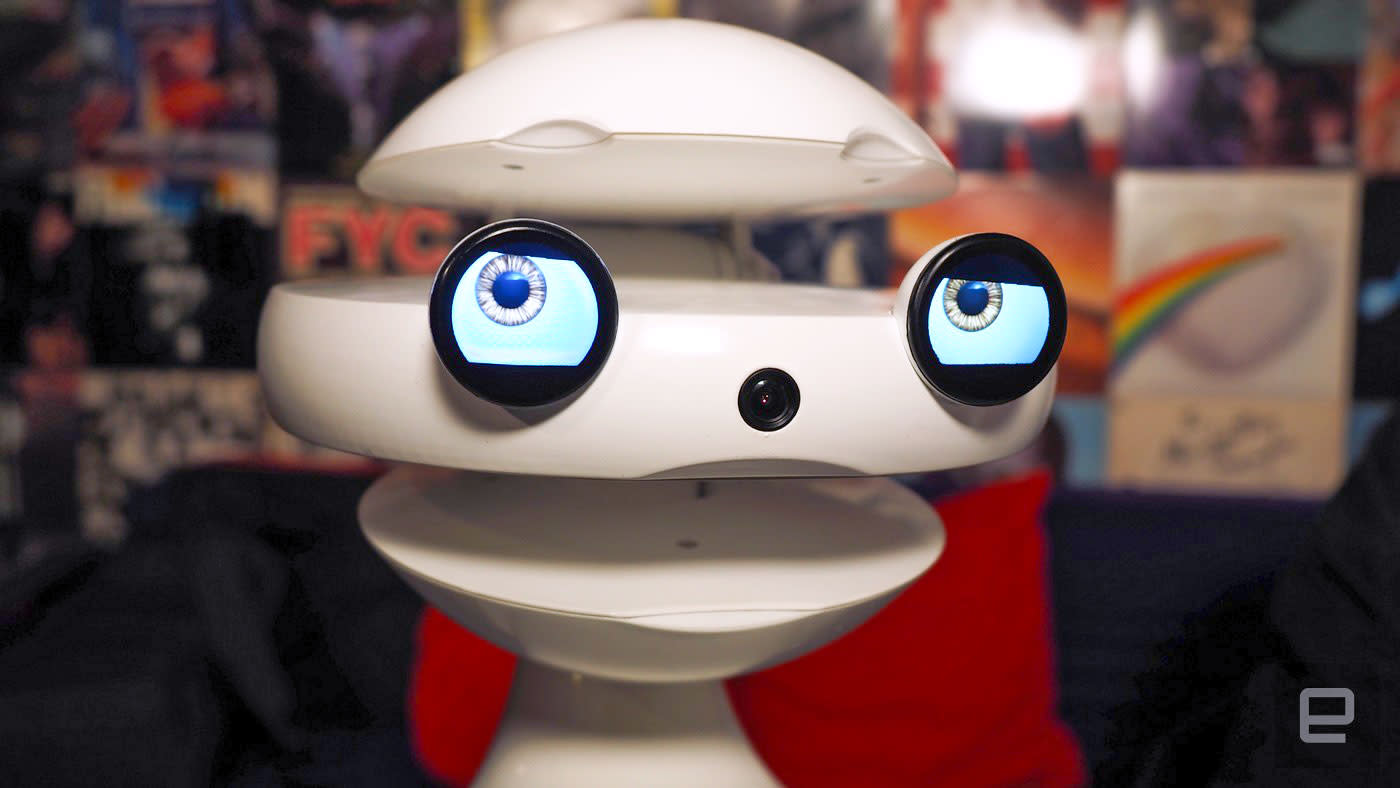 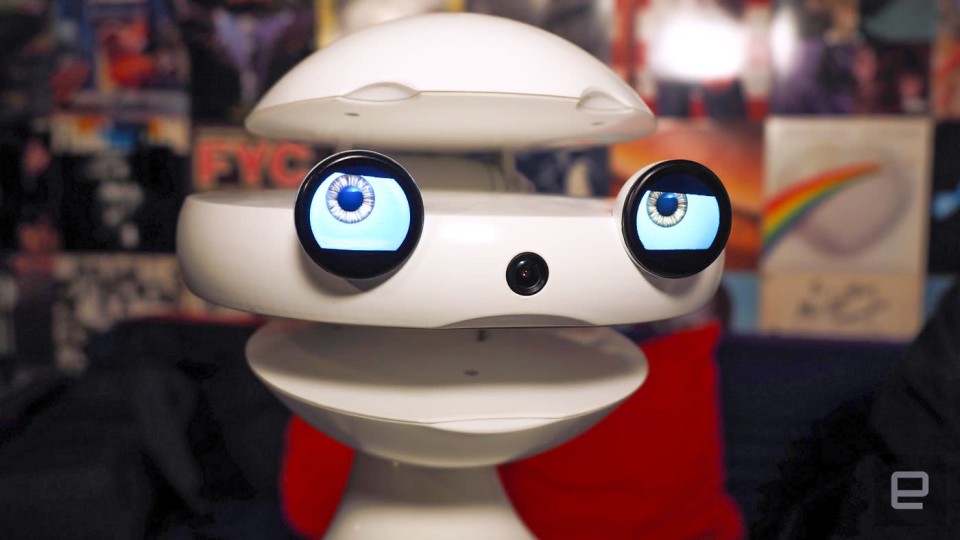 A lot of well-meaning parents really, really want their child to learn a second language. However, it's hard to teach a language when you don't actually speak it yourself. Flash cards, videos and apps are all great, but real retention only happens through regular social interaction. Enter Flash Robotics' EMYS, a Kickstarter project that isn't just another mechanical assistant -- it's a friend that chats, plays and makes sure your kid walks away with some knowledge of the Spanish language. The dome-headed robot is named for how its head resembles certain species of turtles, but its segmented skull is probably more akin to the stacked lines of an old AT&T logo. But that design quirk serves a purpose by keeping the the number of moving parts to a minimum. This makes EMYS a lot more durable, the better to keep up with the antics of children aged four to seven. Despite being comprised of only three major components, EMYS is incredibly expressive. The upper dome can represent raised or lowered eyebrows, while the lower piece stands in for a mouth by opening up for a big smile or closing up in disdain.

Most of the emotional work is done by EMYS' large LCD eyes, which display a pair of big brown corneas and eyelids that open and close to express additional moods. It's important that the face be as engaging as possible because that's where the majority of children's interaction with EMYS should be: the display at its base only shows off simple images. It's not a touchscreen, so it can't be used to program EMYS in any way. Parents use an app to set EMYS up and install new courses, which will be released throughout the year. EMYS' ability to grow and learn new things will be important to keep kids engaged. Creators Jan Kędzierski and Michal Dziergwa hope to open up the platform to developers so EMYS can branch out into more subjects, as well as adding more languages to future iterations (the current EMYS robot can only teach Spanish to English speakers, and vice versa). But while EMYS can be programmed with new knowledge, it isn't "smart" the way Siri and Google Now are. To protect children's privacy, EMYS is not even connected to the internet.

It's not even really voice controlled. While children can say hello and have EMYS understand some basic commands, a child's interaction will be more physical than vocal as the robot is outfitted with a variety of sensors to encourage more tactile interaction. EMYS likes being rubbed and petted, but hates when you touch its base, and its LCD eyes will narrow in annoyance. Kędzierski and Dziergwa say its personality might be a little more forgiving at launch, though, as they want children to be creative with how their interact with the robot, dressing it up and using included modeling clay to add their own personal spin to EMYS' plain white surface. Of course, the end goal of encouraging all this regular play is so EMYS can habla español with your child, and that is mostly accomplished with the use of smart tags -- small tiles containing RFID chips that kids can hold up to EMYS' screen for a brief Spanish lesson. But it's more than just showing a picture of a dog and repeating "perro." EMYS will create context around that word: What color is the dog? What do dogs like to eat? What's the name of the animal that dogs fight with? Ideally the robot will teach at least one word a day, and then reinforce that knowledge by building on it in future lessons, just like a human teacher would.

Flash Robots has been working on EMYS for over eight years, and there's still a lot of development and testing to go -- it's set to ship in June of 2018. But, parents can still reserve one today on Kickstarter for an early bird price of $399. Programmers looking to take a crack at EMYS will be happy to know that all tiers include an SDK, while the actual developer edition costs $699, ships a bit early and provides free technical support as well as lots and lots of colorful clay.

In this article: culture, education, EMYS, English, FlashRobotics, HAXAccelerator, home, Kickstarter, kids, robot, robots, Spanish, toy, toys, video
All products recommended by Engadget are selected by our editorial team, independent of our parent company. Some of our stories include affiliate links. If you buy something through one of these links, we may earn an affiliate commission.