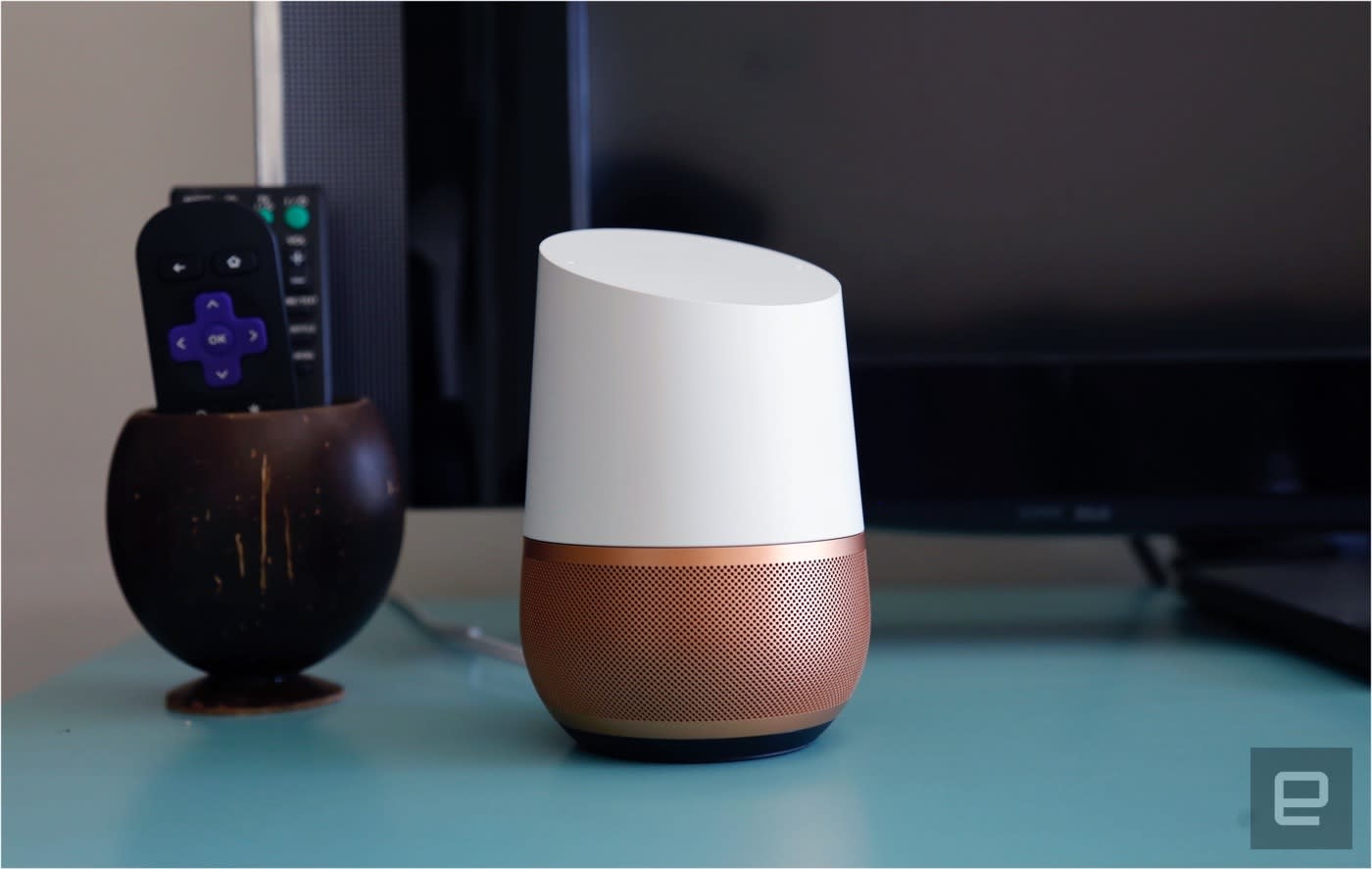 If you've been waiting for Google to bring its smart Home speaker to the UK, you may only have to hang on a little bit longer. A Google spokesperson confirmed to Engadget today that the contoured cylinder will make its journey across the Atlantic in the second quarter of this year, giving the Amazon Echo some much-needed competition in the process.

Details are scarce right now but Rick Osterloh, Google's SVP of Hardware, told BBC reporter Rory Cellan-Jones that he believes the Home's "AI skills and vast data" will give it the edge over its rival. The Echo has been on sale in the UK since September 2016 and has already gained support from various local apps and services, which may put it slightly ahead of Google's offering at launch.

As for release date and price, Google will provide more information in the near future. Given the weakness of the pound, don't be surprised if the Home sticks pretty close to its $129 price tag in the US.

In this article: av, gear, google, googleassistant, googlehome, internet, speaker
All products recommended by Engadget are selected by our editorial team, independent of our parent company. Some of our stories include affiliate links. If you buy something through one of these links, we may earn an affiliate commission.