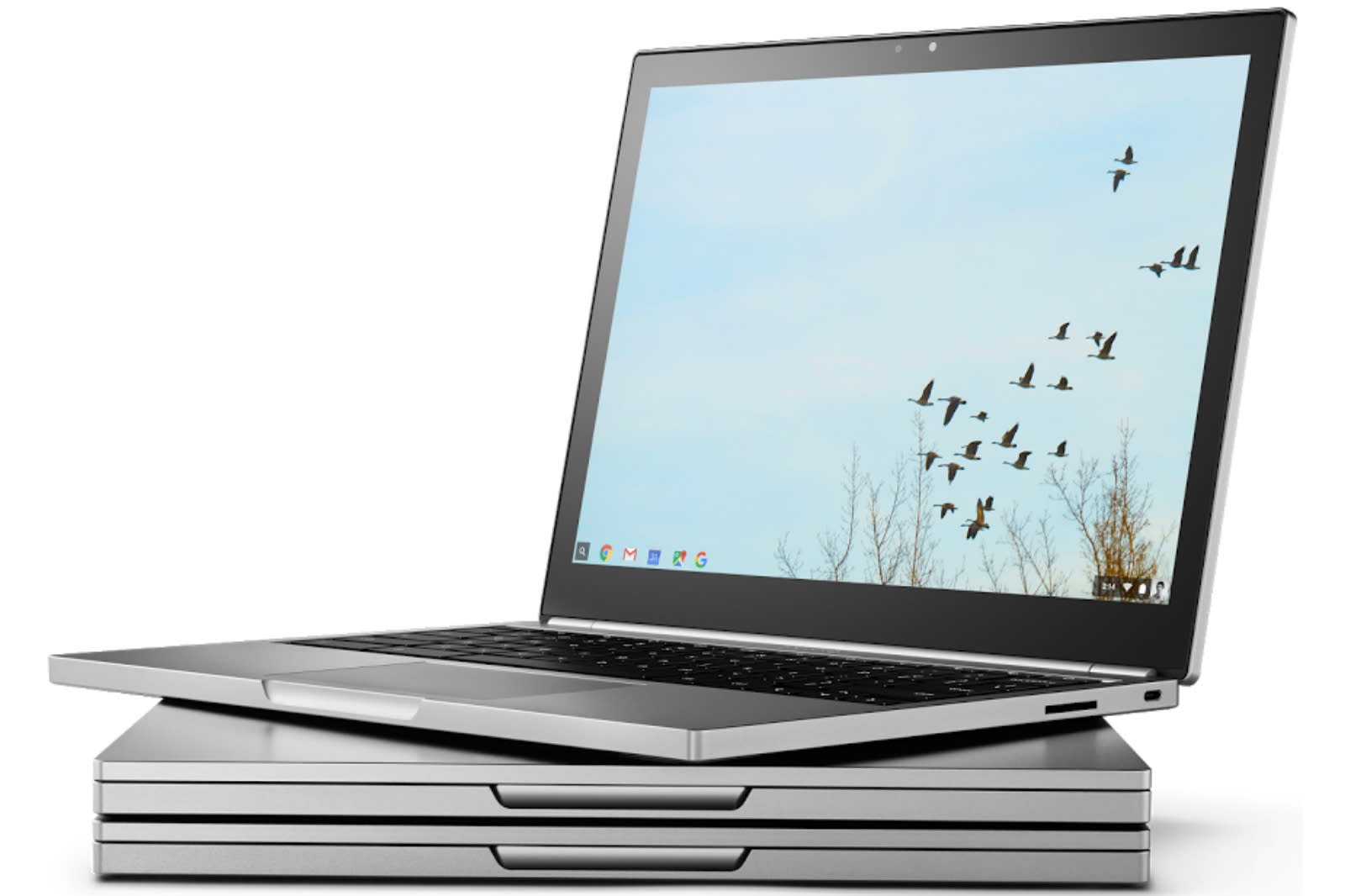 Although its new flagship phones have been doing brisk sales, Google's high-end, $1,299 Pixel-branded Chromebooks won't be seeing much love from the search giant in the near future. According to TechCrunch, reporting from the Mobile World Congress in Barcelona today, Google's SVP of hardware Rick Osterloh has announced the second version of the Pixel laptop will be the last of its kind.

As TechCrunch notes, Google is trimming down the Pixel line to just the smartphones and the Pixel C tablet for now. Although there may be other devices carrying the name in the future, Osterloh said it was unlikely that its own laptops would be one of them. And don't hold your breath if you were in the market for a Pixel 2 yourself: The laptop sold out back in August and has no plans to restock them. Chrome OS is staying put, however, and users will still be able to buy third-party Chromebooks. "Google hasn't backed away from laptops," Osterloh said. "We have the number two market share in the U.S. and U.K. — but we have no plans for Google-branded laptops."

In this article: chromebook, gadgetry, gadgets, gear, google, mwc2017, personal computing, personalcomputing, pixel, pixel2
All products recommended by Engadget are selected by our editorial team, independent of our parent company. Some of our stories include affiliate links. If you buy something through one of these links, we may earn an affiliate commission.