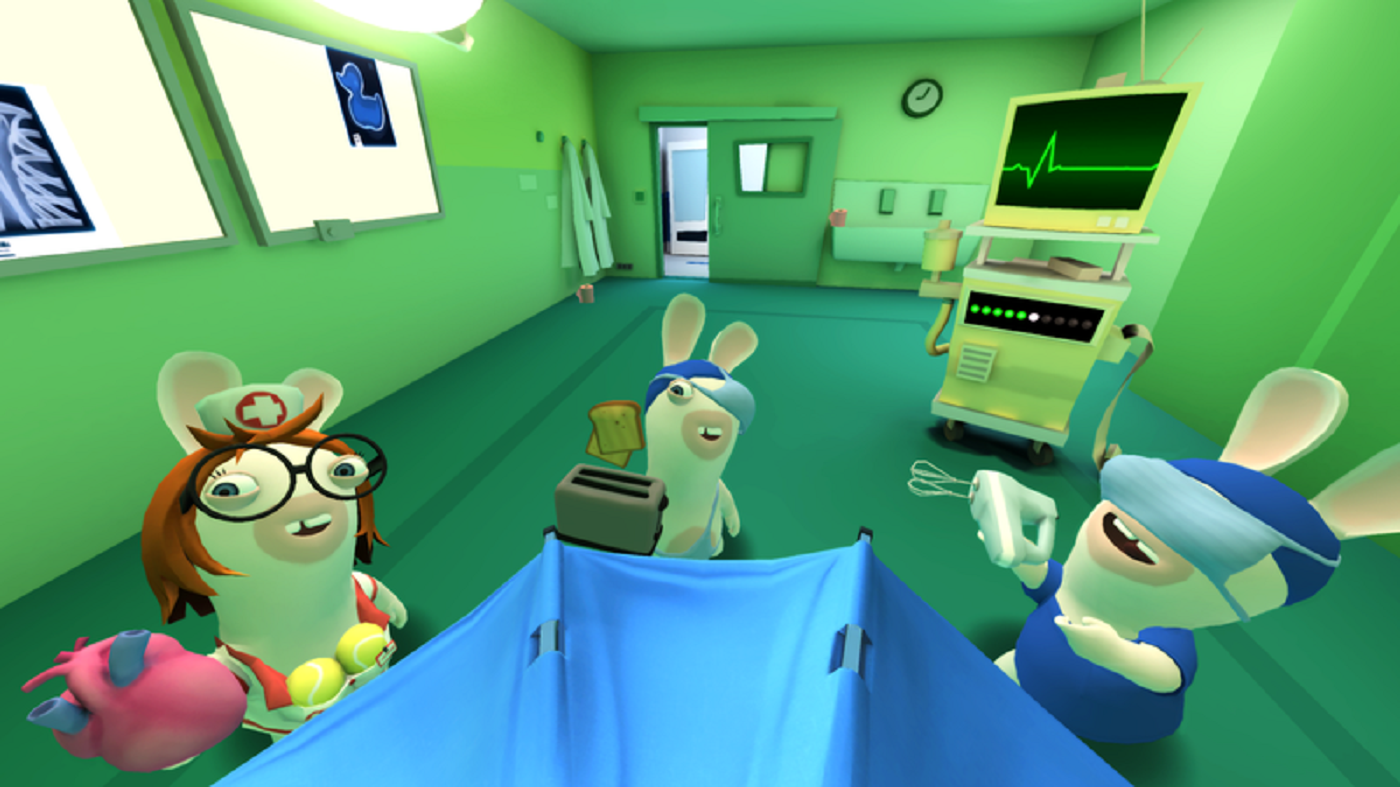 Virtual reality is about to be invaded by derpy, mischievous rabbits. Ubisoft's long-running Rabbids franchise is coming to Google's Daydream VR platform sometime this spring, the publisher announced.

In Virtual Rabbids: The Big Plan, players will help a government agency recover missing digits stolen by the furry, slack-jawed troublemakers, according to Polygon. Ubisoft Montpellier's Loic Gounon and Fred Mizac showed off some of the game's locations during Google Developer Day at GDC in San Francisco, calling it a "funny immersive experience." One level takes place in a supermarket, where Rabbids interfere with your grocery shopping. In another scenario, you hand surgical equipment to the Rabbids in an operating room. Hopefully, that patient has good insurance.

While they might not be a household name, the Rabbids games have been around since 2006, spawning numerous sequels, amusement park attractions and merchandising. Ubisoft is currently working to bring Rabbids to the big screen as well. It's teamed with Sony Pictures to produce a hybrid live-action/animated feature film, but there's no word yet on when it will debut.

In this article: gaming, googledaydream, personal computing, personalcomputing, rabbids, Ubisoft, VirtualRabbidsTheBigPlan
All products recommended by Engadget are selected by our editorial team, independent of our parent company. Some of our stories include affiliate links. If you buy something through one of these links, we may earn an affiliate commission.