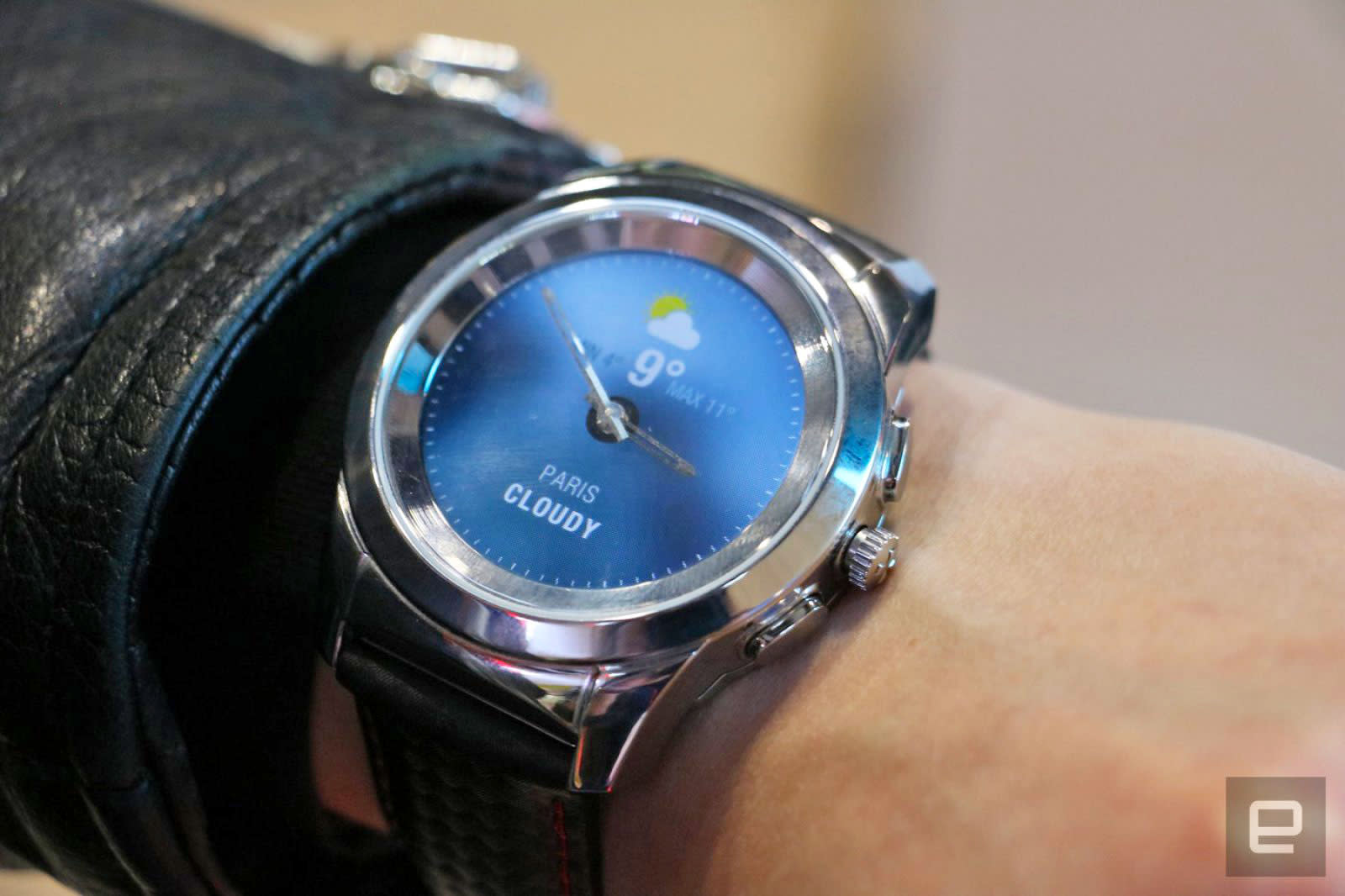 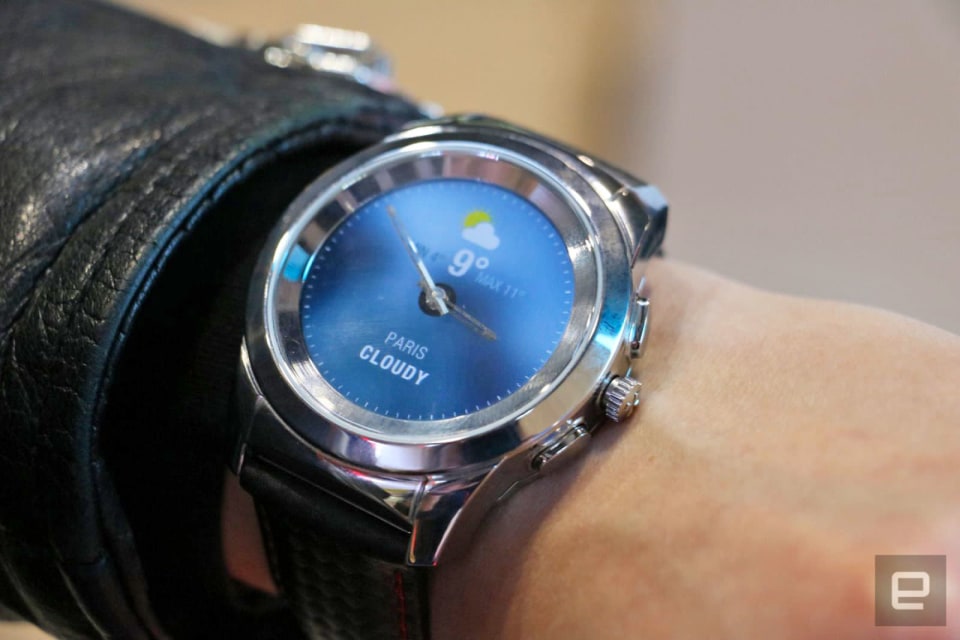 One of the biggest complaints about smartwatches today is that they don't always display the time, since their screens go to sleep after a while. Several companies have tried to alleviate the issue by offering always-on displays, but that comes at the expense of battery life. Swiss startup MyKronoz has come up with a creative solution by sticking actual watch hands on the face of its latest smartwatch called the ZeTime. And, after spending some time with a unit here at MWC 2017, I'm surprised by how effective it is. The ZeTime comes in a 44mm stainless steel case, housing a round 1.2-inch 240 x 240 display. Just above this color touchscreen are silver minute and hour hands that show the current time. These arms are controlled by a companion app on your phone, not by the crown on the right side of the face, which can be slightly confusing for a long-time watch wearer like myself. The knob is used here to navigate the device's OS, which is a proprietary system made by MyKronoz. Two buttons flank the crown, and can be customized to launch specific actions.

It was surprisingly easy to look through the mechanical hands to see the contents on bright, colorful display below. The preview units I saw were only running demo software instead of the actual operating system, but I could make out dummy notifications and messages with ease. Plus, with its 200mAh battery, MyKronoz says the watch hands can keep running for 30 days on a charge (that's without the onboard software enabled). With all the smartwatch's features activated, the company promises up to three days of endurance, which is impressive given the two-day runtime that competing devices achieve today. For reference, the recently released LG Watch Style can't even last 12 hours without needing to be plugged back into a socket. The ZeTime will cost a reasonable $199 when it launches later this month on Kickstarter, and for that price, it offers an impressive suite of features. It will have an onboard heart rate sensor and accelerometer to track fitness metrics via MyKronoz's software, as well as send your smartphone notifications and messages to your wrist. If the company's battery life promises hold true, the ZeTime could be a compelling option for smartwatch fans. And even if it doesn't, the novel, yet surprisingly effective method of putting actual watch hands over a display is something that may (hopefully) catch on with other wearable makers.

In this article: gadgetry, gadgets, gear, hands-on, mwc, mwc2017, mykronoszetime, smartwatch, wearables
All products recommended by Engadget are selected by our editorial team, independent of our parent company. Some of our stories include affiliate links. If you buy something through one of these links, we may earn an affiliate commission.