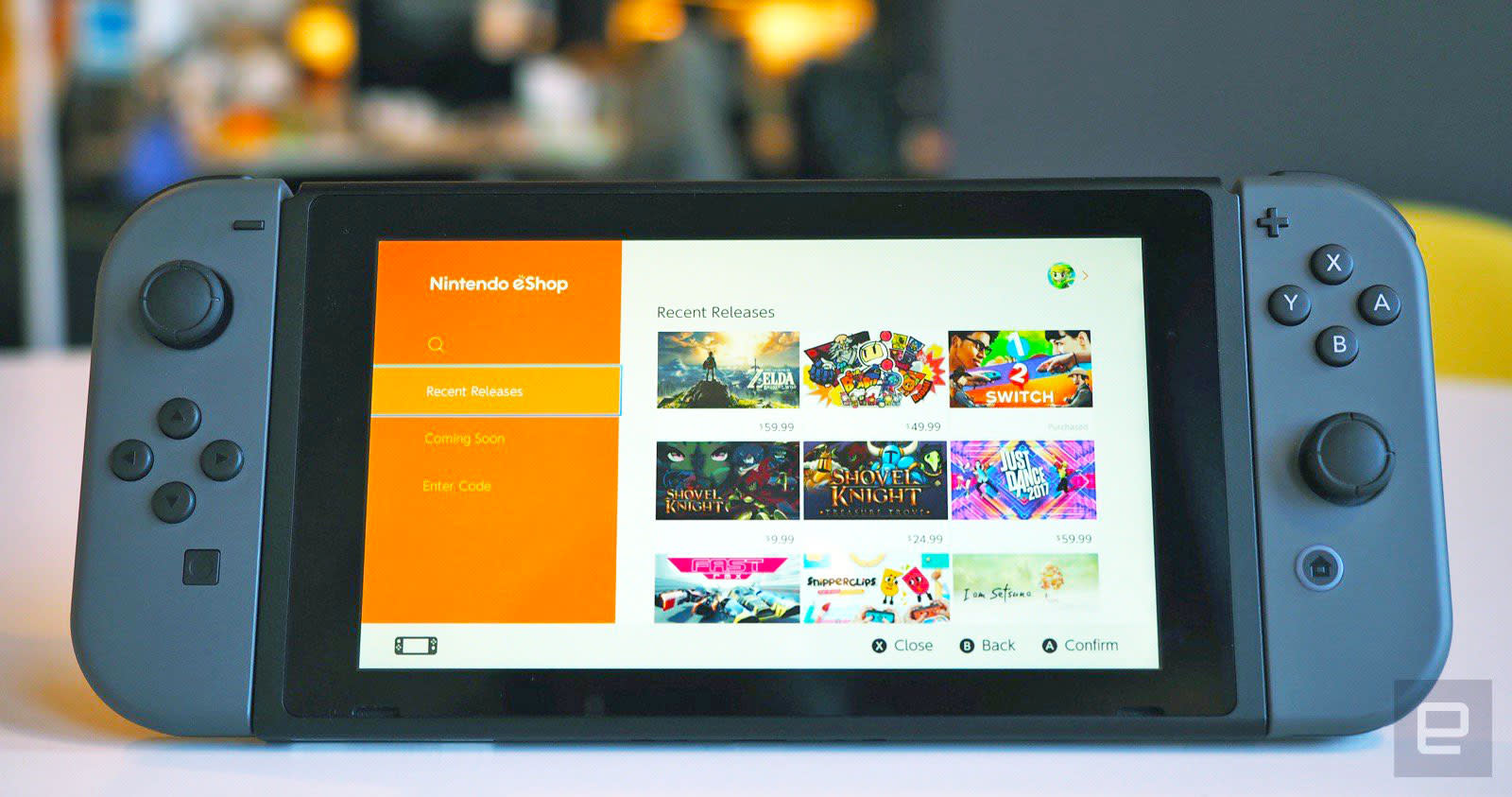 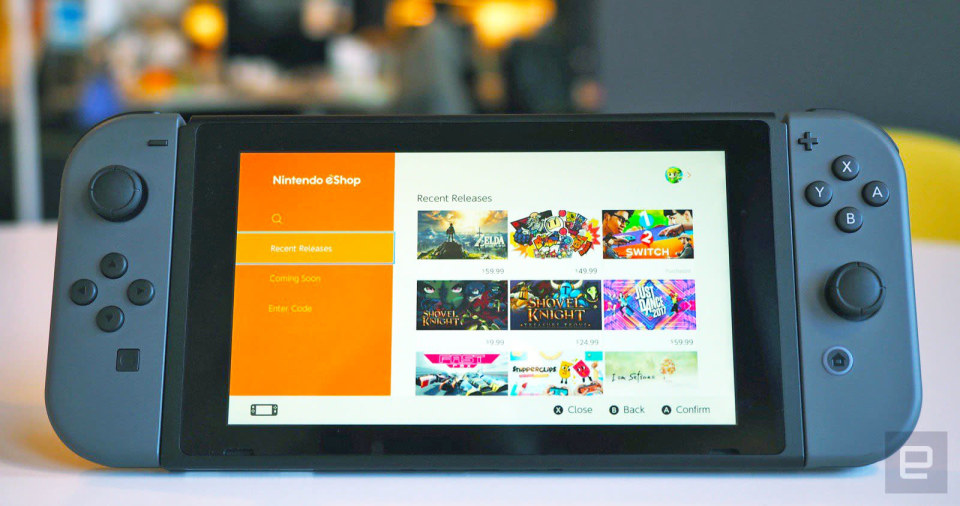 The Nintendo Switch can't do much out of the box. It can play game cards (the system's tiny cartridges), but that's pretty much it. If you're getting a Switch tomorrow, you'll want to make sure you've got internet access to snag its day-one update, which adds support for the eShop, friends list and social-network posting. They're all things we couldn't use while reviewing the Switch, so I spent a bit of time with the new features today to see how they actually work. The update process is surprisingly fast

It took only a few minutes for the Switch to download and install the update. So while it's annoying you have to do it at all, at least you won't have to wait to download a multi-gigabyte file. (That's more than I can say for many big releases on the PlayStation 4 and Xbox One.) There's a good chance Nintendo is simply granting access to features that are merely hidden in the Switch's stock software rather than adding tons of significant new code. The eShop is pretty familiar

It's a Nintendo online store -- come on. As we saw in the preview video yesterday, it's a fairly basic storefront at this point. Along with a search option, there are sections for recent releases, titles coming soon and entering prepaid codes. There aren't any surprises on the individual game pages, either, though I found it helpful that Nintendo has developers make it clear which Switch modes their titles work with, as well as how many players are supported.

The purchasing process is similar to the Wii U and 3DS -- so, kinda clunky. I was surprised the eShop also doesn't store credit-card information. You'll have to plug in all of your details anytime you want to fill up your wallet. That makes it annoying if you prefer to add the exact amount you need for specific purchases, and it encourages you to add more money than you need for future purchases.

The eShop also has only nine titles available in the US: Social-media posting is a cinch

The day-one update lets you link your Facebook and Twitter accounts to your Switch and quickly post screenshots from the system's gallery. Getting images online is a much faster process than it was on the Wii U (which involved logging onto a webpage) and the Switch also adds default hashtags for specific games. This is one feature I see myself using a lot for The Legend of Zelda: Breath of the Wild, because almost every frame of that game feels like a work of art. Yes, the dreaded friend code is making a return. But you can also add new friends by searching for local users, as well as people you've recently played with. I'm still hoping Nintendo eventually moves away from the whole friend-code concept, especially because it's offering a much more robust online network for the Switch. We still don't know how much Nintendo is going to charge for online play (we're hearing between $20 and $30 annually in Japan), but Switch owners will be able to use the network free until the fall.

In this article: consoles, gadgetry, gadgets, gaming, gear, nintendo, patches, Switch
All products recommended by Engadget are selected by our editorial team, independent of our parent company. Some of our stories include affiliate links. If you buy something through one of these links, we may earn an affiliate commission.