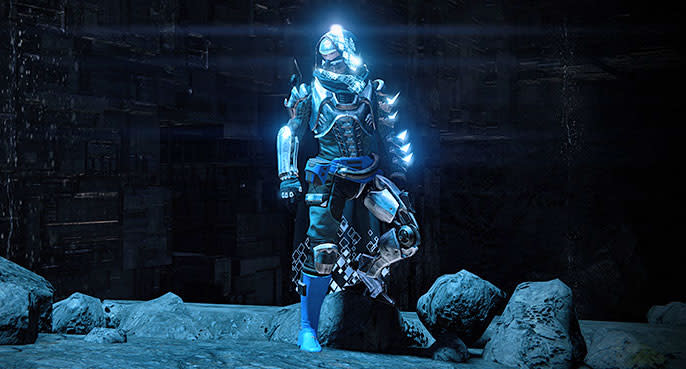 As the sun sets on Bungie's shooter MMO Destiny, its fans look ahead to a new dawn, when the old game hands its reign (and playerbase) over to its sequel coming sometime this year, currently called Destiny 2. Unfortunately, its loyal constituency had a bit of a rude awakening this morning when Bungie announced that every player character would be reset going into the new game. That's right, folks: All your Gjallarhorns, No Land Beyonds and skill points won't be coming along for the ride.

Your Guardians will still be kitted-out Trials-rocking demigods if you load them up in Destiny 1, but all power, possessions, and Eververse-related items and currency will be locked in the first game. The only that will carry forward are personalizations for characters that have made it past Level 20 and completed the Black Garden story mission.

This global reboot might be a harsh blow to folks who have been grinding away for years at the RNG altar of Destiny's miserly loot-awarding system, but it's a no-frills way to ensure player parity. Nobody else will be carrying their PVP-dominating legendary weapons into the new game, either. It also gives the sequel's developers all the room they need to improve and advance the game without having to keep accounting for legacy guns and powers.

Bungie is sending off the original Destiny with one last event: Age of Triumph. The studio will reveal details of its first MMO's last hurrah on March 8th, when it will trot out members of the Live Team to explain the game's final block of new content. Event rituals will follow on March 15th along with a sandbox update on the 22nd -- and then we play the waiting game for the sequel.

In this article: av, bungie, destiny, destiny2, gaming, mmo, sequel, shooter
All products recommended by Engadget are selected by our editorial team, independent of our parent company. Some of our stories include affiliate links. If you buy something through one of these links, we may earn an affiliate commission.