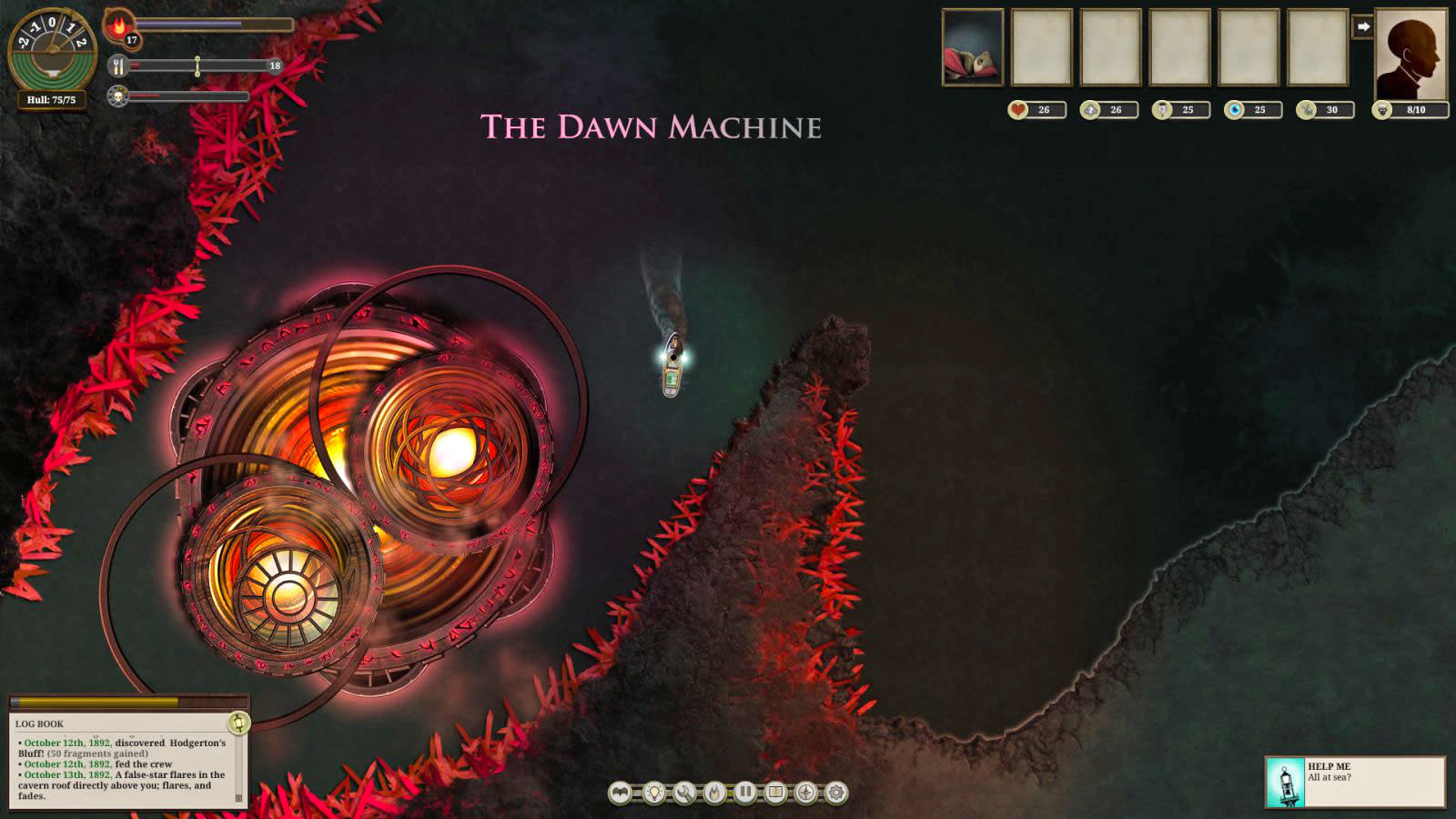 Aquatic RPG Sunless Sea has been a big win for British indie developer Failbetter Games. The well-reviewed game has sold half a million copies since its 2015 PC release, and soon, iPad users will be able to get in on the Victorian Gothic adventure. Not long after sequel Sunless Skies very quickly exceeded its Kickstarter funding goal, Failbetter Games announced that Sunless Sea is headed to iPad on March 23rd.

In a statement, the developer said it's bringing the game to iOS with help from porting specialists BlitWorks, which previously worked on mobile adaptations of Bastion, Invisible, Inc. and other titles. The iPad version is a direct port of the PC game and includes all updates and additional content. Well, almost all, since October's "Zubmariner" extension won't be included. While that's a bummer, the port will include critical updates like "Steel," which replaced the game's turn-based battles with a real-time combat system. That's big, since the sluggish fighting pace was one of few criticisms Joystiq cited in its review of Sunless Sea's Steam Early Access release.

Failbetter Games has yet to reveal the app's price. For reference, though, the game currently retails on Steam for $19. That would be pricey for an iPad game, but the BlitWorks-assisted adaptations mentioned earlier currently go for $5 each on the App Store, so perhaps that's closer to the truth.

In this article: Bastion, BlitWorks, FailbetterGames, gaming, IndieGames, InvisibleInc, ios, IosGaming, ipad, mobile, pc, PcGaming, rpg, steam, SunlessSea
All products recommended by Engadget are selected by our editorial team, independent of our parent company. Some of our stories include affiliate links. If you buy something through one of these links, we may earn an affiliate commission.