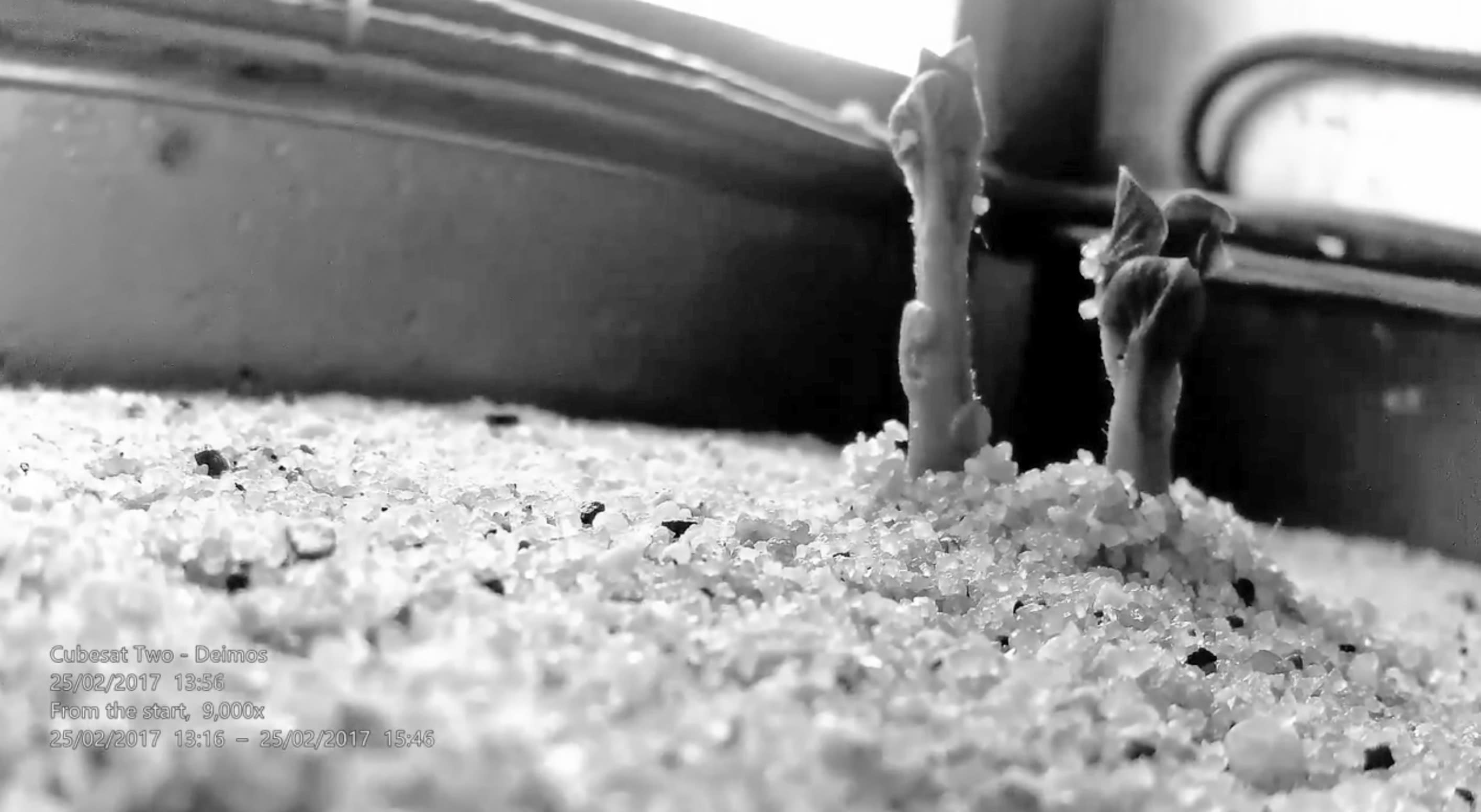 It looks like Mark Watney, the fictional, stranded astronaut in The Martian, was right about one thing. Potatoes can grow on Mars. The International Potato Center (CIP) in Lima placed a special potato inside a sealed container that simulates Mars temperature, air pressure, oxygen and carbon dioxide levels. The results so far are positive; cameras inside the canister show sprouts.

The current potato experiment is inside a CubeSat, a small, modular satellite that can be sealed against the hazards of space. It allows the experimenters to create a Mars-like environment without going to the red planet itself.

"Growing crops under Mars-like conditions is an important phase of this experiment," research associate Julio Valdivia-Silva told Phys.org. "If the crops can tolerate the extreme conditions that we are exposing them to in our CubeSat, they have a good chance to grow on Mars. We will do several rounds of experiments to find out which potato varieties do best."

"Well, they've known for a while that crops can grow in Martian soil," science nerd and author of The Martian Andy Weir told Engadget. "It's just a matter of cleaning the perchlorates out of the soil, and providing an Earth-like environment (air, water, temperature, etc.)." This current experiment takes things even further by simulating more of the Martian environment.

The potato already has a great genetic capacity for adapting to extreme environments, according to CIP breeder Walter Amoros. An earlier phase of the project used soil from a desert in Southern Peru to prove that the tubers could grow in salty, dry conditions.

Potatoes are important for another reason, as well. Weir's famous astronaut ate potatoes because they have the highest calorie yield per land area of all crops. Getting more calories with less farming space is important.

This is the second phase of the Potatoes on Mars project, which aims to figure out which extreme conditions the hardy tuber can thrive in. If they can grow on Mars, surely they can survive in areas here on Earth that have been devastated by climate change.

In this article: AndyWeir, applenews, CIP, farming, food, InternationalPotatoCenter, MarkWatney, Mars, potato, science, soil, space, TheMartian, TL17MARS, tomorrow
All products recommended by Engadget are selected by our editorial team, independent of our parent company. Some of our stories include affiliate links. If you buy something through one of these links, we may earn an affiliate commission.