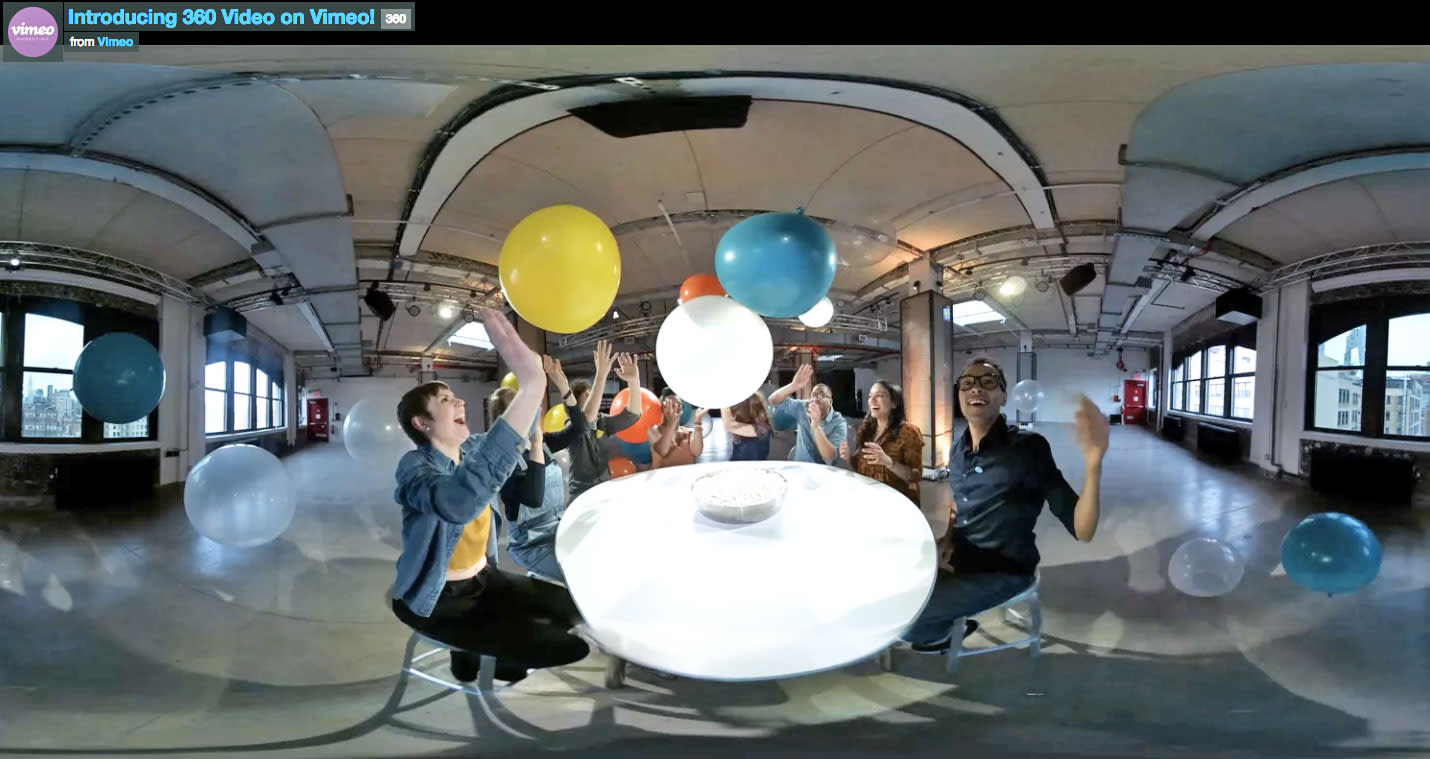 Virtual reality hardware wouldn't be anywhere without content to play on it -- that's why so many big video companies are putting resources towards immersive, 360-degree video playback. Facebook and YouTube have both supported 360 videos for a while now, even letting users livestream (provided they have the right gear, of course.) It may be a little late to the party, but Vimeo is also getting into the game. While there's no livestreaming to be found yet, the platform now fully supports 360-degree video uploads and playback in a variety of ways.

From a playback perspective, 360-degree playback is now integrated into the website as well as the iOS and Android apps. You can watch video in either monoscopic or stereoscopic mode -- the latter of which means you'll be able to properly view this footage while wearing a VR headset. Not all headsets are supported today, however. For starters, Vimeo's 360 video will work with Google Daydream, Samsung's Gear VR and the Zeiss VR One. But support for the Oculus Rift and HTC Vive is coming soon.

Watching these videos is pretty straightforward. On the web, you can just click and drag anywhere in the video to look around; on a smartphone, you just swipe around the screen. You can also use your computer's trackpad to pan around, and there's also a helpful little compass that shows which way you're "facing" in the 360-degree landscape -- tapping or clicking that restores you to the default point of view, assuming the uploader enabled it.

Vimeo has a reputation of being a platform designed with "serious" video creators in mind, and it shows in how they're rolling out 360 video controls to those uploading video. You can set exactly how wide of a field of view you want to see when the video starts and also adjust the position in 360-degree space so that viewers see what you want when the video starts up. All the same features you find when uploading standard videos are here, like detailed metadata fields and custom embed settings.

Creators who want to monetize their 360-degree creations will be happy to know that Vimeo is also offering a marketplace where customers can buy their videos. Vimeo On Demand lets uploaders in the "pro" and "business" tiers set whatever price and terms they want for their videos, including full purchase, rental, and subscription options.

Additionally, Vimeo will offer a 360-degree video school to help shooters find best practices for using the new format. And if you just want to find video to watch, the platform will be curating and sharing its favorite clips in a dedicated channel. If you want to see Vimeo's take on 360-degree video, it'll be available in the company's apps and on the web today.

In this article: 360degreevideo, av, entertainment, internet, TL17360VID, videmo360degrees, vimeo, vimeo360, vimeoondemand, virtualreality, vr
All products recommended by Engadget are selected by our editorial team, independent of our parent company. Some of our stories include affiliate links. If you buy something through one of these links, we may earn an affiliate commission.